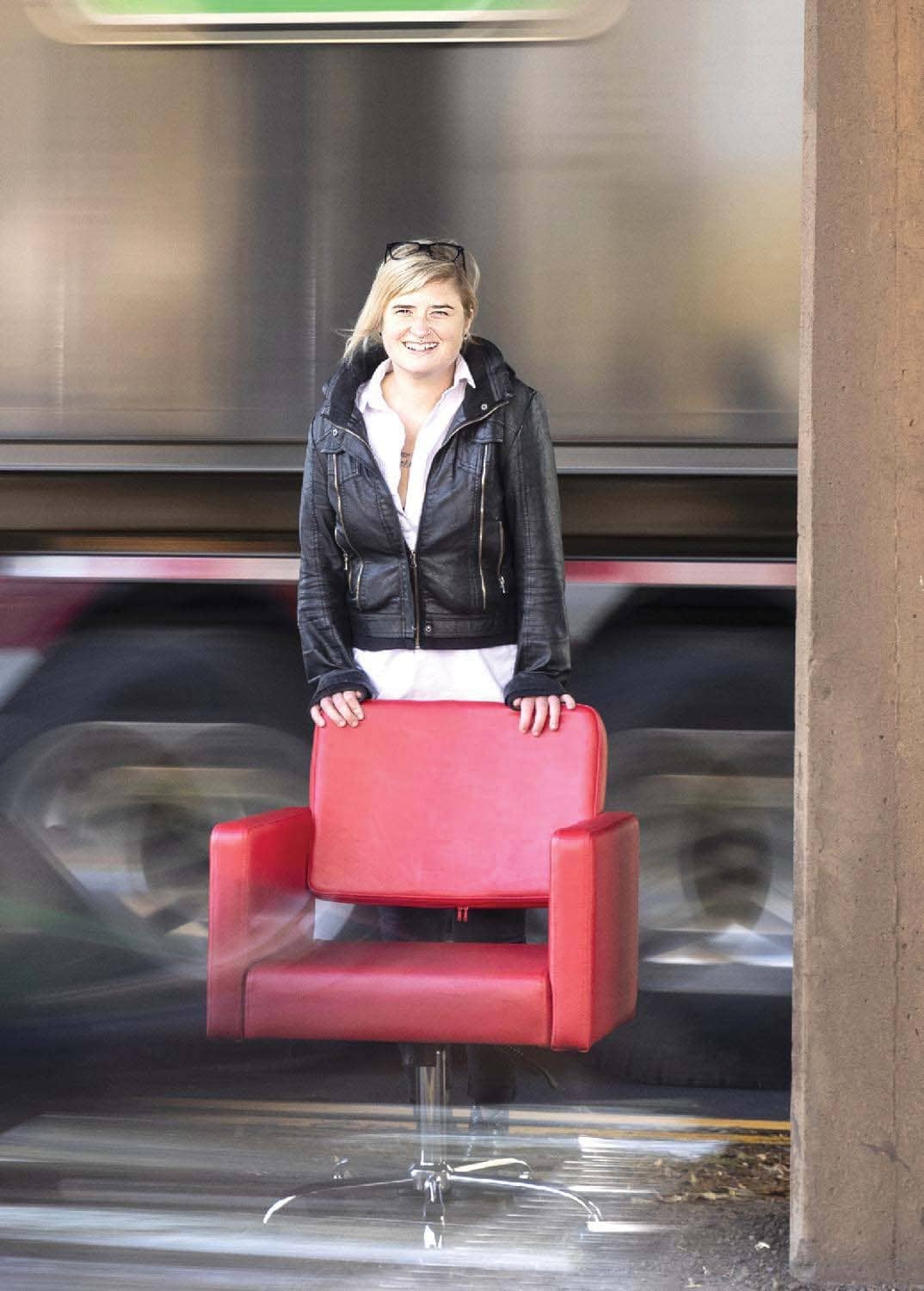 Wheeling her red chair and scissors around the city, a salon owner gives out-of-luck strangers the gift of visibility—one free hairdo at a time
Frank Bures

Last summer, Katie Steller pulled off the freeway on her way to work in Minneapolis. She stopped at a traffic light, where a man was sitting with a sign asking for help. She rolled down her window.

“Hey!” she shouted. “I’m driving around giving free haircuts. If I go grab my chair, do you want one right now?”

The man looked to be in his 60s. He was heavyset, balding, and missing a few teeth. As Steller likes to tell the story, he laughed, then paused. “Actually,” he said, “I have a funeral to go to this week. I was really hoping to get a haircut.” “I’ll be right back,” Steller said. She drove off, went to the salon she owns, and recruited one of her stylists to help her load a red chair into her car. Then the two of them drove back. The man, named Edward, took a seat, and they trimmed his curly graying hair. He told them about growing up in Mississippi, about moving to Minnesota to be closer to his adult children, and how he still talks to his mom every day.

After Steller was done, Edward looked in a mirror. “I look good!” he said. “I’ll have to remember to put my teeth in next time.”