If I Ruled The World-Mick Hucknall 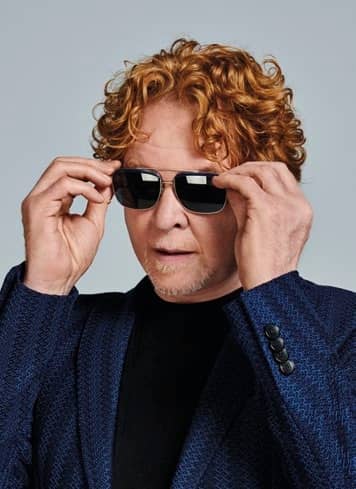 As frontman of Simply Red, Mick Hucknall has sold more than 50 million albums and this month releases the band’s first LP in four years. He and wife Gabriella are parents to Romy, 12

We’d do better by our youth.

People of my generation and older are failing young people when it comes to the environment. There have been persistent warning signs over a period of many years about, say, carbon dioxide and methane and it’s not that we’re not doing anything— we’re just not doing nearly enough. I see planes passing overhead every 30 seconds and that’s got to be a serious environmental problem. Why have we allowed people to make so many aeroplanes without putting environmental checks on them? Where’s the development for solar-, wind- and battery-powered jet engines?

I’d stop this obsession with building borders and walls.

Brexit supporters and Donald Trump are synonymous in that respect, if you ask me. They seem preoccupied with putting up borders and walls when we should be doing precisely the opposite. We need fewer walls, fewer borders and more interaction, more free trade, more open markets and more unified action to make this world a better place.

I would ban Donald Trump.