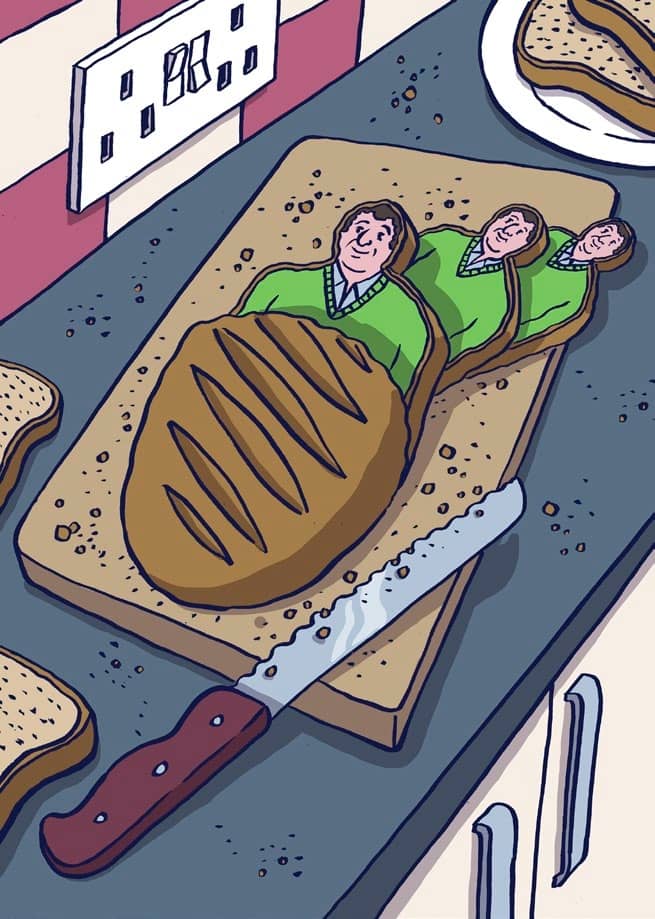 DID YOU HAVE a nickname at school? I did: "Loafa". Pronounced "loafer", to imply a louche, laid back vibe utterly at odds with my character but with enough positive connotations that my friends were content to fling it at me. How redolent of the late 1990s; that an "a" on the end betrays this as the era of Ali G, when white sixth-formers in independent schools thought it was amusing to appropriate the language of gangsta rappers. Innit.

Two events had earned me the moniker. First, a coach trip to see An Enemy Of The People at the National Theatre. My A-Level Theatre Studies class stocked up on solids beforehand: the school hadn’t organised dinner, and we’d read enough Ibsen to predict it was going to be a long night. My mates mostly opted for pick n mix or Monster Munch, but I—rather sensibly, I thought—bought a loaf of bread. Unsliced. My intention was that we could pass it around the coach, tear-and-share style; some welcome sustenance to accompany the synthetic cocoa and palm oil pastilles. But, as I had no knife, my burrowing fists, tearing out chunks like a caveman, were met with hilarity.