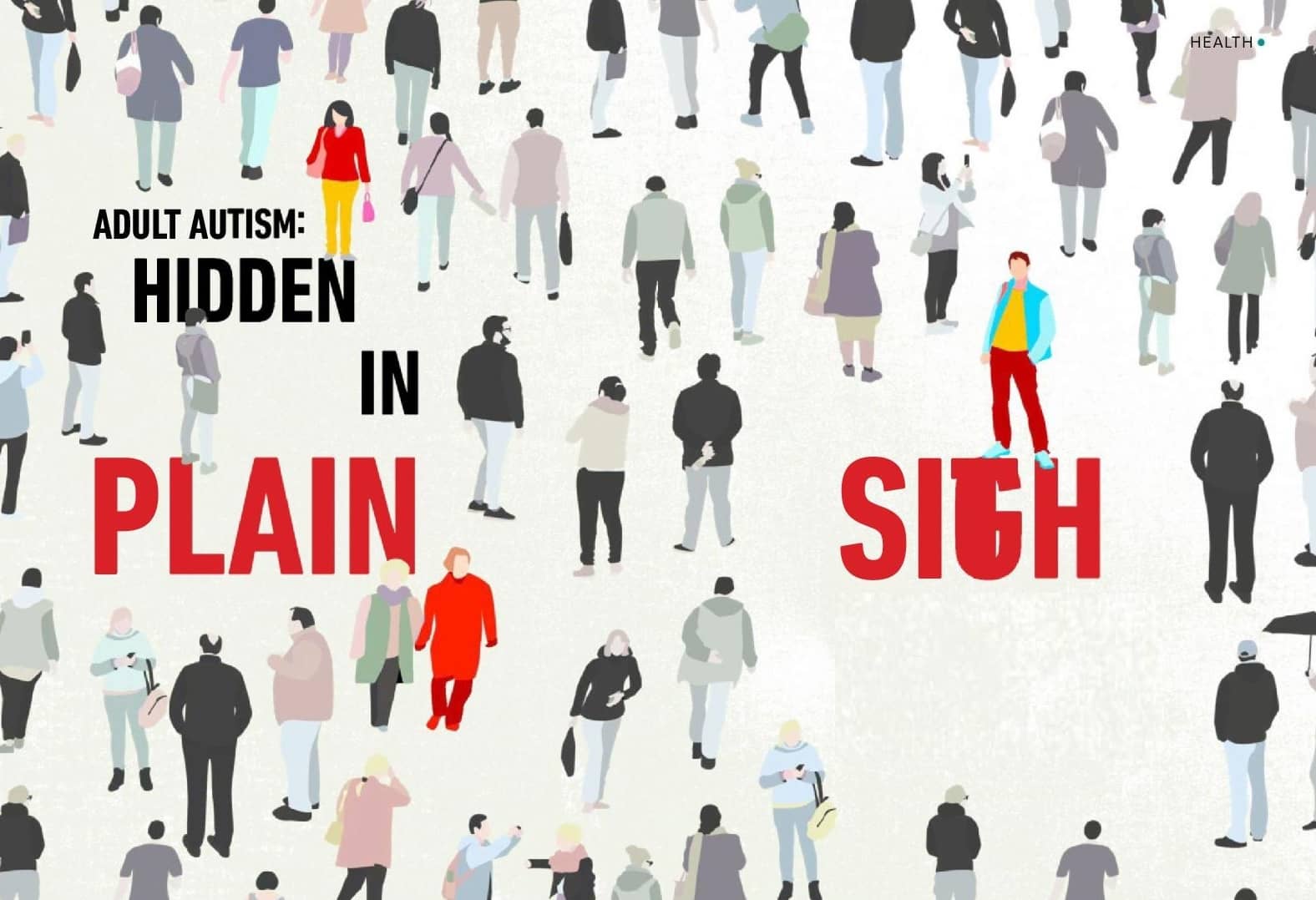 Sometimes autism is not diagnosed until well into adulthood. The news can be both a shock and a relief

After a particularly stressful day at work three years ago, Jo Bervoets, 51, an engineer from Antwerp, Belgium, headed home, only to discover the train station was noisier and more chaotic than usual.

“I was already a little bit lost in my head before I went to the train station,” says Bervoets. He had recently started a new job, and the fact that he couldn’t connect with his new coworkers had left him feeling anxious. “I just took whatever train was going in the direction of Antwerp.”

When the train pulled into his station, Bervoets headed for the shared-bike station where he usually grabbed a bicycle to pedal to his neighbourhood, but there was none available. Feeling overwhelmed, he suddenly realised that he didn’t know how to get home.

“I phoned my wife, and somehow I got home,” Bervoets says. After three months at his new job, he’d burned out. “I completely crashed, and it was black.” He says his memory is still fuzzy about what happened that day.

Too upset to return to work the next day, Bervoets consulted a psychiatrist. She decided to send him to another specialist for testing. After two months of evaluation, he received a formal diagnosis: autism.

“It was a surprise,” says Bervoets. He and his wife, Els, did some online research and quickly realised that the diagnosis explained some of his odd behaviour, such as insisting that things had to be in a certain place and turning off the lights in a particular order. “Very quickly, it made sense,” he says. “It was a relief.”

Autism is a developmental disability that impacts the way that people interact and communicate with others throughout their lifetimes. Experts aren't sure what causes the condition, but people may have a genetic predisposition toward autism, which sometimes runs in families. Autism is also more common among people who have sensory processing disorders, which makes people abnormally sensitive to things that affect any of their five senses, such as loud noises.

Autism was once believed to be rare, but studies show that it affects about one in 100 people. An estimated 7 million people in Europe have some form of autism.

Males are more likely to be diagnosed than females, although experts aren’t sure why. Some theorise that females may be less likely to inherit the condition, while others hold that autism presents differently in females, leading to underdiagnosis.

“It seems that there might be a female autism phenotype, which doesn’t fit with the profile usually associated with men and boys on which assessment tools are usually based,” says Aurélie Baranger, director of Autism-Europe, a Brussels-based advocacy group.

Symptoms include a wide range of disabilities, which appear early in childhood, with diagnosis after the age of four, on average. Doctors use the term “autism spectrum disorder” to encompass everyone who’s been diagnosed. At one end of the spectrum, symptoms are so severe that people who don’t get the right support are unable to communicate and require lifelong assistance. At the other end of the spectrum, people have such subtle symptoms that they may function like anyone else (perhaps with some odd habits), and their autism may go undetected well into adulthood.

People with autism may follow strict routines and focus on their own narrow interests. But this is not true for everyone with the condition.

“I don't think you can generalise anything with regards to autism, but many have this idea of hypersensitivity and the world being too much,” says Kristien Hens, an autism researcher at the University of Antwerp. “The world is too fast and they have to take more time to process the information that they receive.”