An Elephant in My Kitchen 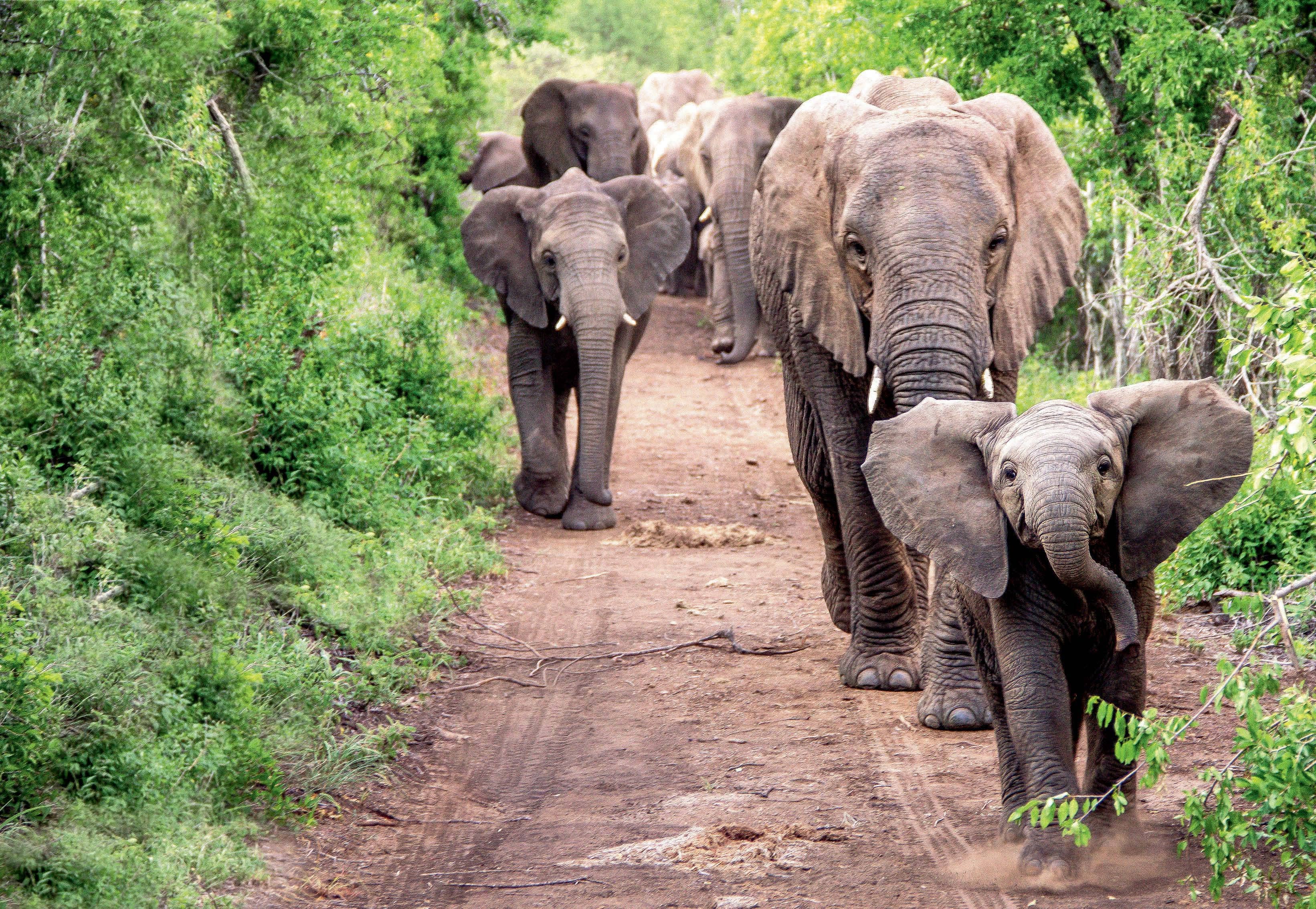 Following my husband’s death, I found myself in charge of the African nature reserve we created together. I didn’t know where to begin

I grew up a city girl, a Parisian through and through, who could tell the quickest way to Saint-Germain-des-Prés but who knew nothing about animals. Our family never even kept pets. Living and working in the city, even a beautiful one like Paris, leaves no time to notice nature. It’s métro, boulot, dodo, as they say in France, when life is a relentless treadmill of commute, work, sleep. Yet, even as I pounded the Parisian treadmill, somewhere deep inside of me I always felt that I would end up in a foreign country. But living in the sticks in Africa? Not that foreign. And yet, here I was, in the sticks, all by myself.

It was my husband Lawrence Anthony, a South African, who brought out the wanderlust in me. I’d met him in London in 1987, and a year later I gave up my job and my chic Montparnasse apartment and moved to South Africa. I started a fashion business in Durban, but we were drawn to the bush, and eventually we bought a game reserve—a beautiful mix of river, savannah and forest sprawled over 1,500 hectares of the rolling hills of Zululand, KwaZulu-Natal. There was an abundance of Cape buffaloes, hyenas, giraffes, zebras, wildebeest and antelopes, as well as birds, crocodiles and snakes of every kind.

We named our preserve Thula Thula. We added elephants, rhinos and hippos, and soon we were working to save our Noah’s Ark from the predations of poachers and hunters who roamed the countryside for fun and profit. We built seven luxury chalets under the acacia and tambotie trees on the banks of the Nseleni River and opened the Elephant Safari Lodge in June 2000. I employed some locals, taught them about office-work, dealing with guests and cooking French dishes. Lawrence handled everything to do with the reserve—he mended fences, monitored security, improved the dirt roads and cleared the vegetation.

Then in March 2012, at age 61, Lawrence died of a sudden heart attack. And now here I was, alone, burying my husband and I didn’t know where to begin. 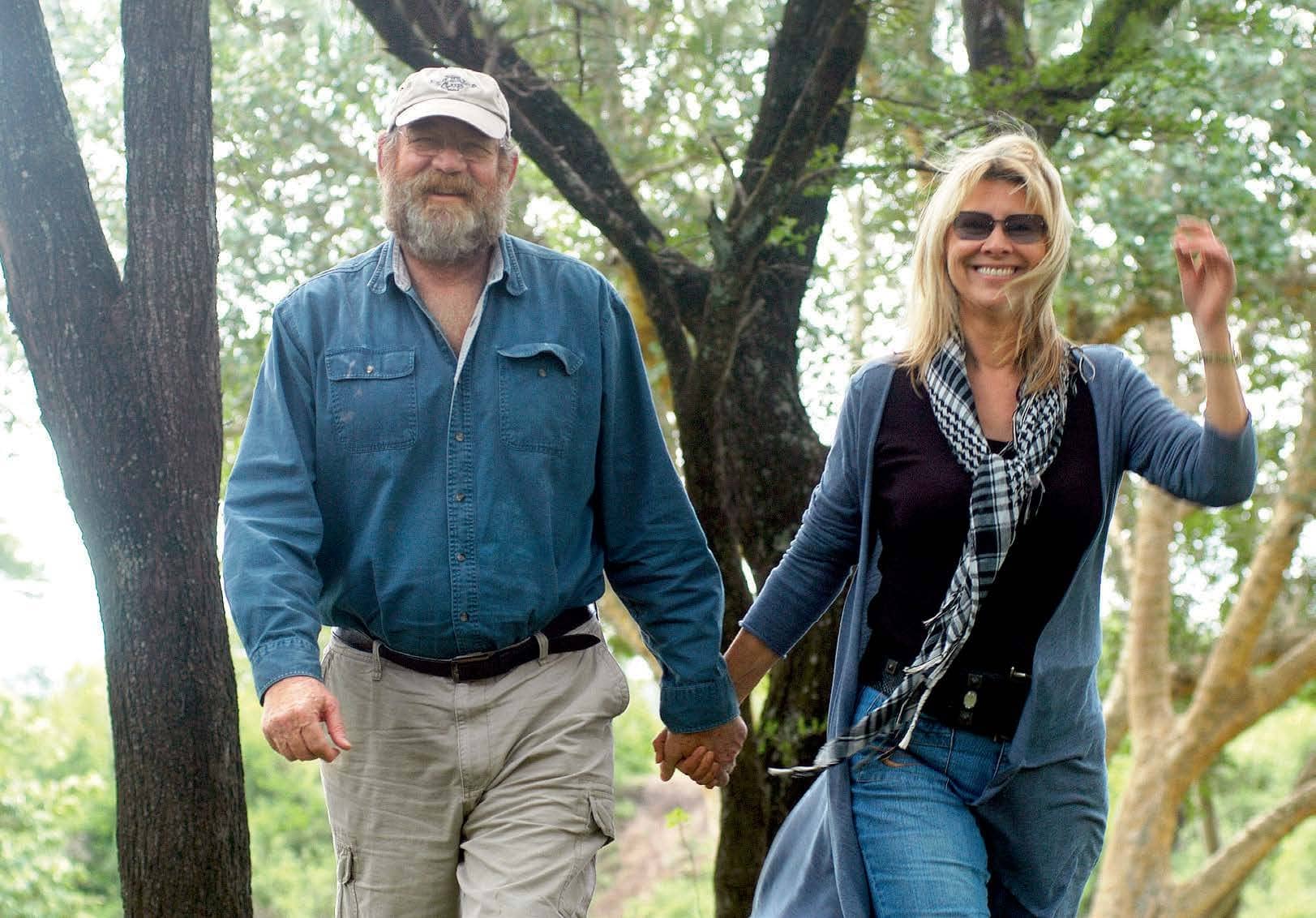 By then I had been in South Africa for over 20 years. We had expanded Thula Thula to three times its original size. And though a part of me yearned for the busy familiarity of Paris, I knew my life was in South Africa. I loved Africa and embraced its melting pot of traditions and cultures.

I soon faced my first baptism by fire. It was only a few days after Lawrence passed away when I received a radio call. Poachers. Our rhino calf Thabo, a strapping three-year-old male, had taken a bullet.

When Lawrence was alive, he handled the emergencies. I had no clue what to do. I was simply shocked that poachers had the gall to breach our fence in broad daylight; they hadn’t even bothered to use silencers. Perhaps they knew Lawrence had recently died, and assumed that our security would have been dropped.

At that point we had 23 guards who were supposed to watch over the animals, sweep for snares and act as first responders, if poachers entered the reserve. A rumour suggested it was an inside job. Perhaps a guard had been bribed? Maybe someone was trying to frighten me into leaving?

The rangers reported that there was a lot of blood, but Thabo’s female companion, Ntombi, wouldn’t let anyone near him. And then the hyenas, smelling blood, began to pester them.

I talked to our vet, who was three hours away by car or 30 minutes and 30,000 rand (about ₹1,36,646) by helicopter. I told him that the rangers had seen Thabo take a few steps. “That’s good news,” he assured me. “If he’s walking and not in obvious pain then the bullet probably didn’t damage any bones. He won’t be comfortable but it doesn’t sound life-threatening. I’ll be there in the morning. Keep him safe until then.”

No one slept a wink that night. The rangers gave Thabo and Ntombi their space, but kept an eye on them all night. Thabo eventually lay down, while Ntombi stayed vigilant and spent most of her time chasing off hyenas. Rhinos have terrible eyesight but a great sense of smell, so Ntombi knew these small but dangerous predators had arrived long before the rangers did.

By daylight, I’d arranged for two ex-military men to reinforce our security. When the vet arrived, he darted Thabo while the rangers kept Ntombi at a safe distance.

“It’s a flesh wound,” the vet announced. “The bullet missed the bone by millimetres.”

I will always be grateful that those poachers were such useless marksmen.

For weeks afterwards Alyson, a veterinary nurse and one of our main caregivers, cleaned the gunshot wound every day. Thabo was healing well. But, he was still traumatized. He lost weight, cried out in the night and became worryingly lethargic.

One day Thabo lay down at the edge of the dam on the river, with his face completely submerged. Although rhinos are quite good at holding their breath, one of his guards was so worried that he sat next to him on the bank of the dam, cradling his head in his lap until he was ready to get out.

Lawrence was gone. I had a rhino in trouble and security men I couldn’t rely on. And since booking after booking had been cancelled after news broke of Lawrence’s passing, I also had an empty bank account.

The pressure to deliver was enormous, and I struggled against the scepticism of people who didn’t believe in me, who didn’t think I could manage. Most thought I would go back to France. But how could I leave Thula Thula, the dream that Lawrence and I had fought so hard for? I worked with the most wonderful people. They were my family and I couldn’t abandon them. And there was our special herd of animals, many of whom we had raised from babies. They were family too.

I had a lot to learn, but I slowly found my feet. Everyone did everything they could to help Thabo get better, and eventually he recovered from the trauma. I set up meetings with the staff to go over reserve and animal issues and to agree on priorities. I reorganized the security staff. And I launched our own rhino fund—I realized that without money, the animals wouldn’t be safe. Money flowed in, enough to pay for extra guards and buy extra security equipment.