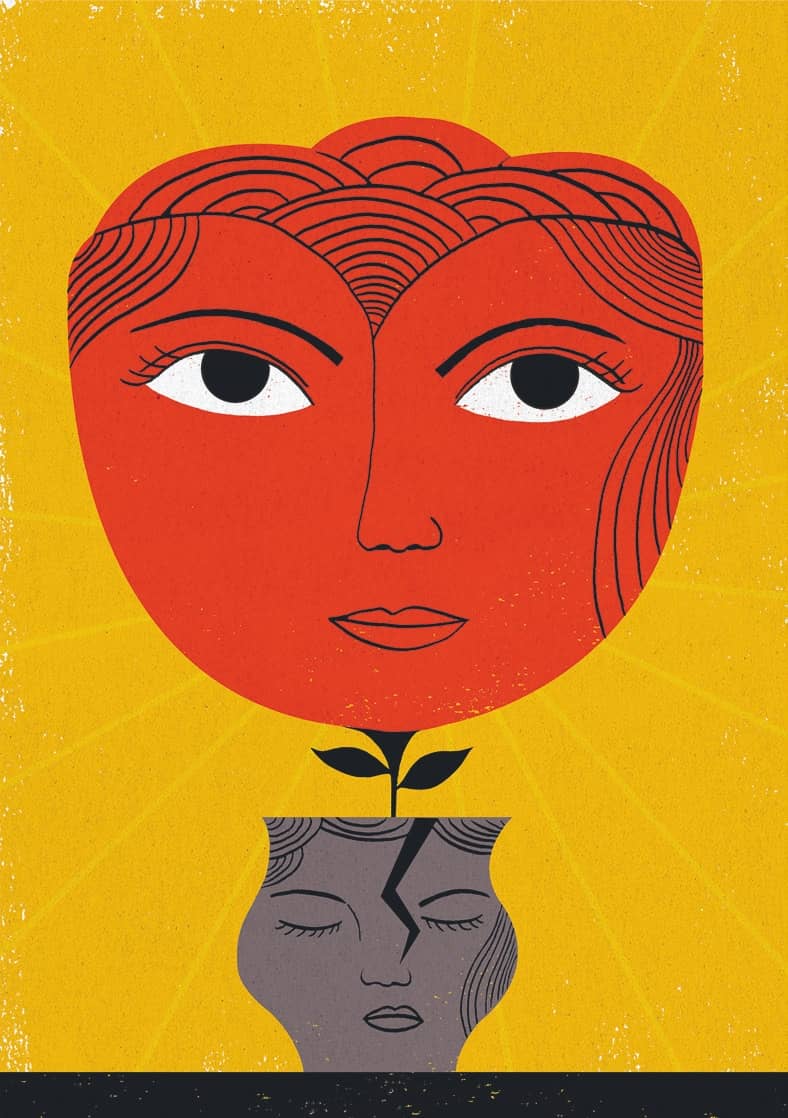 How to get past the regret trap
Dawn Calleja
FARRAH* STOOD on the porch, stunned. Lying on the grass, surrounded by their closest friends, was her husband of seven years, staring longingly into the eyes of a female coworker who had become part of their social circle. Farrah, who lives in Vancouver and is in her 40s, had known for at least a yearâ€‹ that something was off in her marriage. Her husband chatted constantly about his new colleague, but Farrah dismissed it as an innocent crush. “I believed he would never cheat on me,” she says.

Looking back now, eight years after the fact, it’s obvious to her that he was having an affair. At the time, however, Farrah couldn’t even admit it to herself, let alone call him out. And so the relationship dragged on for another year, with Farrah experiencing chronic pain and fatigue—her body seeming to know what was coming before her brain did.

The end, when it finally came, was ugly. And almost immediately, she began to beat herself up. “I regretted not valuing myself enough to ask the hard questions, and I regretted the time I wasted,” she says. In her darkest moments, her regret even extended back a full decade, to when they first got together. Why did she let the relationship bloom when she knew they had so little in common? What might her life have looked like if she’d never met him?

Feeling regret is a normal part of life, but wallowing in the woulda-coulda shoulda's can lead to anxiety and depression—and prevent you from moving forward. Here are some tips to train your brain to move on.

GIVE YOUR PAST SELF SOME SLACK

In the field of psychology, regret is known as “downward counterfactual thinking”—reimagining a past where the decisions we make lead to the best possible outcomes.