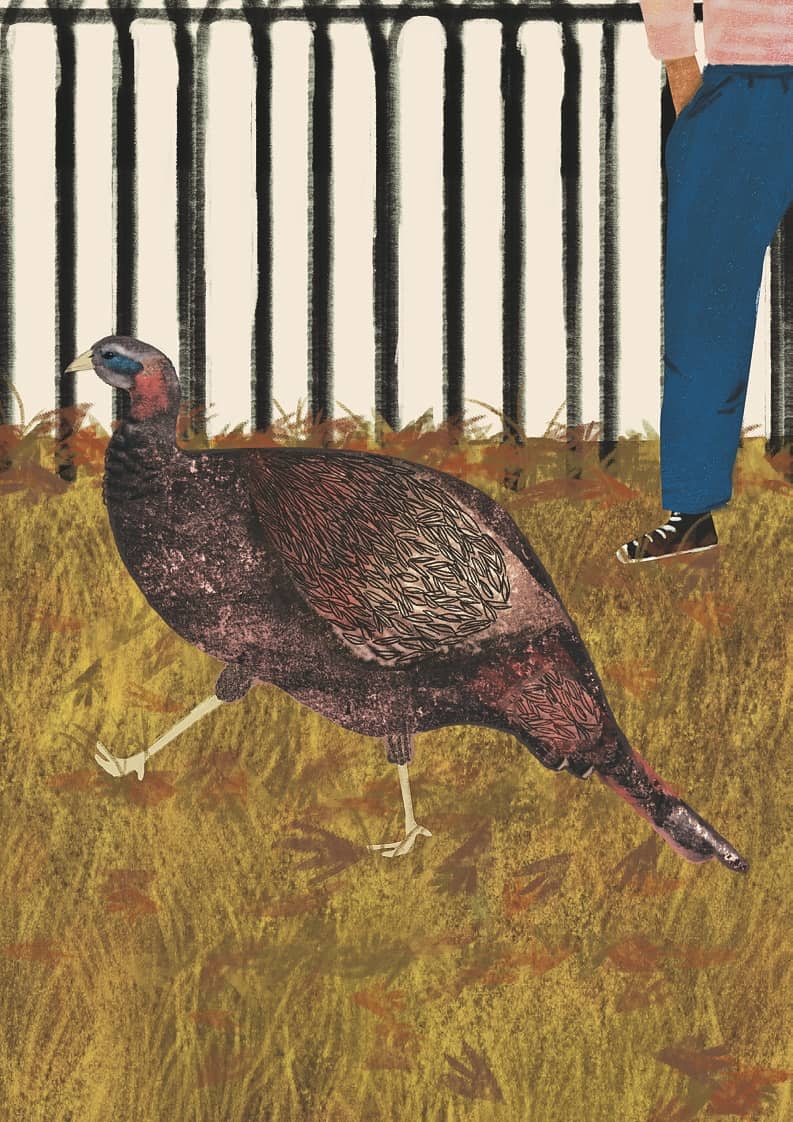 I FIRST NOTICED HER one evening in October 2018. A shadow, she was without shape, at first. Then, I saw clearly that this was one big bird who’d come calling at my local park in downtown Toronto.

I was trepidatious, and felt compelled to find out more. Being so out of place, alone and, well, so large, she became more than a passing focus; she became an obsession. This was not a basted Butterball, this was a wild thing with considerable mojo.

Thanks to repopulation efforts in the 1980s, eastern wild turkeys can be found across southern Ontario. But, what was Rose doing in the middle of Toronto? What did she want? Some Indigenous peoples consider wild turkeys to be messengers and teachers. Turkey feathers are used in ceremonies and the bird ranks highly in its spiritual significance. What was her message to me? To us?

I was about to retire after many years as the founder and chief executive of a child welfare agency, and felt just a little lost for it. I fixated on what Rose might mean to me. Was she an old bird without purpose who chose to retire to a place without pesky coyotes and the stresses of everyday turkey life in the wild? Or, was she lost?

Maybe she had been heading somewhere, following those old pathways that wild things know but are long forgotten by us. My house sits on the bank of a buried creek that runs audibly beneath 12 feet of infill. Had she been following a primordial highway of waterways and old ravines down to the lake and beyond? I could not accept her visit was pure chance.