WHEN THE RAINY DAY ARRIVES 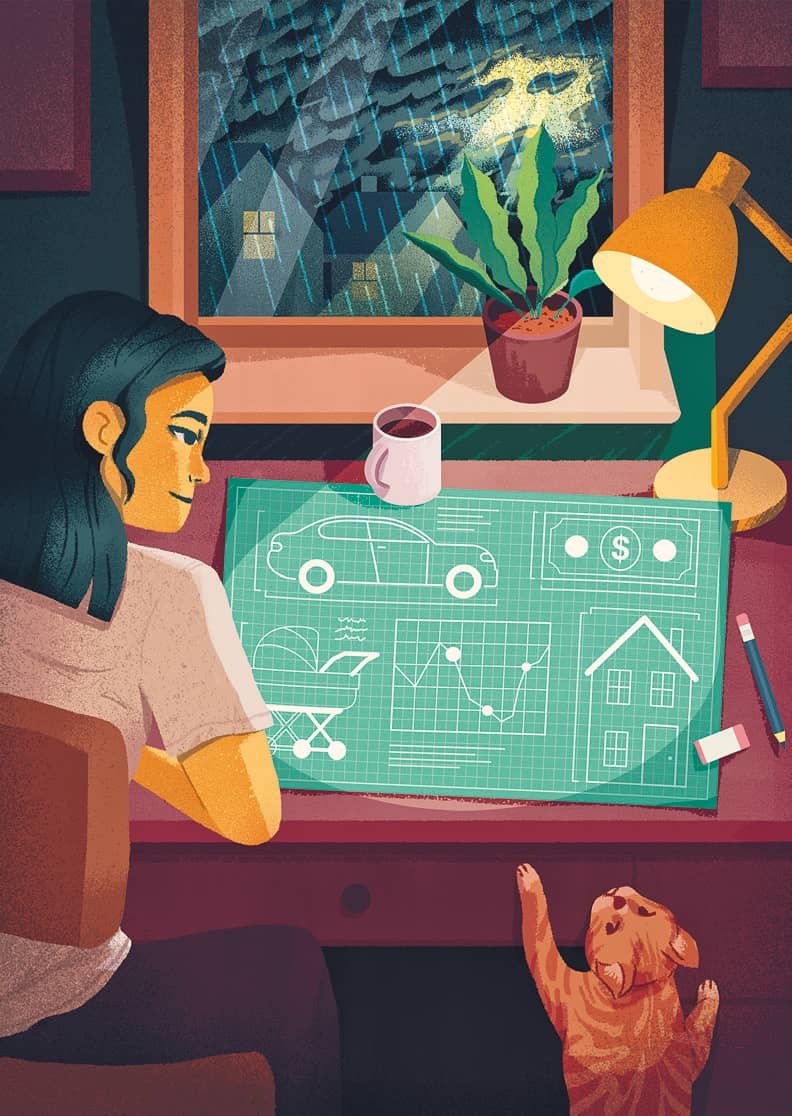 The COVID-19 pandemic also poses a threat to retirement savings. Here’s how you can bounce back

THE NIGHT OF this past February 25 was one I’ll never forget. Earlier in the day, my wife and I had paid a photographer a $1,000 deposit for my daughter’s bat mitzvah in August. Even bigger bills for the event would be due soon. That week, thanks to growing concerns over COVID-19, our bat mitzvah savings, which were tied up in a mostly stock-filled tax-free savings account (TFSA), fell by about 7 per cent. I began to panic: what if it falls further and I can’t afford to have the party?

The next morning, I moved all of the money in that account out of stocks and into cash, narrowly avoiding a steeper loss as the market fell by close to 30 per cent over the next few weeks. What I didn’t do, though, was sell off my retirement assets held in a registered retirement savings plan (RRSP), which lost thousands of dollars in that first month. I turned 40 this past February, so it’s likely that I’ll make that money back and then some by the time I retire.

It’s a different situation for my father, a 66-year-old project manager who still takes on freelance contracts. If the market doesn’t rebound in the next couple of years, the hit to his savings could force him to significantly rethink his retirement plans.

No matter your age, a financial crisis will impact your savings, investments, and earning power. What you can do about it depends on how much time you have left before your last day of work.

In some ways, the youngest group of savers—people between 25 and 39— are in the best shape during and following a crisis, says Allan Small, a senior investment advisor in Toronto. Many of them don’t have much money in stocks, which rise and fall more dramatically than a savings account. Whatever they do have in stocks, though, has plenty of time to recover from the fall. “Investments will not go to zero, and we will get through this,” says Small.