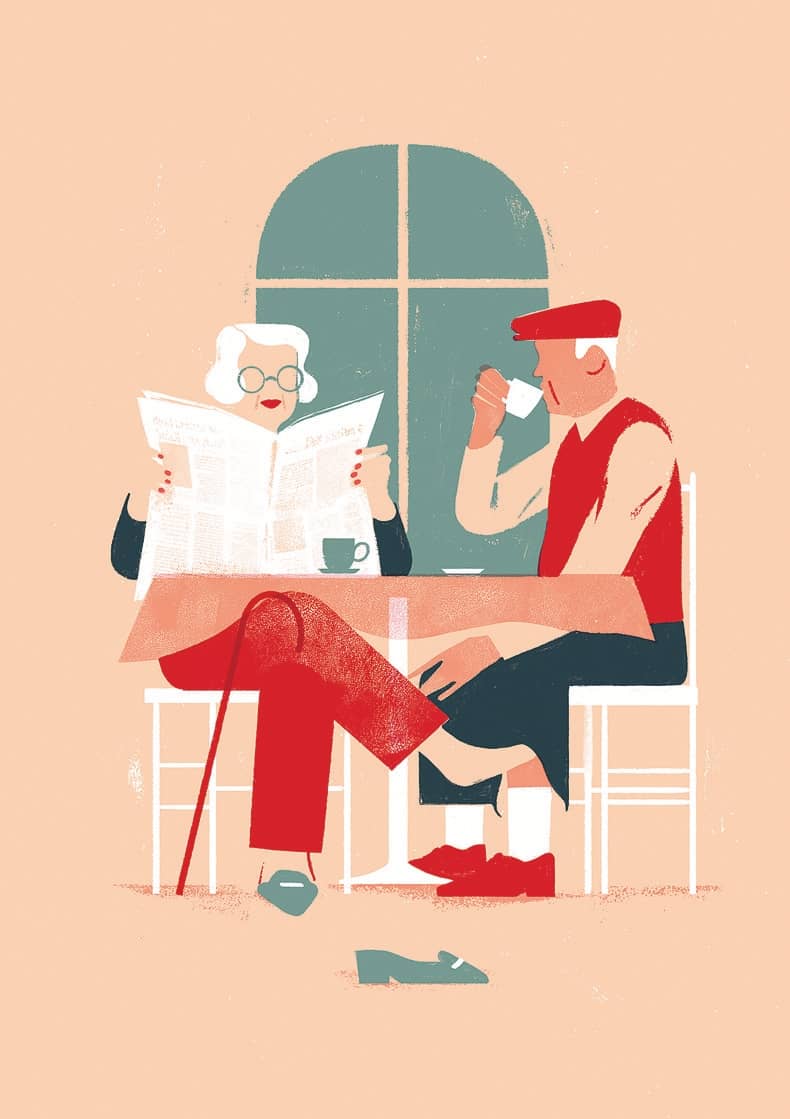 Desire doesn’t have an expiry date. How I learned to keep feeling sexy after 60.

I FEAR I’M NOT QUITE the raven-haired “hottie” I once was. Oh, my hair is still raven coloured, sure, but now when I look in the mirror, I sometimes see the ghost of Alan Rickman looking back at me. Not from Truly, Madly, Deeply. From the Harry Potter films. He really rocked that aging-goth look. But, just like the late Alan Rickman, without my L’Oréal hair colour I’m a silver fox too, which is only natural, seeing as I’m north of 60. But that doesn’t mean I don’t still feel pretty hot sometimes.

Few of us talk about it openly, much less flaunt it, but sexual desire beyond the sixth decade is a fact of life. It’s in this spirit that prominent French psychologist and bestselling author Marie de Hennezel approached the topic of sex among seniors in her 2017 book A Frenchwoman’s Guide to Sex After Sixty. De Hennezel, now in her 70s, has written a dozen books on aging and been translated into 22 languages. She mostly writes about heavy subjects like spirituality and dying, so when she turns her attention to sexuality, she doesn’t take it lightly either.

There’s no age limit to enjoying love, she writes, because “the heart does not age,” and the same goes for lovemaking. She argues that if we adapt sexual activity and adjust our expectations to better suit our aging bodies, we can look forward to rewarding sex.

While this might not sound radical, it still deserves attention. In Western culture, the depiction of senior sexuality has traditionally been abandoned to farce or burlesque comedy, mostly as cringe-inducing, inappropriate or even aberrant behaviour. (Think Blanche, the vain and easily aroused middle-aged southern belle whom no one took seriously in the 1980s sitcom The Golden Girls, or the British skit comedian Benny Hill, who made a career of mostly playing a so-called dirty old man.) It’s almost as though once you are old enough to be a grandparent, you are expected to pass the baton of sexuality to the younger, more fertile generation. It’s the natural, mature, even moral thing to do.

But times are changing. Maybe it’s just that big, bulging baby boomer cohort sashaying its way into old age and recalibrating everything in its path. Maybe it’s just the inevitable advance of the sexual revolution: birth control to LGBTQ rights and, now, senior sex. Award-winning TV shows like The Kominsky Method, starring Michael Douglas and Alan Arkin, and six-season hit Grace and Frankie, starring Jane Fonda and Lily Tomlin, have been trailblazers. The shows’ main characters are knocking on their 80s and are still interested in sex and romance. What’s new is that they aren’t caricatures of frustrated sexual desire; they are complex characters with a rich range of thoughts and sensitivities, of misgivings and hesitations, of humour, courage and conviction. They long for love because, even in old age, they are fully human.