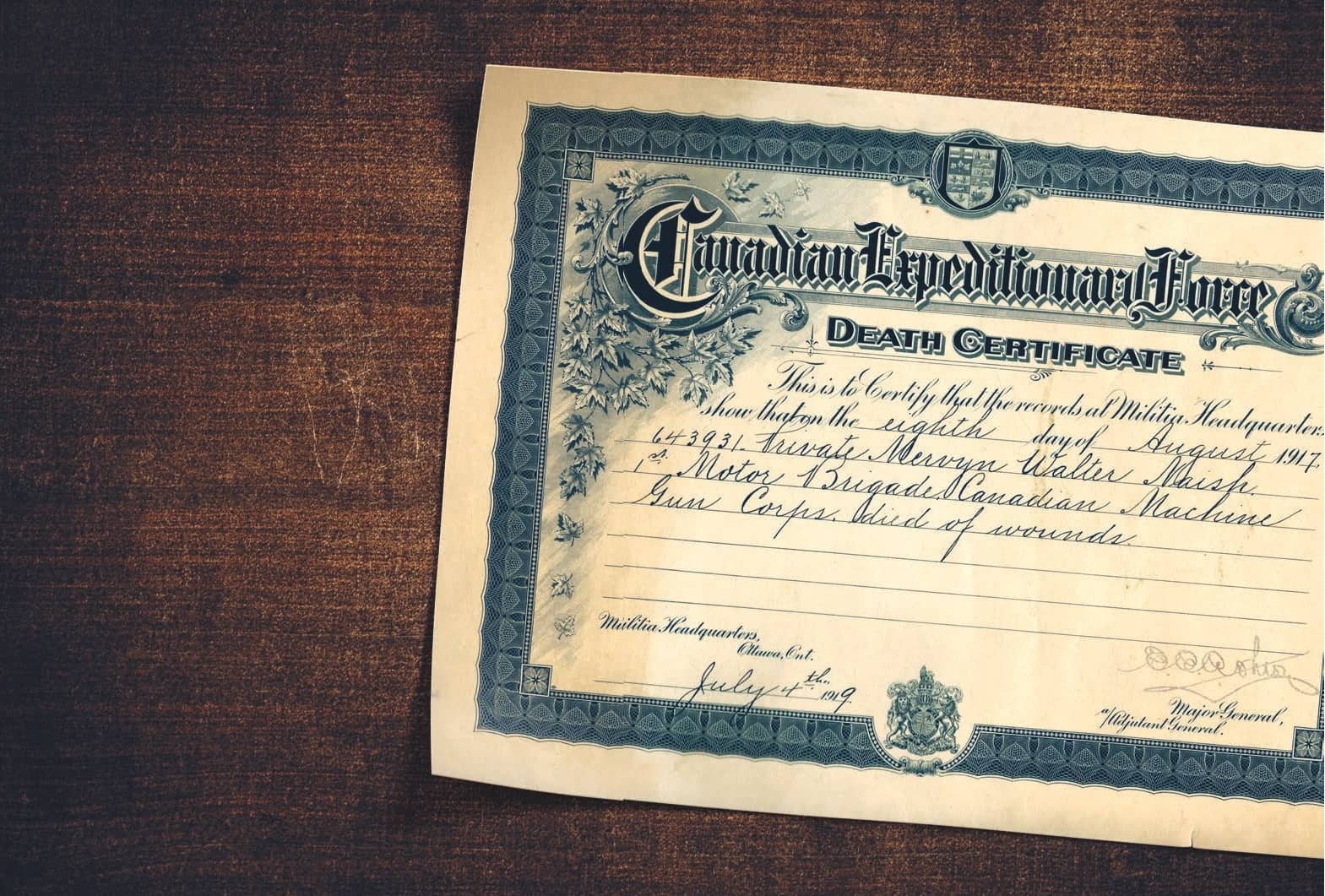 IT’S ODD SOMETIMES how we make connections with the living and the dead. One of the most striking I made was with First World War soldier Mervyn Naish in 1987, when my wife bought an antique dining room buffet at an auction in Barrie, Ont., some 70 years after he died.

A week or so after she brought it home, it still sat in the garage. When I examined it, I noticed a document lodged at the back of one of the drawers. The paper was yellowed with age, the same colour as the wood, and might have been easily missed.

I retrieved what turned out to be an original Canadian Expeditionary Force death certificate for Mervyn Naish of the 1st Canadian Motor Machine Gun Brigade. The certificate, dated 1917, was rather ornate, not large, maybe 20 by 30 centimetres, with the details written in fountain pen. I held it carefully because I was holding a piece of history that I knew didn’t belong to me. Mervyn had died of his wounds, which means he likely suffered before he expired. I knew I had to return this certificate to someone connected with the fallen soldier.

I began by checking the war memorials in Simcoe County, just north of Toronto, not far from where the auction was held. The area is full of small cities and towns. As a lawyer, I often attended satellite courts throughout the county, and on my way home I would check each town’s memorial. I had never before scanned the long, sad lists of names carved in stone, and the experience was sobering. Each one had been a man who was someone’s son, or brother or husband.

Mervyn Naish, however, was not one of the names I found. He was proving to be elusive.