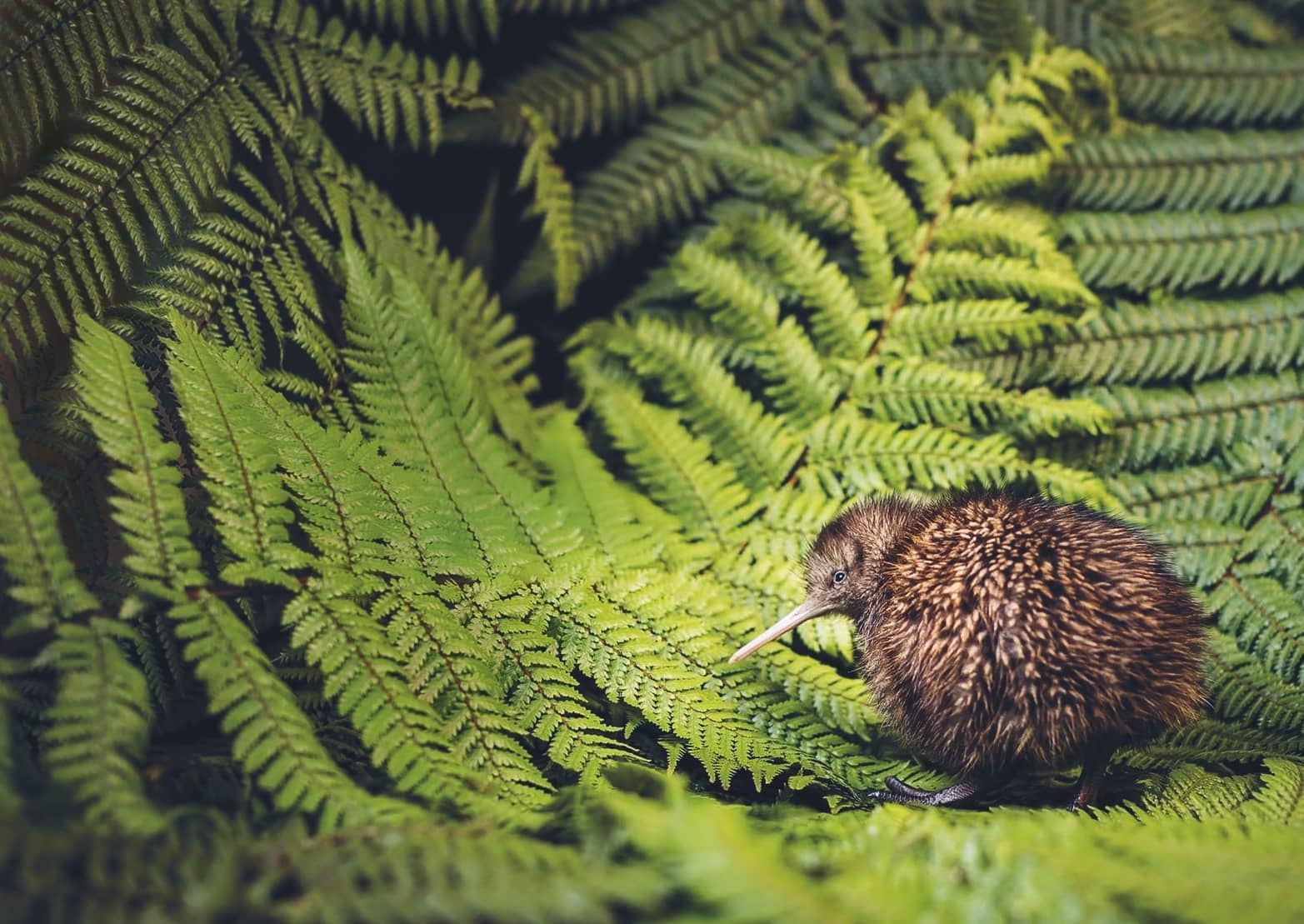 Stephanie Verge
SHE SHOULD HAVE found the hatchling by now. With her right arm deep in the burrow, Bridget Palmer has been groping around for a few minutes already. Her colleague, John Black, hiking boots dug into the hillside to keep from sliding in the mud, searched the burrow, too, but came up empty. The pair, volunteers with the Whakata – ne Kiwi Trust on New Zealand’s North Island, are two of only six people in the organization trained to handle live kiwi. But as Palmer is about to discover on this overcast morning in November 2018, there’s nothing for them here.

A ranger with New Zealand’s Department of Conservation (DOC), 44-yearold Palmer pulls clumps of humid leaves out of the nest, located in O – hope Scenic Reserve. She’s looking for eggshells, a sign that a bird has hatched. Soon, she finds a beak, feathers. Yet there’s no cause for joy—Palmer is cradling a chick’s corpse, flattened in a wad of leaves.

Palmer buries the chick. After incubating for about 85 days, it became exhausted, then stuck, trying to chip its way out of the egg, which can take three to five days. The chick suffocated before being able to break free. Its sibling, Kikorangi, born two weeks earlier, and their father, equipped with a transmitter and given the name Pea, have fled the nest, probably due to the smell. Still, Palmer hopes Pea will use this burrow again. (It’s the female North Island brown kiwi that lays the eggs, but it’s the male that sits on them for three months.) At half a metre deep under sturdy tree roots, it’s a good nest.

O – hope is one of the country’s largest remaining forests of pohutukawa, a dome-like evergreen once used for shipbuilding and nicknamed “the Christmas tree” for its crimson flowers. The reserve is also rich in birds, such as the tu – i, a dark honeyeater with white throat tufts; the melodious korimako, a.k.a. the bellbird; and the piwakawaka, which deploys its tail in a fan shape to change directions. New Zealanders are proud of their birds, but they especially love the kiwi.

“The chick is like a big tennis ball with poof,” says Palmer. Black describes it as “a bundle of cuteness on legs.” The kiwi is the country’s most famous emblem—even hobbits can’t dethrone it. But it’s in trouble. 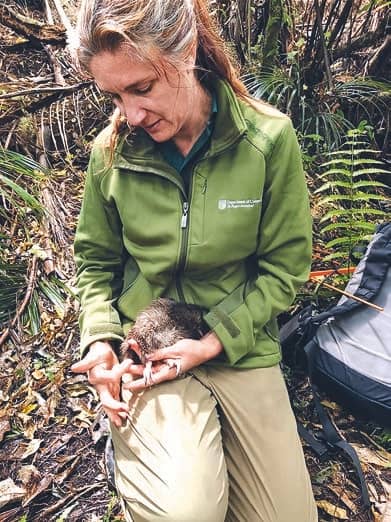 EXTINCTION RATES for birds in New Zealand are high. According to the DOC, 34 per cent of endemic land and freshwater birds and five per cent of sea birds have already been lost. Today, more than a third of bird species are considered threatened—one step away from endangered. Among them: the chicken-sized North Island brown kiwi, the most common of five recognized kiwi species and the one that lives nearest humans, mainly in low-slung coastal areas. Also facing precarity are its cousins, the rowi (the rarest, it lives mostly in the Okarito kiwi sanctuary on the South Island), the tokoeka (also called the southern brown, it resembles its northern counterpart), the great spotted kiwi (large and rugged, it prefers mountains) and the little spotted kiwi (grey and mottled, it’s the size of a bantam hen).