In Search of Lost Fish 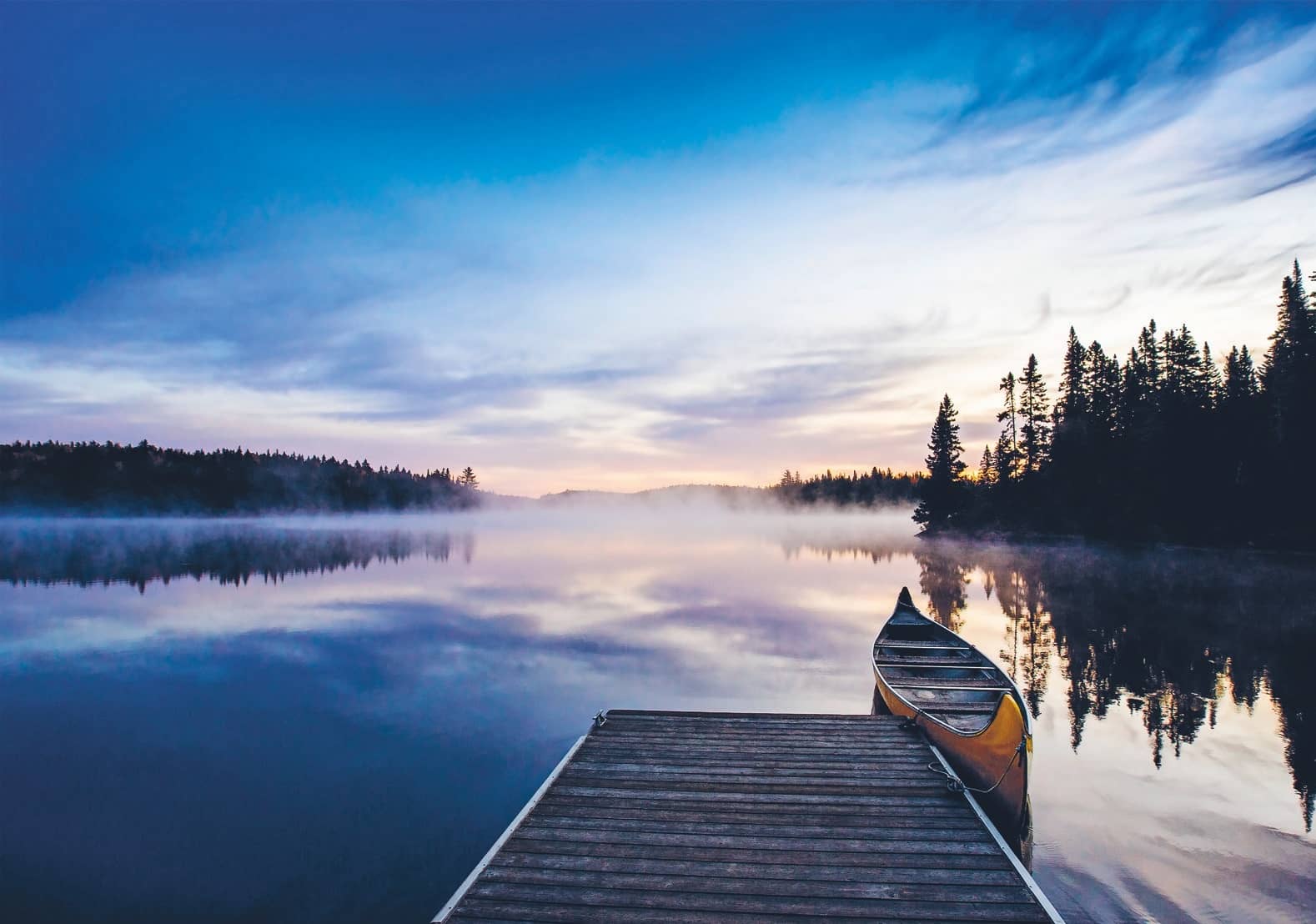 I spent my summer on a Quebec lake, trying to imagine my first catch into existence.

Marni Jackson
I don’t normally fish, but for the past two years I have been trying my hand at it on a small lake in Quebec. Around this privately owned body of water are a deep band of forest and only three habitable structures, including the two-room cabin that my husband, Brian, and I rent for a month each summer. I’ve seen local fishermen drop their lines in Lac Catherine and leave with one, two or even three small trout. I knew that, technically, there were fish in the lake—fish that other people caught. So I was happy when a friend of our son, an experienced angler, showed up at our cabin one day. I would learn his secrets, I schemed, and catch a fish at last.

Roberto was in his early 30s, a lifelong fisherman from Brazil, where, he tells me, they sometimes fish with worms called minhocuçu that are three feet long. He arrived at our cabin with his partner, Madeleine, their three-month-old baby, Celeste, and a large, heavy tackle box that appeared to come a very close second to the baby in its significance for Roberto.

That day, the sky was doing its usual fandango, swinging between scowling grey and abrupt sunshine. The weather had been dynamic for days, with great piles of creamy cumulus clouds chased by angry dark thunderclouds. It rained often, and the rains came suddenly, tropically, as if a trap door had opened in the sky. Then the sun would reappear and shine with single-minded intensity. During one calm interlude, Roberto and I took our chances in the canoe.

He talked about growing up in Brazil and fishing with his father for dorado and peacock bass, called tucunaré in Portuguese. “One of the things I like about fishing is how you don’t see the fish right away when you catch it,” Roberto told me. “You never know what you have on the line.” We also discussed bait. Or rather, I asked the question, “Why worms?” Worms are universal, he said, used around the world. “Fish that are carnivorous taste better than other fish,” Roberto explained. “Trout and salmon.”

The rain fell again, and the temperature dropped. The wind was whipping up a latte froth on the lake. When I cast, the line danced before it dropped into the water. “You can’t be thinking about other things when you fish,” said Roberto. “But, at the same time, it’s relaxing. You have to be ready to catch the fish, but really, you might not. It is normal not to catch a fish,” he said. In other words, “Fishing is really closer to not fishing,” I ventured hopefully.

“It’s another world down there,” in the fish world, Roberto said. I agreed: you have to dream your way into it. Fishing is an imaginative act. You sit quietly on the surface of the water, imagining where the fish might be, visualizing their slim grey shapes below. Then, when a fish does jump, it’s an image that arrives complete, like a line in a poem. And the sensation of a fish on the line is like no other feeling— an ecstatic quickening, as of life kicking in the womb.

ONCE THE HOOK IS IN THE WATER, YOU CAN’T HELP THINKING THAT YOU MIGHT, IN FACT, CATCH SOMETHING.