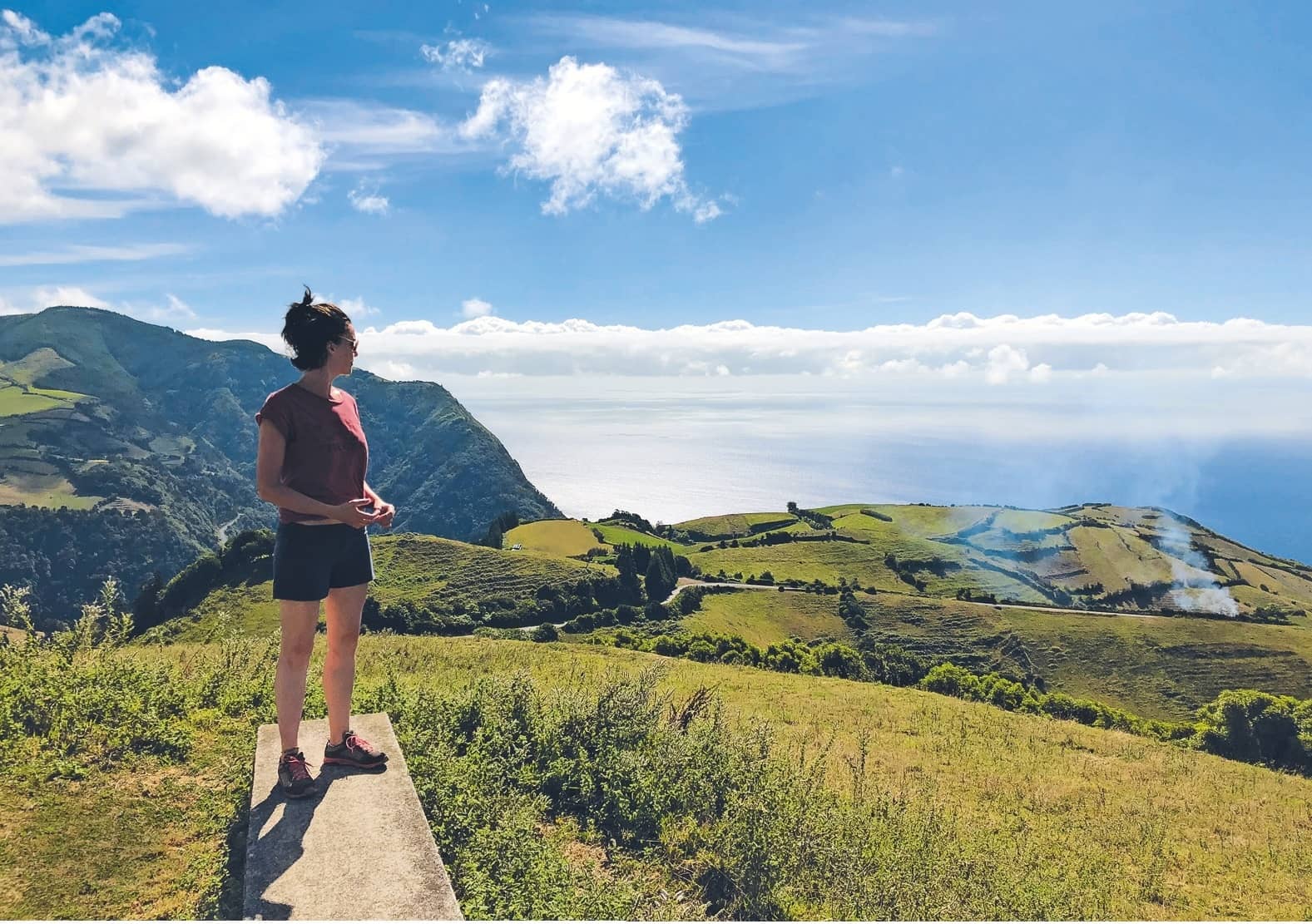 My life had become a blur of people, duties and deadlines. I was burnt-out, anxious, disconnected. The cure was right in front of me.
Sophie Kohn
WELL, GREAT. I’m stuck at the bottom of an enormous hill. In a finicky foreign rental car. On the island of São Miguel in the Portuguese Azores, a mystical archipelago in the middle of the Atlantic. And I’m alone.

The ground is soaked, a soft, sprawling carpet of electric-green moss, engorged and heaving after an intense burst of rain. Everything is supernaturally neon and lush, which also means my tires have zero traction. I’ve pushed the car and I’ve pleaded with it, repeatedly slamming my full weight onto the gas pedal, which only exacerbates the unsettling feeling that it’s sinking into the earth forever. It’s fine. It’s funny, even. “Find this funny!” I instruct myself, casually dancing in the suburbs of panic.

Since I’m travelling alone, the bad news is I have to solve this myself. But since I’m travelling alone, the good news is I can talk myself through it with as many awful Mrs. Doubtfire accents and expletives as needed. For the 91st time, I yank my tiny automatic car into reverse and am startled yet again by its abrupt zigzag backward at a hazardous speed. I slam on the gas and take a run up the hill, wrenching the wheel to the left just before my wildly uncontrolled merge onto the road ends in disaster. Seconds later, the windows are down and I’m flying on the highway. Okay. Okay! I’m under control. I’ve got this.

This is the rhythm of a week alone: moments of angsty, tangled loneliness that burst into soaring straight lines where everything’s suddenly simple, full of momentum and so unexpectedly liberating that I have to laugh.

BOOKING THIS TRIP felt like a quietly radical act. I don’t know how most women arrive in their late 30s, but for me it was unexpectedly, with a pang of disbelief, like your math teacher handing out a test you’d vaguely known was coming but had forgotten to prepare for: wait, that’s now?

I’d been so wrapped up in the day-today grind of my life in Toronto—staying afloat as a comedy writer and producer with wildly fluctuating levels of stability and job security—that I’d neglected an honest conversation with myself about the bigger questions. Was I actually fulfilled in all this constant busyness? Could I hit “pause” on everything to write a book one day? How should I navigate the paralyzing ambivalence around having kids that existed in my long-term relationship—a situation that was becoming increasingly difficult to ignore as my 30s galloped along and our social circle became a cavalcade of strollers. A situation that, if left unexamined much longer, would be rendered irrelevant by nature. I was burnt-out and feeling disconnected from myself. My days were a blur of people and deadlines and duties. I’d stopped really registering my accomplishments; they had become things anxiously checked off a list. I felt unsure of how much I was actually choosing.