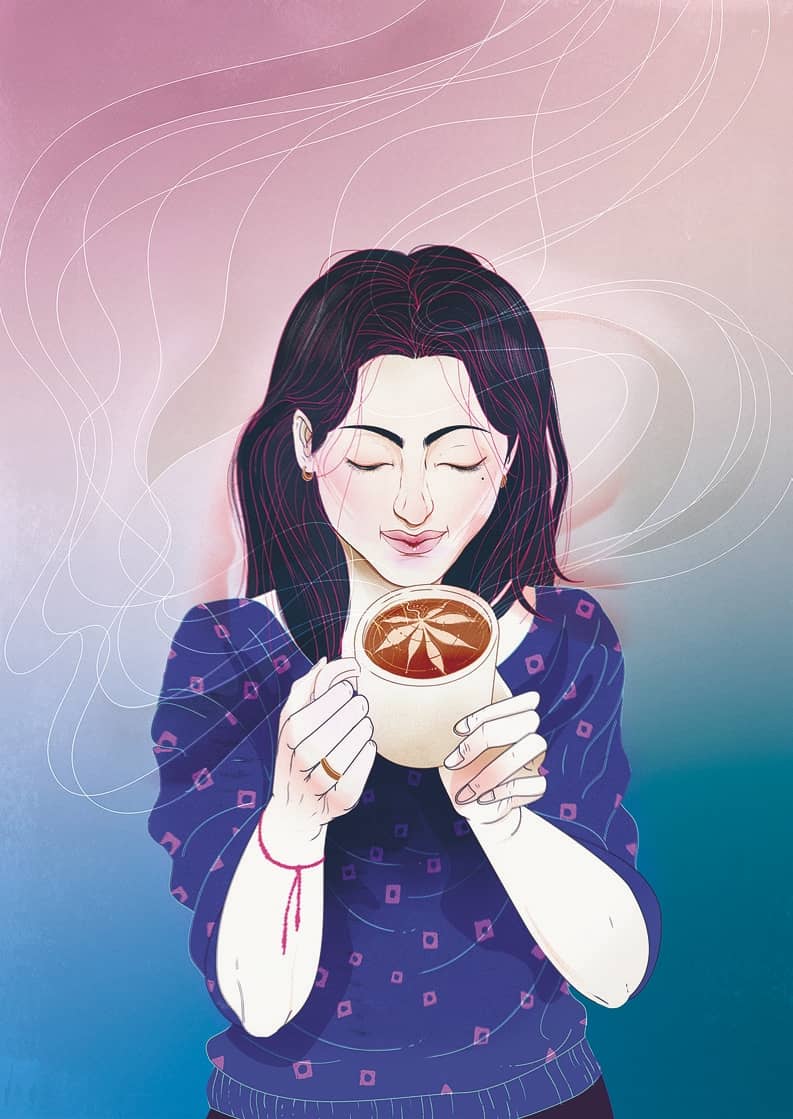 Some experts believe the non-intoxicating compound from the marijuana plant can cure anxiety, chronic pain, sleeplessness and a thousand other problems. I decided to give it a try.

“I’d like a Relaxed Fit,” I type in an Instagram message to my potential drug dealer. It’s the code for her high-dose CBD cookies. (The THC-forward ones are called High Rise, get it? They’re both jeans, but those ones are high.) They’re $55 for a dozen, but she only has ginger with turmeric (blech!) available at the moment. I give up and log on to cbd2go.ca, load my cart with two tinctures and a pain salve, and then begin watching my mailbox for the package that’s promising me sweet, sweet relief.

I’m not the only one waiting for the mail—CBD2GO’s website has constant pop-ups informing me that, in the past 10 hours, someone in Stouffville or Brampton or some other Canadian town purchased a 1,000-milligram Calyx Heal or coconut tincture. It’s like they’re shouting, “You! Law-abiding middle-aged mom—you are not alone! All these Extremely Average Humans have heard the promises of this magical elixir called CBD, and they, like the poster on Fox Mulder’s wall on The X-Files, want to believe.”

And I do. I do want to believe. I’m one of the many average humans who, along with not-so-average scientists, doctors, and investors around the world, are currently obsessed with the possibilities that CBD—short for cannabidiol, one of at least 480 components of the cannabis plant—is dangling before our eyes. CBD isn’t intoxicating, unlike THC (a.k.a. tetrahydrocannabinol), the better-known cannabis derivative stoners have been buying from “a guy” for years.

It’s also a potent anti-inflammatory, and its advocates say this potential miracle medicine can help treat everything from pain, anxiety and sleep disorders to arthritis and even schizophrenia. The U.S. National Institutes of Health took out a patent on certain cannabinoids in 2003, and in 2018 the U.S. Food and Drug Administration approved a CBDderived drug for the treatment of particular types of epilepsy (a similar medication underwent a promising clinical trial in Canada last summer). In the U.S., depending on what state you’re in, you can buy a dizzying array of CBD-infused products, including luxury skincare, teas, makeup, beverages, and lube.

Canada legalized the use and sale of certain kinds of recreational cannabis— flower, oils, seeds, and plants—in 2018. The next wave of legalization, which covers edibles, extracts, and topicals, happened last fall. Ever since the weed door opened, the biggest buzz has been around CBD. This makes sense given the potential size of the market—your neighbor might not smoke a joint in the rec room with you, but she definitely has sore knees and would like to try some of that “special” balm you told her about. People have always found ways to get high, but can CBD make us well?

DEENA GANDIN certainly thinks so. After years of pain caused by her house cleaning job—and two car accidents within 10 months in 2018—the 48-year old from Binbrook, Ont., was ready to try anything.

“I’m the most skeptical person on the planet,” she says. “But I didn’t want to be on narcotics. I finally just said, ‘The heck with it,’ and tried CBD.” She used a CBD oil. “It was life-changing. I was like, ‘Oh my gosh, is this what it’s like to not live in pain?!’ I used to come home at four and barely be able to make it to the couch. Now I can keep going until nine. I’ve told everybody—I’m ready to shout it out from the mountaintops.”

Gandin also noticed another interesting change when she started taking CBD—her lifelong depression and anxiety subsided. “I don’t have that horrible feeling of worry in my stomach anymore,” she says.

How can one molecule affect so many things? And if CBD does, in fact, help treat all the conditions researchers think it might, how does it know where to go in the body? “There are scientists all over the world trying to figure that out,” laughs Danielle Blair, the founder of Calyx Wellness, a Canadian company that produces CBD products. “Our body just knows exactly where it needs to be.”