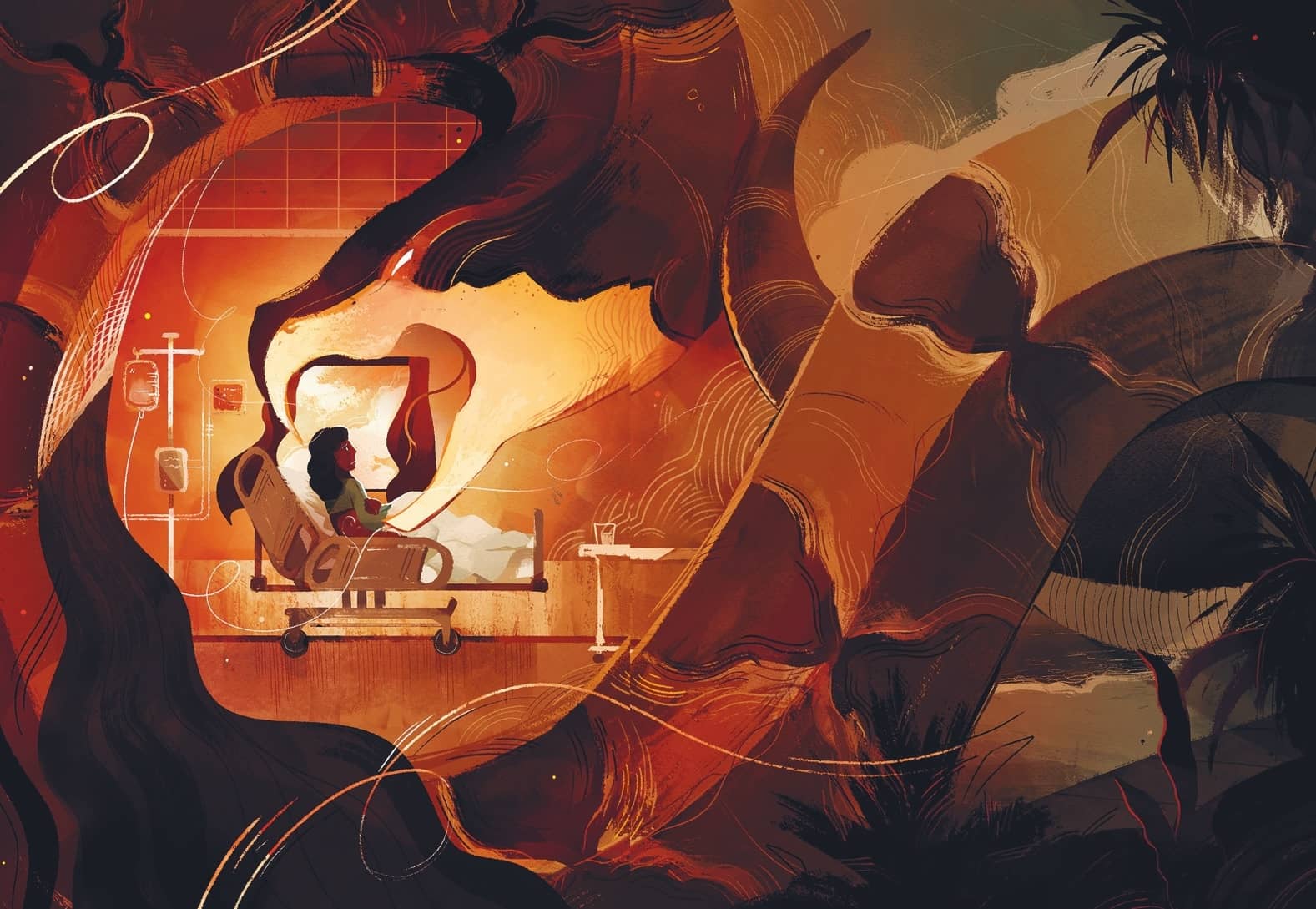 Doctors raced to find an antidote as the snake’s venom spread through Shalabha Kalliath’s body, attacking her organs and inching her closer to death

WHEN SHALABHA KALLIATH arrived on Thailand’s Ko Phi Phi Don Island last spring, her plan was to sightsee, sunbathe and check out the island’s nightlife with her high school friend Santra Navas. The 26-year-old Kalliath lived in Waterloo, Ont., where she was completing her master of applied science degree at the University of Waterloo, while Navas was working as an assistant art director in Singapore. After four years apart, they were excited to catch up.

The Phi Phi Islands are known for their white sandy beaches, turquoise ocean, and soaring limestone cliffs. At the end of the day, crowds flock to beachside bars and restaurants. That’s where Kalliath and Navas found themselves on their first night in Thailand, still wearing their swimsuits, cover-ups, and flip-flops while watching one of the island’s famous fire shows. The pair looked on as young Thai men spun flaming staffs, ropes and balls of fire on chains, their choreographed motions set to pulsing dance music.

During an intermission, the pair opted to explore the beach. But as they stepped from the sand to the sidewalk, Kalliath felt a sharp pain in her right pinky toe. She lifted her leg and saw a skinny, half-meter-long brown snake dangling from her foot. She instinctively kicked, slamming the reptile against the wall of a nearby building. Seconds later, she was hit by excruciating pain. It started in her toe and swiftly moved to her ankle, calf, knee and, finally, her thigh.

“It was like hot lava traveling upward through my system,” she says.

Kalliath’s leg buckled and she fell to the ground. Navas and a passerby picked her up and carried her to Ko Phi Phi Don’s WorldMed Center, a medical office with a small walk-in clinic, while another passerby followed with the dead snake.

Within minutes of reaching the clinic, Kalliath’s leg started swelling and the pain became even worse. “We held on to each other’s hands, and I kept telling her that she would be okay,” Navas says, “but I was uncertain of my own words.”

KALLIATH HAD BEEN bitten by a Malayan pit viper. Found throughout Southeast Asia, these snakes typically grow to around 50 centimeters in length, though some can reach more than a meter. Malayan pit vipers are not considered aggressive, but they will bite if disturbed—and bites can be serious, leading to swelling, pain, skin discoloration, blistering, hemorrhaging, and â€‹necrosis—the death of cells in tissues and organs. Severe necrosis can require limb amputation, and in cases of hemorrhaging or bacterial infection, bites can even cause death.