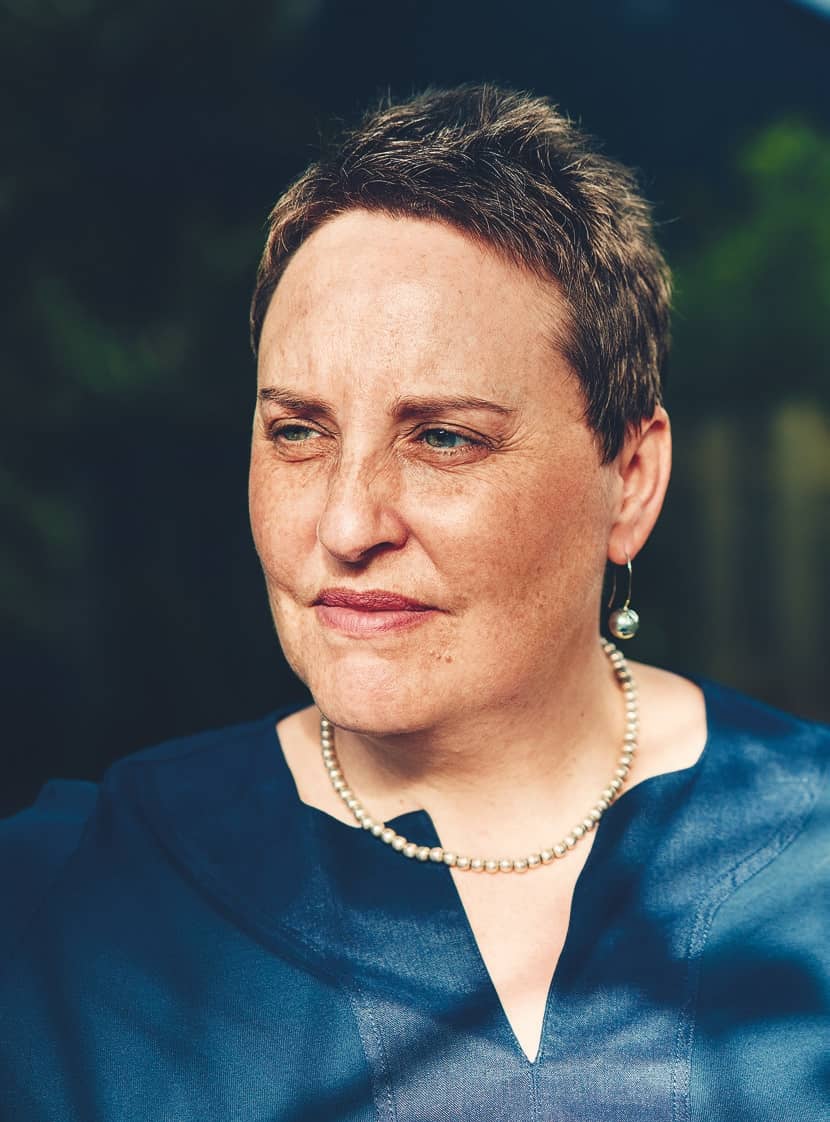 My diculties fiing in, my problems at work and my divorce all made sense when, at 46, I discovered I was autistic.

I’m 10 years old, away at my first sleepover camp. The rest of the girls in my cabin are trying to put together a skit for the camp’s variety show, and I can see that it isn’t going to come together the way they imagine. I have a sixth sense about these things, like I’m on the outside looking in when I’m supposed to be part of something. I want to speak up and tell them how to fix it, but I’ve learned that being a know-it-all does not make me popular.

There was always something about me that most people considered “different.” As a kid, I didn’t enjoy sitcoms or skip rope like other girls my age. I wasn’t comfortable hugging friends, but I did love listening to discussions about politics. I’ve always been talkative and inquisitive, which wore out the patience of my friends and sometimes even the adults around me. My Grade 4 report summarized my social deficiencies with “needs improvement.” I stuck out, but I gradually learned to be less conspicuous.

It wasn’t until I turned 46 that I learned my uniqueness has a name: autism.

That was over three years ago. My diagnosis was like discovering a piece of my brain, picking it up, putting it in place and feeling whole for the first time. This was also like receiving the key to unlock my life and live for the first time—according to my own values, principles, beliefs and choices instead of weighed down by the expectations and assumptions of others. What I’ve found out since is that there are a significant number of others like me— individuals who weren’t identified as having autism until midlife. And for reasons that are still coming to light, many of them are women.

ALTHOUGH AUTISM has a high profile today, it was only identified in 1943 by the American child psychiatrist Leo Kanner. He’d observed antisocial children who became obsessed with certain objects and reacted poorly to unexpected change. Kanner named this disorder infantile autism. A year later, Austrian pediatrician Hans Asperger published a study about children in his clinic who exhibited similar characteristics. His findings were largely overlooked until 1981, when the term Asperger’s syndrome came to be applied to higher-functioning individuals. Asperger compared them to “absent-minded professors” who might be socially awkward but intellectually precocious. The line between autism and Asperger’s was erased in 2013 when the term autism spectrum disorder (ASD) was introduced, to account for the many degrees and kinds of autistic behaviours.

Today, approximately one in 66 Canadians is diagnosed on the autism spectrum, and those numbers are on the rise, possibly because of improved diagnostic methods and awareness of the condition. A neurodevelopmental condition that affects brain development, autism can cause communication problems and a lack of awareness of social cues—for many who have it, social interactions must be learned as opposed to intuited.

Being autistic means I can appear dispassionate, even though I am empathetic. I am highly loyal, honest, straightforward and direct. I’m driven by intellectual inquiry, and thus more interested in why something happened than how it happened. I am capable of stunning people by reciting credit card numbers from memory, and sometimes speak quickly and with a sense of conviction because I have moved along a conversation in my mind while the other person is still formulating his or her next thought. At work, I have been both highly praised for these attributes and harshly admonished. This wide range of reactions to the same behaviour is a reality for women with undiagnosed autism and one of the reasons why more extensive diagnosis and research into autism in women are necessary.