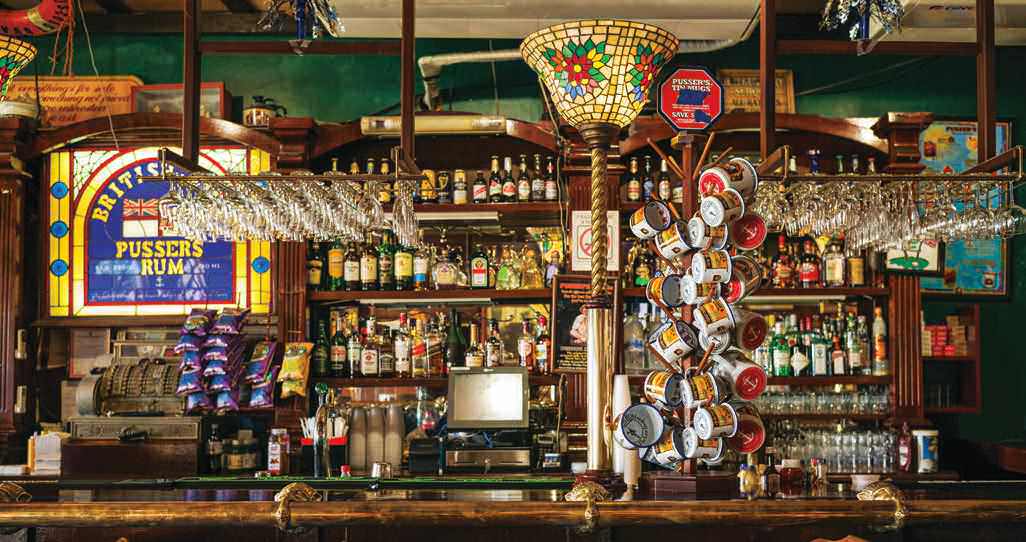 This island’s past is entwined with the history of some of the most famous rums in the Caribbean – so when exploring, pack your thirst!

If you’re going ashore in Tortola, why not go rum hunting? The Caribbean has the perfect climate to grow sugar cane, and during the colonial period plantations sprouted among the islands. It wasn’t long before someone noticed that the byproducts of the refining process – molasses – fermented in the sun. From there, distillers began to work their magic.

In the 17th century, a daily rum ration became standard for the crews of Britain’s Royal Navy. The ship’s purser, the supply clerk, provided each sailor his “tot” – a pint per day, served neat, of the “purser’s rum.” The ‘r’ was swallowed up over time (along with a lot of rum) and so it became known as “pusser’s rum.”

In 1740, Admiral Edward Vernon (nicknamed “Old Grog” for his grogram cloak), ordered that the rum ration be diluted with water and mixed with lime and sugar out of concern for drunkenness aboard. Sailors took to calling it “grog” disparagingly. The tradition held until “Black Tot Day,” July 31, 1970, when the last daily tot – by then only an eighth of a pint – was issued and the final toast was raised.

The Royal Navy’s blended rum recipe had never been for public consumption until entrepreneur Charles Tobias obtained the rights from the Admiralty in 1979, and began bottling Pusser’s Rum on Tortola. If your shore time is short, you must at least pop in for drink or to nab a bottle at Pusser’s Road Town Pub, one of two outposts on Tortola.

The Island’s Only Distillery