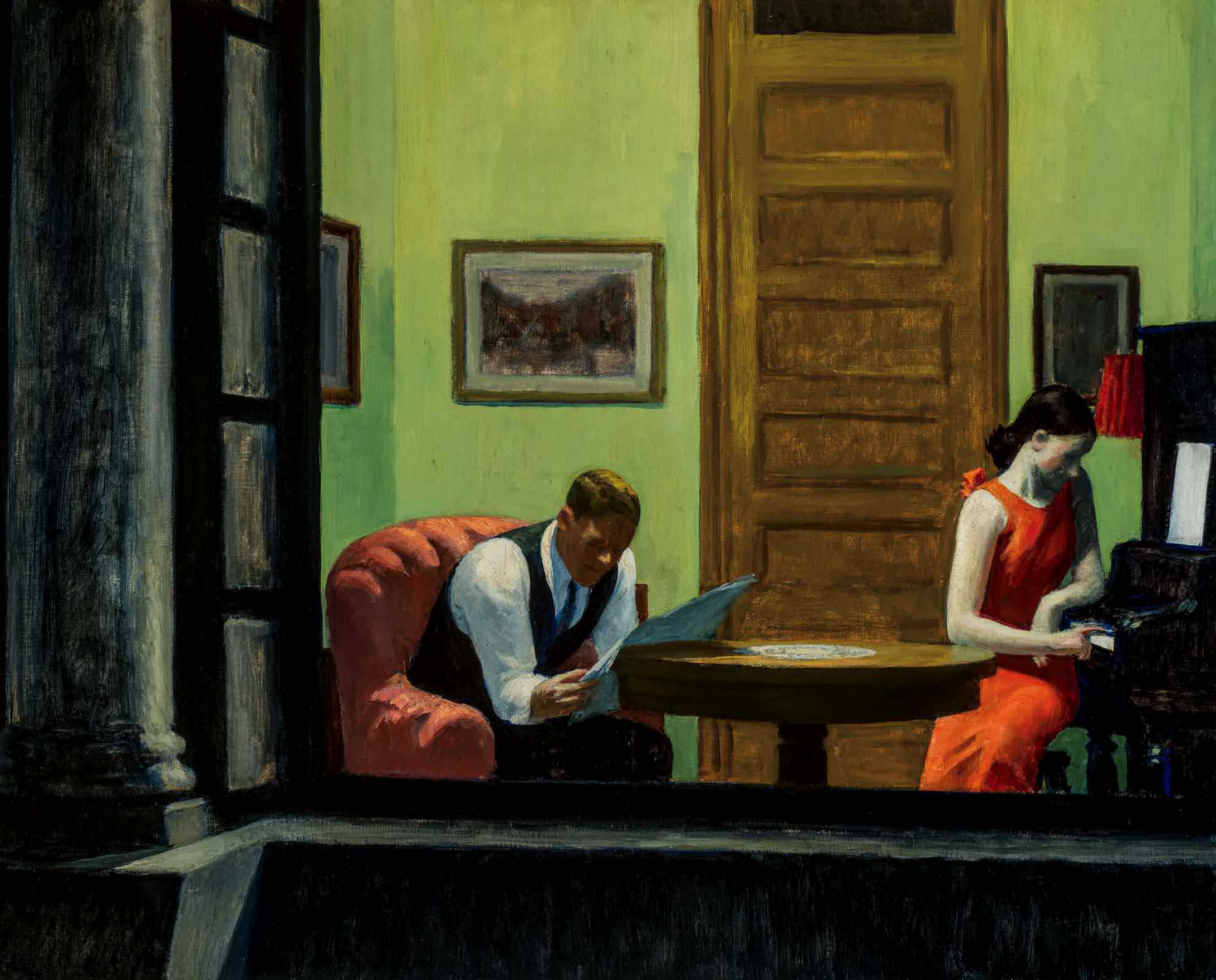 The Enderbys were in their music room—so they called it, although it was really just the spare bedroom. Once they had thought it would be little James or Jill Enderby’s nursery, but after 10 years of trying, it seemed increasingly unlikely that a Baby Dear would arrive out of the Nowhere and into the Here. They had made their peace with childlessness. At least they had work, which was a blessing in a year when men were still standing in breadlines. There were fallow periods, it was true, but when the job was on, they could afford to think of nothing else, and they both liked it that way.

Mr. Enderby was reading the New York Journal-American, a new daily not even halfway through its first year of publication. It was sort of a tabloid and sort of not. He usually began with the comics, but when they were on the job he turned to the city news first, scanning through the stories quickly, especially the police blotter.

Mrs. Enderby sat at the piano, which had been a wedding gift from her parents. Occasionally she stroked a key, but did not press any. Tonight the only music in the music room was the symphony of nighttime traffic on Third Avenue, which came in through the open window. Third Avenue, third floor. A good apartment in a sturdy brownstone. They rarely heard their neighbors above and below, and their neighbors rarely heard them. Which was all to the good.

From the closet behind them came a single thump. Then another. Mrs. Enderby spread her hands as if to play, but when the thumps ceased, she put her hands in her lap.

“Still not a peep about our pal George Timmons,” Mr. Enderby said, rattling the paper.

“Perhaps you should check the Albany Herald,” she said. “I believe the newsstand on Lexington and 60th carries it.”

“No need,” he said, turning to the funnies at last. “The Journal-American is good enough for me. If Mr. Timmons has been reported missing in Albany, let those interested search for him there.”

“That’s fine, dear,” said Mrs. Enderby. “I trust you.” There was really no reason not to; to date, the work had gone swimmingly. Mr. Timmons was their sixth guest in the specially reinforced closet.

Mr. Enderby chuckled. “The Katzenjammer Kids are at it again. This time they’ve caught Der Captain fishing illegally—shooting a net from a cannon, in fact. It’s quite amusing. Shall I read it to you?”

Before Mrs. Enderby could answer, another thump came from the closet, and faint sounds that might have been shouts. It was difficult to tell, unless one put one’s ear right up against the wood, and she had no intention of doing that. The piano bench was as close to Mr. Timmons as she intended to get, until it was time to dispose of him. “I wish he’d stop.”

Another thump, as if to refute this.

“That’s what you said yesterday.”

“It seems I was premature,” said Mr. Enderby, and then, “Oh, gosh—Dick Tracy is once more on the hunt for Pruneface.”

“Pruneface gives me the willies,” she said, without turning. “I wish Detective Tracy would put him away for good.”