Foreign Relations: How To Score A Date Around the World 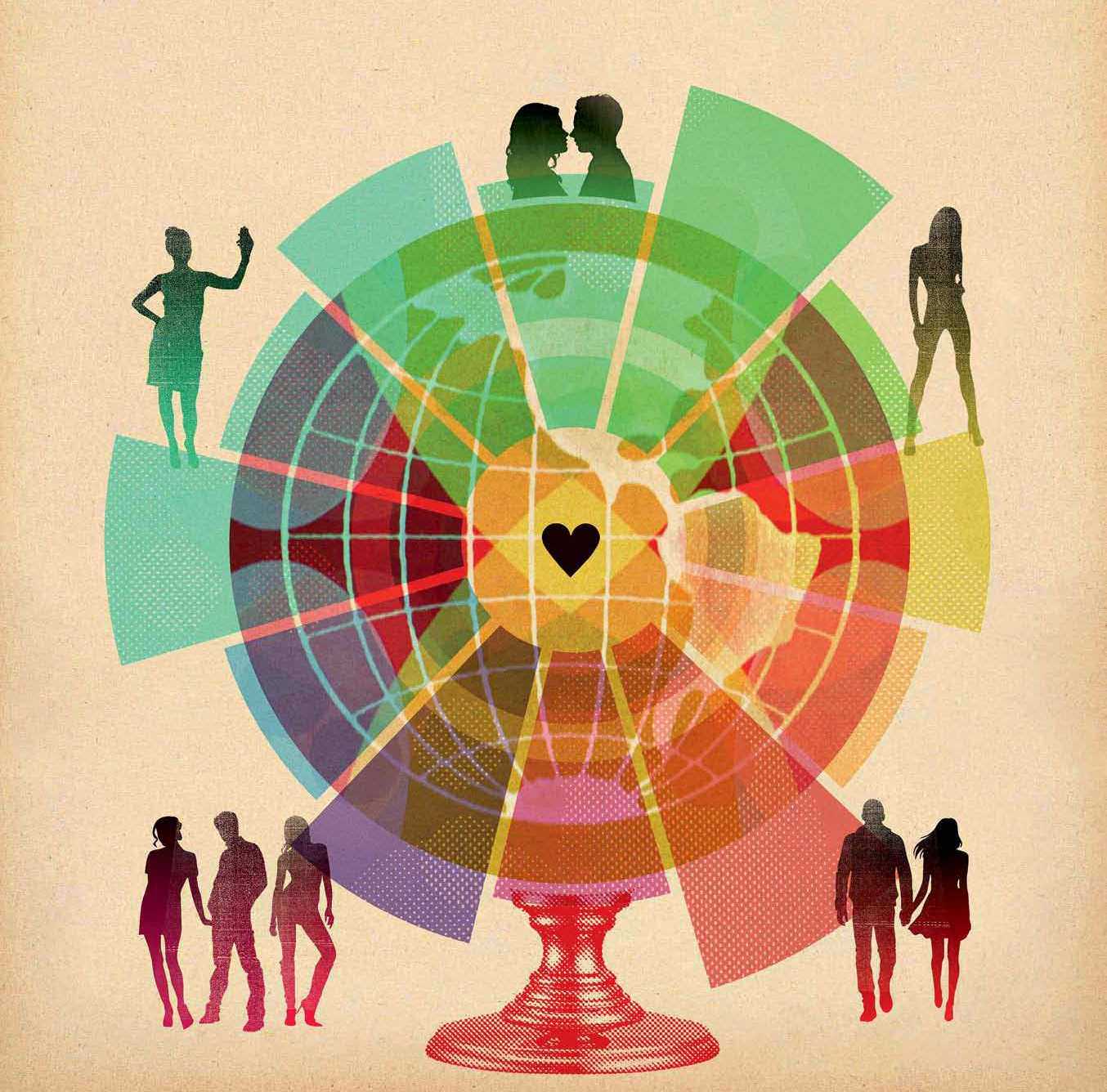 A globe-trotting guide to hooking up, hanging out and sexting around the world, with the must-have dating apps, must-know pickup lines and expert tips that will break any language barrier.

The swipe right on Tinder. The double tap on Instagram. The Facebook like. Flirting in America is a well-oiled, wi-fi-connected machine fueled by a handful of apps instead of old-school barside meet-and-greets. But if you think your—let’s be real—lazy emoji use will impress singles overseas, it’s time to up your game. Tech makes it easier than ever to meet strangers around the world, and a little knowledge of cultural traditions will help you hook up on a global scale. So grab your passport as we give you a primer on foreign relations.

Getting on the Scene

Believe it or not, Argentina, the first country in Latin America to legalize gay marriage, in 2010, still stigmatizes online dating. That’s because Argentineans respect tradition, including that of organizing romance through family, school and church (70 to 90 percent of the population identifies as Catholic). “Although people here are meeting online, they aren’t admitting it,” says Valeria Schapira, a Match.com consultant and author of Tangled: Sex, Humor and Love on the Web. But hope is in sight for the digitally devoted: Match.com is gaining thousands of new users in the region every month, and Argentina is quickly becoming one of the largest online dating markets in Latin America, along with Brazil and Mexico. “There is still some fear, especially among women, that online dating will make him or her look desperate,” says Schapira. “But it’s better than it was a decade ago, when I’d tell people I was dating online and they’d look at me like I’d gone mad.”

Aside from Match, a leading network in Argentina is nine-year-old Badoo. It works well because it’s nominally a social-networking service that subtly functions as a dating site. Searching for matches on Badoo mirrors the same process on your standard dating app: Sign in, select an age range and check out nearby singles. Users choose whether they’re there to flirt, share photos or meet in real life; they can also see a list of everyone who checks out their profile. (Consummate OkCupid users know all about this mind-fucking feature.) Badoo makes online seduction easy and surprisingly effective. It’s a wonder the site hasn’t caught on in the U.S.

How to Play the Field

Unlike in the States, where a continual slate of rom-coms have conditioned guys to chase the girl, Argentinean men have an advantage when it comes to meeting beautiful women. In urban areas, single men who date online often find a large number of women looking for someone their age—and the women are far more aggressive online than they are in person. “Today the number of Latin American women who take the initiative and message a man first online is bigger than the number of men who do,” says Schapira. “That would never happen in real life.” Here’s to online empowerment.

TIP FROM A LOCAL

Santiago, a 34-year-old journalist in Buenos Aires, says Twitter is the best site for meeting women. That makes sense, given the country’s polarizing take on digital matchmaking. Santiago says his friends scope out the profile pictures of women who follow them. If they’re attractive, the men will automatically follow them back. “You have a lot of people hitting on each other on Twitter,” he explains. “Once you start following each other, there are all these opportunities. you can direct-message, send a phone number, whatever. I invite people who follow me to come to barbecues at my apartment. If they accept, you’re in.”

Getting on the Scene

In China, the tradition of matchmaking based on family status goes back more than 2,000 years. Now dating apps lend a hand to those old-school rituals, especially as thousands of people migrate from rural to urban areas, breaking ties with their old social networks along the way. With a billion-plus population, it’s no shock China is home to the world’s largest dating market, but what is surprising is that the market operates like a high-end industry. Here, some online dating companies house massive call centers where female, often older, employees fix up singles just as they might have a century ago. Which leads us to.…