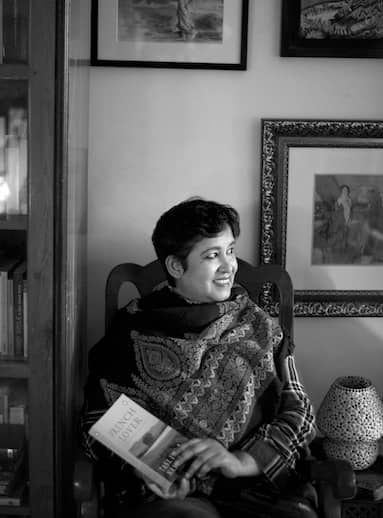 A PORTRAIT OF AN ARTIST AS A WOMAN

As one reads James Joyce’s A Portrait of the Artist as a Young Man, the emancipation of the artist from the ideological clutches of society feels like an empowering liberation for the reader as well. I felt a similar surge of inspiration and awe through my interview with eminent writer, Taslima Nasreen. Her story is testament to why the written word is revolutionary. Even after her novel Lajja (Shame), led to her suffering a number of physical and other attacks — and eventual exile — for her critical scrutiny of Islam and her demand for women’s equality, Taslima never stopped fighting for justice through her writing.

With the English translation of her sequel to Lajja called Shameless released recently, readers will see her unabashed and subversive writing come to life once again. Her narrative, explores the lives of the protagonists of Lajja after they flee from Bangladesh to India, in hope of a better life and slowly gets subsumed by Taslima’s feminism.

What is your first memory of writing?

My first memory is that of writing poems. The title of my first poem, as far as I remember, was A Free Bird. I was about twelve years old and we were just allowed to go to school and come back. We were not allowed to go to the fields, like my brothers, to play football or cricket. I always wanted to go out but couldn’t. I always wanted to have freedom to go wherever I wanted to go. So the poem was also about how I wanted to fly free and see the sea, the nature, like a free bird because my parents said that it was dangerous for girls to go outside and I was confined within the walls of my home. The poem was actually published later. My eldest brother used to publish a little magazine. In both East and West Bengal, the little magazine was a type of literary magazine, which was very popular among young poets and writers who were kind of rebellious — and whose works were not accepted by larger, national newspapers and magazines. It was very revolutionary, filled with the voices of rebels with new ideas. So when I turned around seventeen or eighteen, I also started publishing a literary magazine.

What led you to pursue writing as a career?

It began as my hobby. I used to read and write a lot when I was in school. I used to go to public and school libraries and read all the books available there. I was a kind of a bookworm. I couldn’t go outside to play or to friends’ houses to chat and spend time, so I used to spend most of my time reading. Over time, I developed a passion to write about my feelings and thoughts. Also, my father was very domineering so I couldn’t express my feelings a lot. My father was a well-known doctor. He was actually an atheist, as I later discovered. So he didn’t want us to pray or read the Quran, instead he wanted us to get educated in the field of science and become doctors or engineers. I spoke a bit to my mother but she was very religious and I did not like religious thinking as much because I would always ask questions. Like, ‘why do I have to read or pray in Arabic? Allah knows everything so He should know Bengali! Allah claims He is merciful but He will throw them into hell who don’t worship Him, He is then anything but great and merciful!’ I never got a good answer to these questions so I never actually believed in religion. Initially I was agnostic and then I became an atheist, after reading all religious texts, including the Quran.