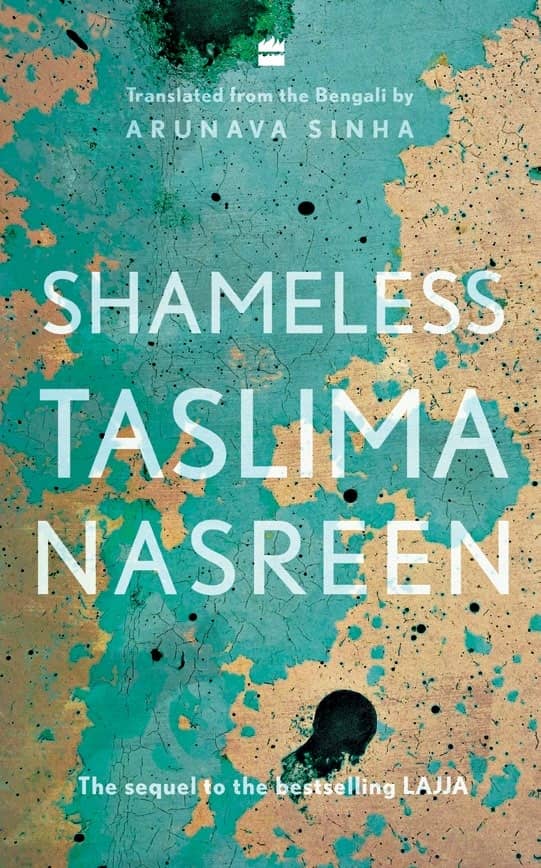 The Sequel to the bestselling LAJJA

Suranjan hadn’t been able to save Maya; it had only been a fantasy. Maya’s abduction by Muslims had turned him into a madman. He was willing to save her even at the cost of his own life. But he had failed. When, frustrated, he had decided to leave the country – a country where no Hindu was safe, where his beloved younger sister was not safe – while he was packing to leave it, he opened the door one morning to find Maya’s body lying near the stairs. He had screamed at the sight, Maya was dead. He had thought Maya was dead. He had carried her inside in his arms, Shudhamoy had checked her pulse, his hands shaking uncontrollably as he tried to listen for a heartbeat with his stethoscope. Kironmoyee had kept stroking Maya’s cold body. All that Shudhamoy could mutter was, ‘Take her to the hospital at once, she’s alive.’ Kironmoyee had begun to wail at the top of her voice, and Suranjan had left with Maya in his arms, followed by Kironmoyee. Shudhamoy would have gone too, if he had the strength. They had got into a rickshaw and gone directly to PG Hospital. Saline, blood transfusion, strong injections. Maya had opened her eyes and spoken two days later. But they didn’t change their decision, leaving for India as soon as Maya was released from the hospital, handing over their house for safekeeping to a relative. They had never asked Maya what happened, what those men had done. Maya would start crying sometimes, without saying why. Kironmoyee or Suranjan would draw her head down to their shoulder, letting her cry on it, or stroke her back, or put their arms around her to let her know they were with her.

The news of Maya’s disappearance and return was kept a complete secret from the distant relative whose house they had put up in. After all, they had decided, this was not the kind of news that should be broadcast to everyone. Although they had given detailed descriptions of the Muslims’ attacks on their home, they hadn’t said a word about the assault on Maya. India being a Hindu-majority country, their address being Calcutta in West Bengal, Prafulla Nagar being a neighbourhood primarily for Hindus, and their relative’s home being a safe place, none of them had had to fear Muslims any more. All that Suranjan knew, all that his parents knew, was that although there was no warmth, there was security here. But Shudhamoy’s world had come crashing down when his life’s savings of four lakh taka were stolen. In desperate need of a place to stay, they couldn’t afford to reject the shelter they had. They had originally been given the extra room in the yard, but suddenly Shankar Ghosh had shifted them into his three-room house. Anyone would imagine he was being generous, but no one knew then that he would touch Maya at night, clamping his hand over her mouth. After the first time, even that had become unnecessary, for Maya wouldn’t make a sound at all, lest they be thrown out the next day, or even the same night. If they were evicted, they might have nowhere to go but the train tracks. And this possibility made Maya picture an eyeless locomotive running over her like a fierce monster. Her body was being crushed to a pulp, her blood and flesh shooting out to fall on her parents and brother.

Maya would live in a state of perpetual fear. Those Muslim men had already mauled her body; she had died; her life had been saved by accident. If a Hindu also wanted her body now in exchange for offering the family a place to stay and two meals a day, well then, her body was no virginal vault that Maya had to protect fiercely. She had not objected.