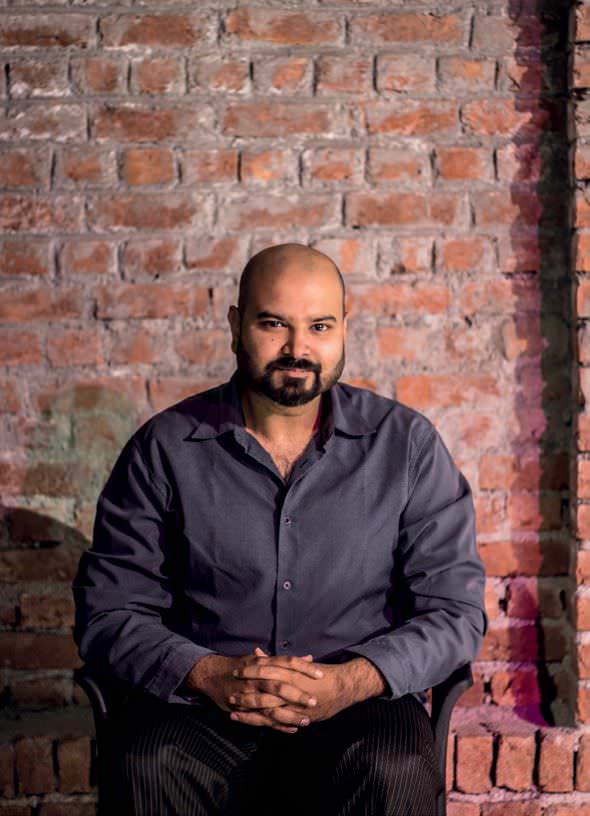 The first time I met Varoon, he made me laugh in his very first sentence, he made me sad and he made me think. His ability to have an audience in splits of laughter along with his suicidal tendencies that still come up every now and then was intriguing and endearing. We began talking about his theatre performances, his love for cinema, the life he has lived in umpteen cities and his improv acts. To give a different twist to the article form I thought why not innovate with an improv exercise where I will throw words at Varoon and he will elaborate, or not…

I am Varoon P. anand. I am the creative director of Kaivalya Plays, a theatre company where we make short films. Basically it’s anything related to community organization as it’s connected to an nGo. It’s all about experimentation. It’s about exploring and finding out as you go along. I also founded Cueless Improv, Delhi’s most experienced improv team. I have been in Delhi for about seven years now before that I lived and I am listing them out in chronological order new Delhi, Bucharest, Madrid, Riyadh, Islamabad, Panama, Illinois, Florida, Armenia, Panama, new Zealand, Panama and now new Delhi. along with exploring theatre, I also work with the Spanish Cultural Institute called Instituto Cervantes.

Childhood to me is completely about transition and transience because for me my entire childhood was spent moving from country to country. I was moving every three years. So at many levels, I had a lovely childhood as I saw so much but it was also so traumatic because every three years you moved to a completely new culture, new language. Having said that I had access to great education because I was the son of two diplomats. I was exposed to great literature and music and so on. For example, the first time I went for a music performance was that of classical music. as a child I was very interested in films as well, and I think I knew from then on that I would like to do something related to film and the arts. The first films I saw were Star Wars, Ben Hur and My Fair Lady to name a few.