Beyond The Gully: The Changing Shape Of Indian Hip-Hop 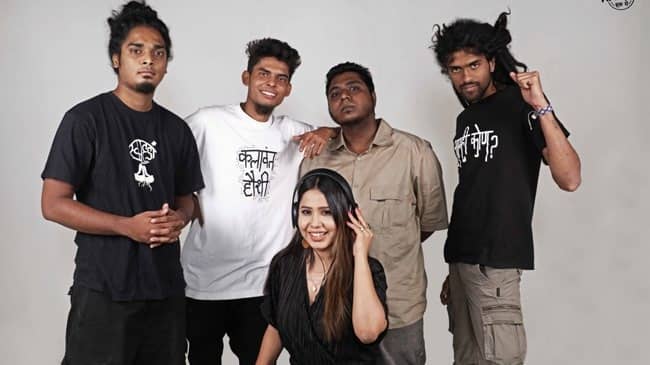 The rap revolution led by Divine and Naezy has disrupted the music industry in unprecedented ways. Let’s take a trip.

Last year around this time, a colloquial ‘Hinglish’ phrase found its way into people’s conversations and onto their T-shirts. Whether it was the cool-cat optimism that Apna Time Aayega carried or the way it was stylised in an irreverent font, the fact that a hip-hop slogan had hooked a nation was a curious thing to see. The craze was all thanks to Gully Boy, the Zoya Akhtar film, loosely based on the inspiring lives of breakout Mumbai rappers, Vivian Fernandes aka Divine and Naved Shaikh aka Naezy.

For the majority of India, Gully Boy served as a first brush with ‘desi’ hip-hop, with a noticeable rising trend of rappers, spitting verses in their mother tongue. But hip-hop ‘scenesters’ in Mumbai and Delhi would tell you that the film was simply a Bollywood-style chronicle of a thriving culture that had existed for at least a decade. In our many conversations since 2015, Abhishek Dhusia aka Ace, the founder of one of Mumbai’s oldest hiphop crew, Mumbai’s Finest, has repeatedly said, “We have been doing this for years. It’s only now that people are sitting up and taking notice.” Dhusia started Mumbai’s Finest with a bunch of ‘homies’ in 2006 and in the days of YouTube infancy, a song got viral via Bluetooth sharing. In an interview with Rolling Stone India, Dhusia had said how his group’s first song ‘Shake It’, a homespun recording via a headphone mic and free beats, became quite the thing. “We’d go eat bhurji pao at 3 a.m. near Andheri Station and people would be bumping that shit. We were like, ‘Oh, that’s my song,’ and they wouldn’t believe us.”

The Big Bang of Hip-Hop

By the time YouTube caught on, a bunch of hip-hop songs had already been doing the rounds, spawning pockets of super loyal, albeit tiny, fandoms– Divine’s 2013 track Yeh Mera Bombay was the quintessential ode to the Bombay hustle while Emiway’s Aur Bantai and Naezy’s Aafat were local hits in 2014. But it was the release of Mere Gully Mein in 2015 that marked the official big bang of Indian hip-hop. Released on Sony Music and featuring Divine and Naezy, the song became an anthem in no time. It didn’t matter if you followed the scene or not, there was no escaping this track which carried Bambaiyya lyrics that praised the peculiarities of the gully, accompanied by an addictive beat courtesy the Delhi-based producer Sajeel Kapoor aka Sez On The Beat. The backing of a big label ensured the song reached millions of fans on the emerging streaming apps as well as on YouTube, where the music video currently boasts over twenty nine million views. The same year, Sony Music signed Divine as an exclusive artist while the talent agency Only Music Louder brought on board Naezy. Hip-hop was going to only get bigger.

It might appear that the epicenter of all the action in these years was Mumbai but on the ground, mini hip-hop movements were breaking in every part of India. In Delhi, the old mecca of rap, a young artist, Krsna, was rapidly gaining fans, aided by a record deal he had signed with Universal Music. Mohali-based rapper Sikander Kahlon was a local hero, just like Brodha V (Bengaluru), MC Kash (Kashmir) and Tripura’s Borkung Hrangkhawl aka BK. Most of these artists rapped in their mother tongue, broaching topics that commercially successful Bollywood biggies like Yo Yo Honey Singh and Badshah didn’t care about: deep-rooted systemic corruption, secularism, women’s rights and more. Unfortunately, women are largely missing from the hip-hop revolution barring a few pioneering names such as MC Manmeet Kaur and Dee MC.

The years 2016-18 served as the foundation for the hip-hop high-rise that kept levelling up with every new artist making a debut. What made Indian hip-hop unique was its linguistic, regional diversity and the overall ‘glocal’ outlook; everyone looked the part in their gold chains, the Nineties’-style baggy jeans and snapbacks, an unmissable Indian expression both in the studio and on the stage. Even though Naezy, Divine and Emiway often cited Nas, Jay-Z and Eminem as big influences, they owed their success entirely to the relatability that their gully-ka-bantai brought them.