Philosophy & The Creation of the Individual 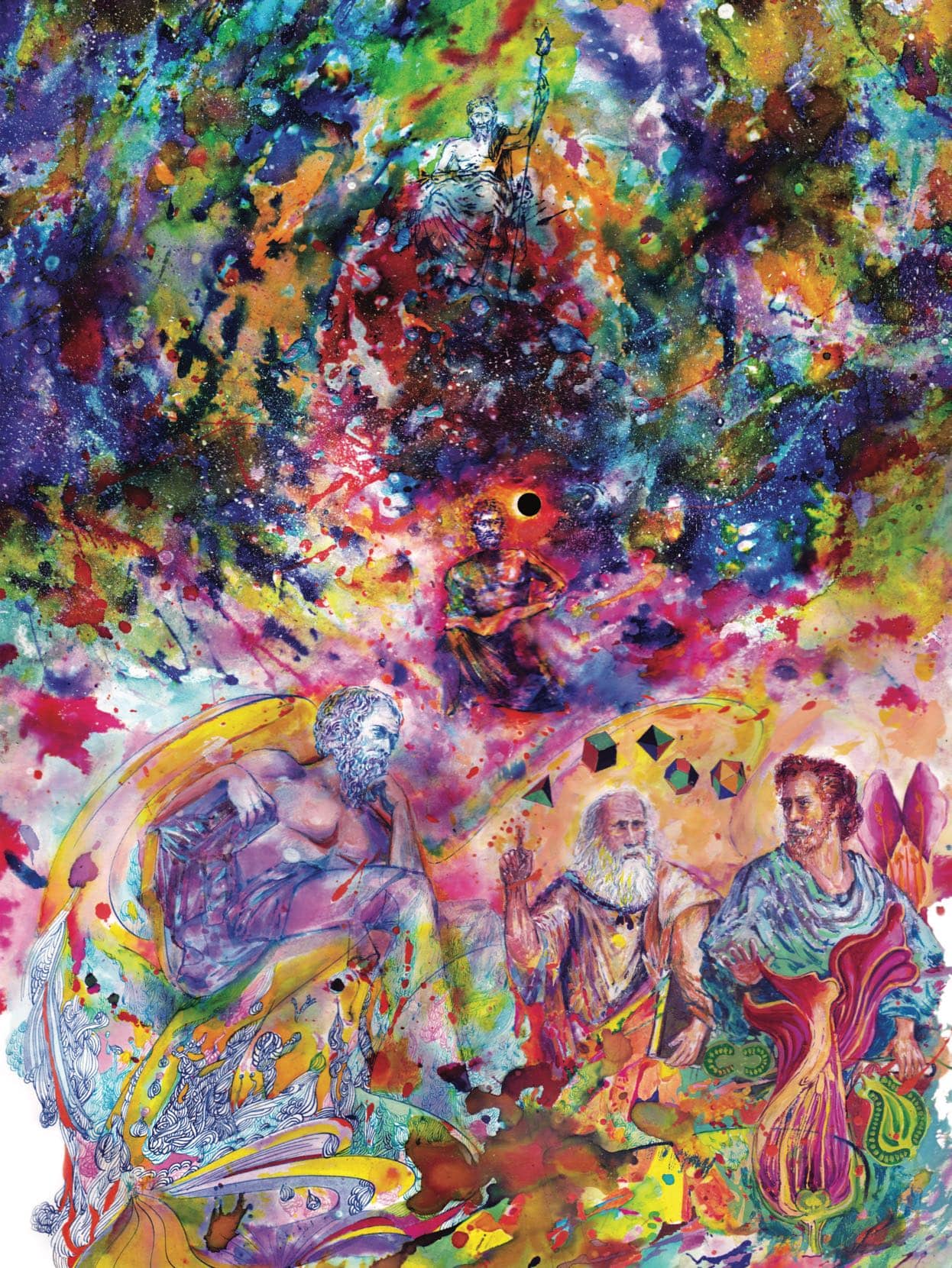 Why do we think of philosophy originating with the ancient Greeks? After all, it’s clear that the ancient Egyptians, who preceded Pythagoras and Plato, Parmenides and Aristotle, by 2,500 years, practiced wisdom too: “The power of Truth and Justice is that they prevail,” reports The Wisdom of Ptahhotep from around 2350 BCE.

In his History of Western Philosophy (1945), Bertrand Russell argued that it’s right to think of philosophy beginning in the sixth century BCE with the Greeks (in Miletus, a Greek colony in what is now Turkey), because it was only then that philosophers began to distinguish thought from theology. As is often the case in his entertaining volume, though Russell was making a point rather than making a case. After all, the thinker who is called the first philosopher, Thales, is remembered for remarking, “All things are full of gods.”

In A New History of Western Philosophy (2004-7) the Oxford philosopher Anthony Kenny proposes that philosophy really begins with Aristotle (384-322 BCE), because Aristotle was the first philosopher to systematically summarize the teachings of his predecessors in order to criticize them. I think there is something in Kenny’s case, because to systematize is a new departure. It’s an approach that Aristotle’s great teacher, Plato, didn’t adopt.

We can gain a sense of the radical nature of Aristotle’s move if we consider some of the words he creates in order to make it. For example, Plato had the word ‘analogy’ but not the word ‘analysis’. The word ‘analysis’ was invented by Aristotle. This implies that, whereas Plato assumed that the purpose of argument was to point towards truth, Aristotle found that argument could break down the subject under study, much as dissection could cut up flowers and fish. Similarly, Plato had the word ‘quality’ but not the word ‘quantity’ – another word Aristotle coined. It’s why Plato is always more interested in oneness, twoness and threeness than one, two and three. His approach to mathematics is contemplative, as is indicated in his story about Socrates observing two raindrops colliding to form a single silvery ball of water. “Where did the twoness – the separation, the duality, the independence – go?” he has Socrates ask. But Aristotle is different. He can also contemplate numbers mathematically. He does argue that ‘3’ is a perfect number because it contains a beginning, middle and end; but he’s also interested in ‘how-muchness’ – which is what ‘quantity’ means. After this, thinkers became interested in the calculable aspect of objects in an empirical world. That’s something new. Owen Barfield writes that, with Aristotle, “The human mind had now begun to weigh and measure, to examine and compare; and that weighing and measuring has gone on – with intervals – for twenty-three centuries” (History in English Words, 1926, p.111). You could say that, after Aristotle, practical knowledge could be distinguished from theoretical knowledge. That’s different from the wisdom of myths and traditions, in which those two aspects are seamlessly intertwined.

It’s worth dwelling on just how profound this shift in thinking was. For millennia, our ancestors had felt they dwelt in a cosmos that was pervasively populated by living entities, and that these intelligences shaped how the world worked. When Ptahhotep wrote about Truth and Justice, he wasn’t thinking of abstract ideas as we do, he was thinking of personal characteristics of the god Maat. “Great is Maat!” his wisdom writing states. This is an act of divine praise. Truth and Justice prevail because Maat lives forever.