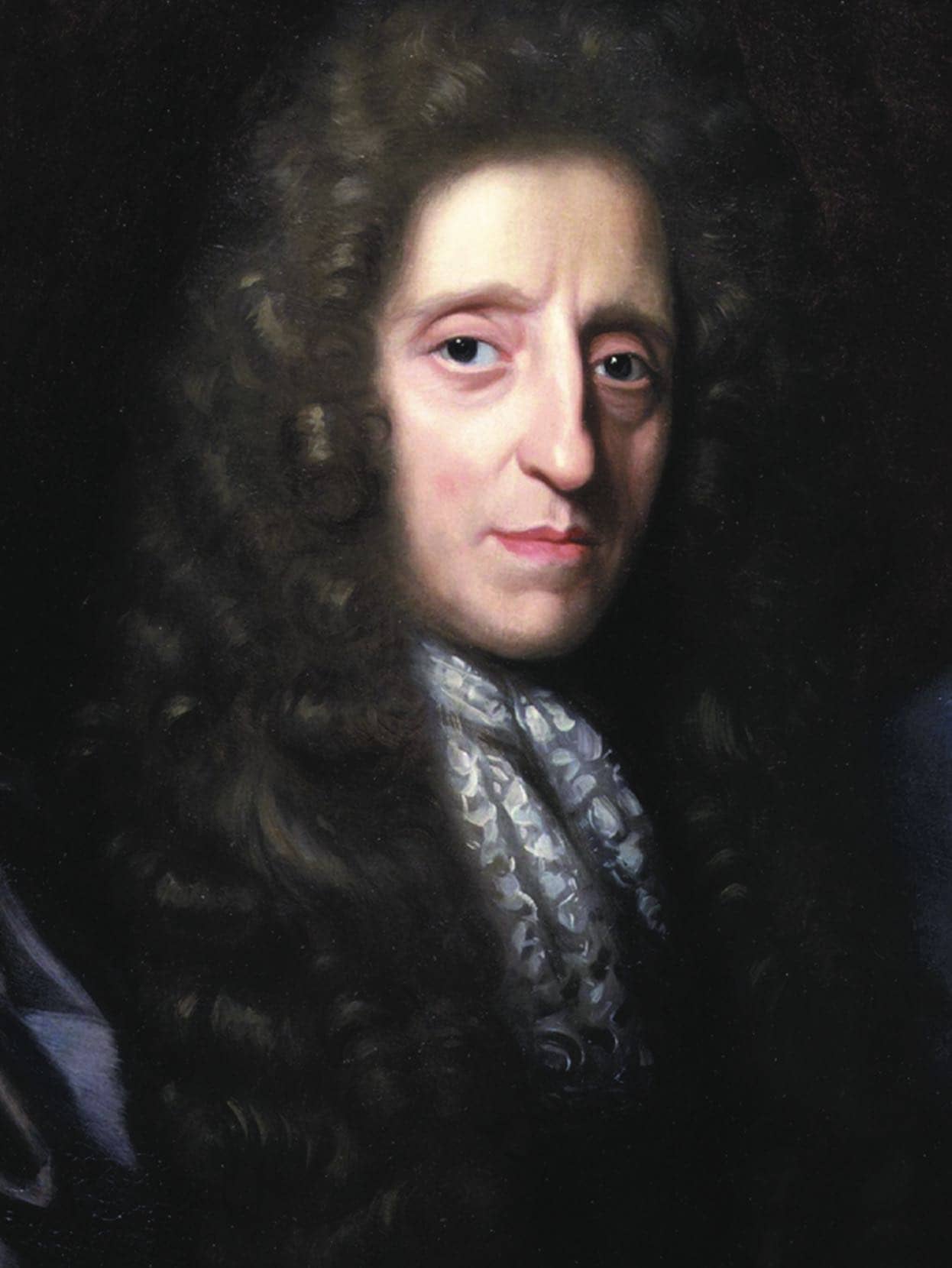 John P. Irish goes into full Locke-down with a titan of philosophy.

Before 1689, when he was almost sixty, there was very little in John Locke’s life that would have indicated that he was to become one of the most important philosophical minds of the Western world. Before that, he was little more than a footnote in English history, with no major publications, and only a few minor writings which were all published anonymously. But after 1689, with the publication of his two magnum opuses, the Two Treatises of Government and An Essay Concerning Human Understanding, the world would take notice of this powerful intellect.

John Locke was born in Wrington, Somerset, a small town just south of Bristol, England, on August 28, 1632, to parents of moderate means. His father, John Locke, Sr., owned some land and property, and supplemented his income from these by practicing as an attorney and taking administrative posts in local government. Locke remembered his father being severe and his mother being affectionate. His family had Puritan sympathies, and his father was an officer in the Parliamentary cavalry in the English Civil War, under Alexander Popham.

In 1645 Popham served as a Member of Parliament, which allowed him to recommend boys for places at the Westminster School. At the time the Westminster School was considered to be the finest school in England. Locke entered it in 1647. Education at the School consisted primarily in the study of ancient languages: Latin, Greek, and Hebrew.

Westminster School had a connection with Christ Church, Oxford, for which it could recommend scholars. Locke entered Christ Church on this recommendation in 1652. Education at Christ Church then had deep roots in the Aristotelian canon. Students were also expected to hone their skills at analysis through disputation. Locke did not find this curriculum very interesting, and spent most of his free time reading literature, much of it translated from French. But it was at Oxford that Locke began to develop his interest in science and medicine. Locke began his informal education in these subjects as he read Boyle, Gassendi, and Descartes. Locke later claimed that his interest in the epistemological (knowledge-related) questions of the day began with exploring the writings of Descartes as a young man at Oxford.

Locke’s attention at Christ Church was not exclusively on scientific and medical matters. He was also engaged with some of the most important political and religious questions of the day. After Oliver Cromwell’s death, Locke welcomed the Restoration of Charles II in 1660, even though it meant the re-establishment of a strong, even authoritarian, monarchy. In that year, in response to Edward Bagshaw, a classmate at Oxford, Locke wrote a short work titled Two Tracts of Government. In opposition to Bagshaw Locke affirmed the power of the civil magistrate to determine the form of religious worship. This work reflects Locke’s early belief that the return of the King would bring peace and political stability. Initially, Locke intended for part of this treatise to be published; ultimately though, he decided not to publish any of it. It remained unpublished until 1967. From 1661 Locke served as a tutor, and was appointed to several positions at Oxford: a lecturer in Greek; in rhetoric; and finally, in moral philosophy. Soon he also considered a second work for publication, known as the Essays on the Law of Nature. These were most likely lecture notes, organized and revised in 1664. However, Locke lost interest in the project, and they too were not published until 1954. However, these unpublished essays indicated two themes that would remain constant interests for Locke throughout his career as a thinker: the voluntarist theory of law, by which people should be free to choose the laws they live by; and the empiricist approach to knowledge, by which all knowledge comes to us through experience: ‘There are no innate ideas’, as Locke was later to argue in his Essay.

In 1665 Locke was offered a diplomatic position as secretary to an embassy in Cleves, a German city near the Dutch border. He seems to have enjoyed his first trip abroad. The experience also led him to reassess his views on religious and political tolerance, especially as expressed in his Two Tracts. In Cleves, members of different religious denominations lived together in peace. He would remark in a letter, “they quietly permit one another to choose their own way to heaven, [without] quarrels or animosities” (Corr., L177).

In 1666 Locke returned to Oxford. Back in England, he would form one of the most important friendships of his life.

Origins of the Essay and the Two Treatises