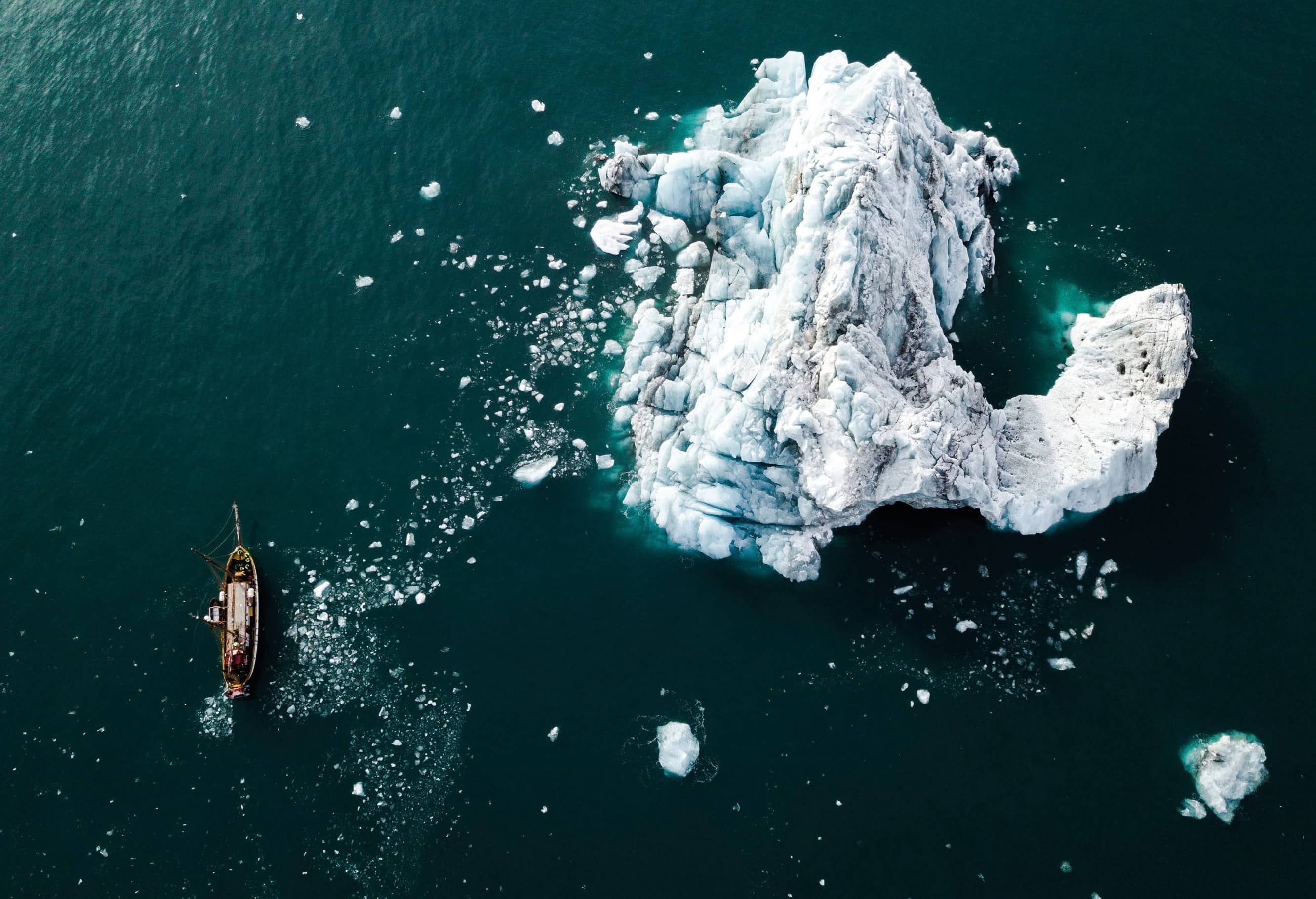 Virgin landscapes, sculptural glaciers and striking fjords—nowhere is the raw power of Mother Nature as mesmerising as it is in Greenland, which is best discovered through an old-school sailing expedition

Built-in 1918 according to Danish shipbuilding traditions, the Donna Wood was originally a lighthouse ship but was restored in the 1990s to withstand expeditions. Part of the North Sailing fleet, this oak ship is equipped to traverse the icy waters of Greenland 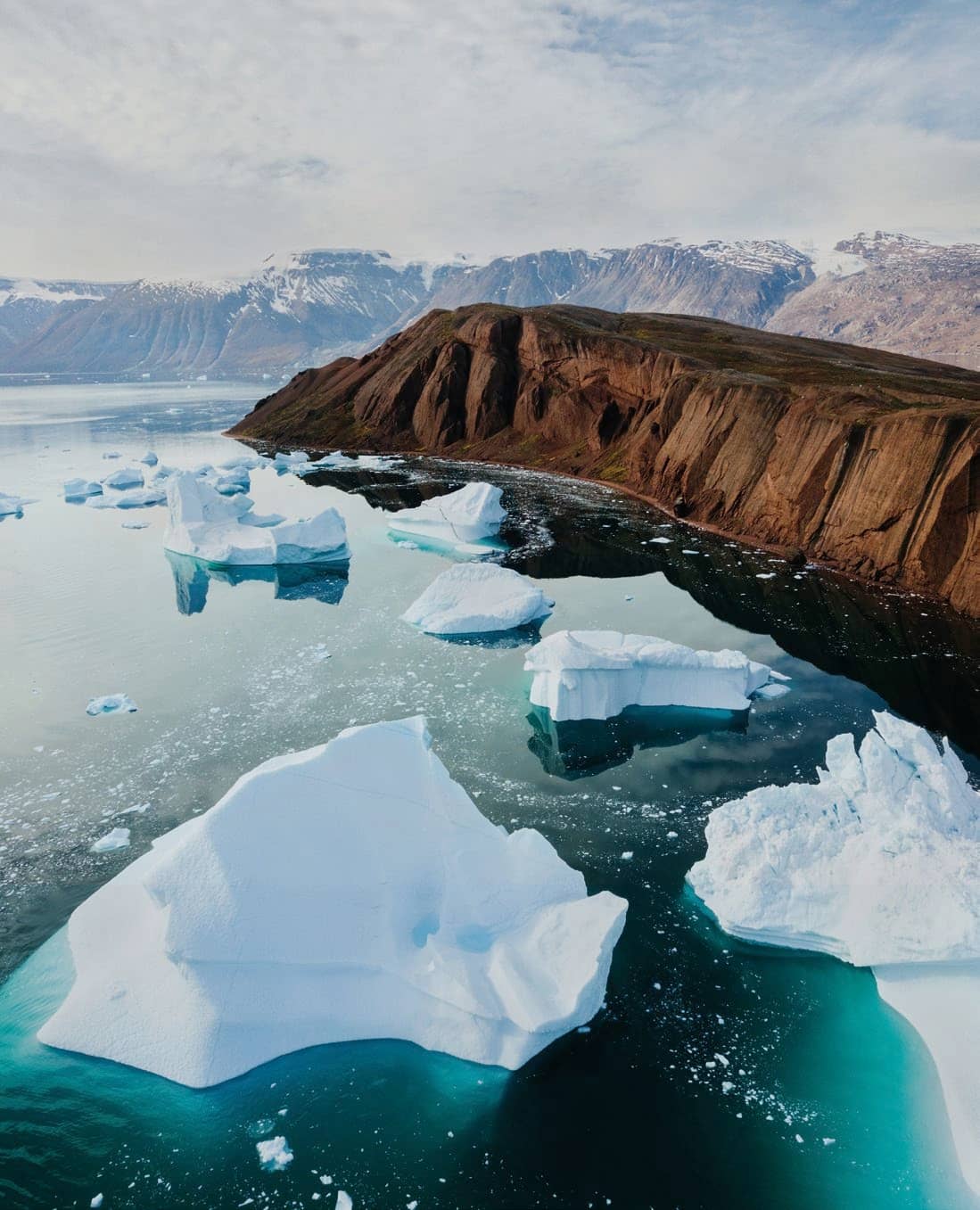 An aerial view of Rødeø (Red Island), one of the most picturesque spots in Kangertittivaq (Scoresby Sund)—the world’s largest fjord, located on Greenland’s eastern coast. Massive icebergs tend to get stuck in Scoresby Sund’s shallow channels resulting in an otherworldly scene 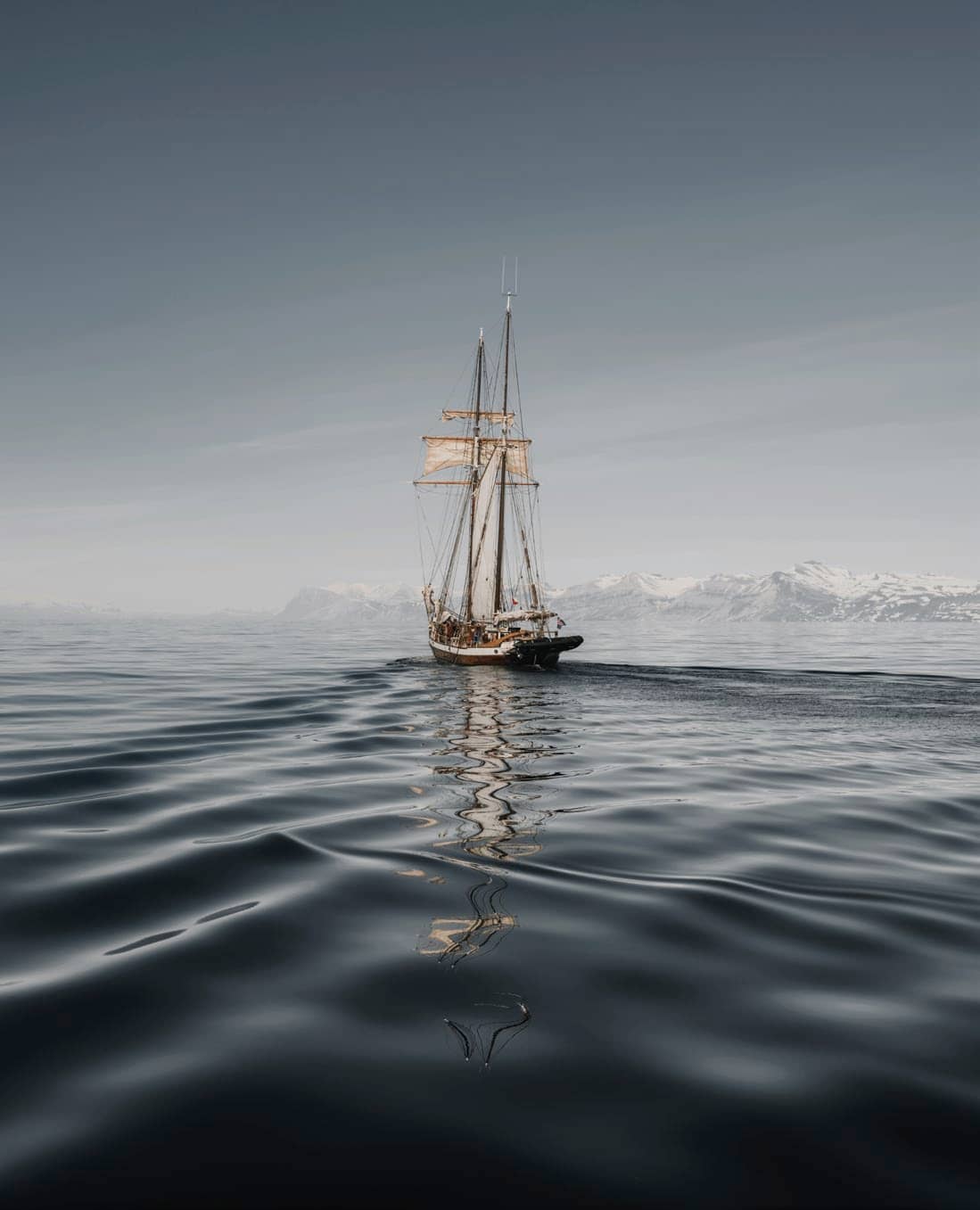