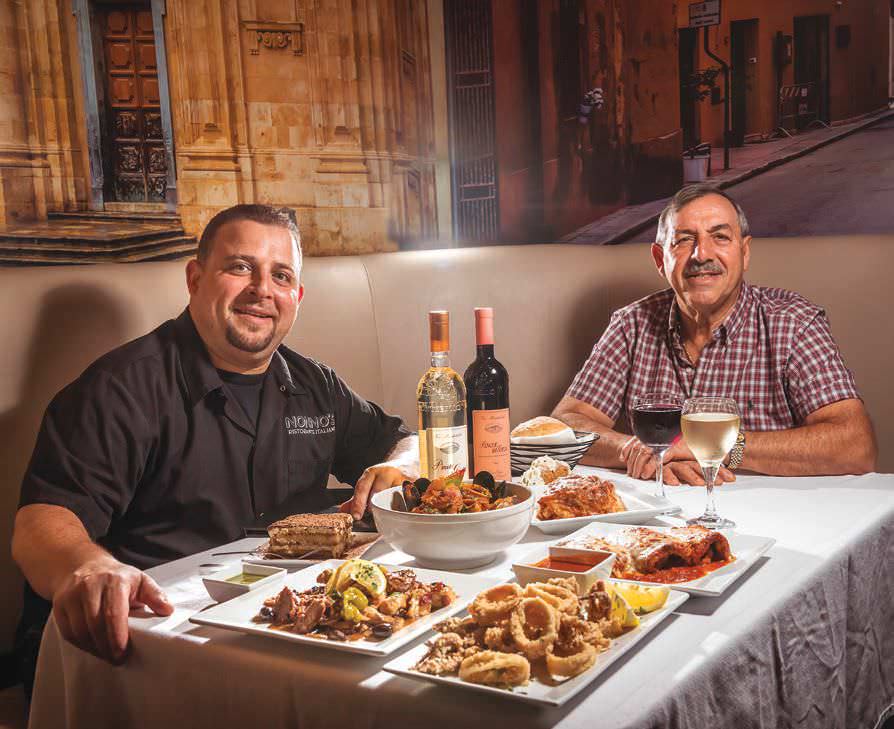 At Nonno’s, Stefano LaCommare draws on skills he learned in Sicily and New York to create memorable classic dishes.

I MAY HAVE mentioned at some point in our relationship that I’m from The Bronx.

Which, if you’re unaware, is one of the outer boroughs of New York City, famed for Yankee Stadium, open spaces (we’ve got parks, yo), the birthplace of hiphop and the famed Ogden Nash couplet “The Bronx; No Thonx.” It’s one of the few places that begins with “The,” and the most diverse area in the country. I grew up learning about German delis, Chinese restaurants, Latin bodegas and, of course, pizzerias.

The Bronx model of Italian food was not the refined seafood of Veneto or the risottos of Milan, but a tomato sauce heavy, oven baked pasta abundance made by transplants who came from Sicily during the Southern Italian diaspora of the early 20th century. Lasagna! Ravioli! Anything parmesan!

Stefano LaCommare also grew up with these dishes. His current restaurant, Nonno’s in Altamonte Springs, is a testament to the cooking skills he learned in Sicily and his years in New York in the 1970s.

MORE STORIES FROM ORLANDO MAGAZINEView All