One Woman's Mission To Find Fun Alternatives To The F Word 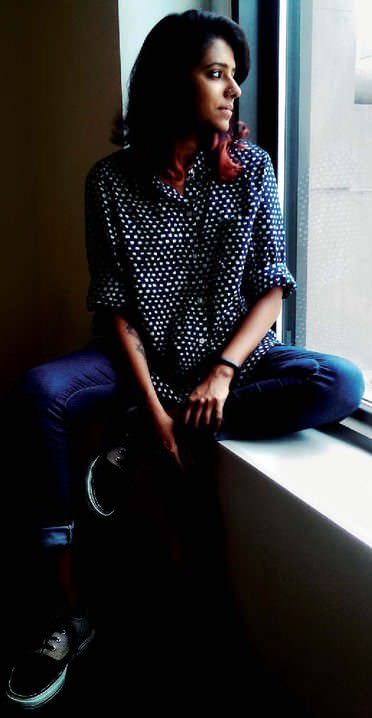 ONE DAY, AFTER cursing profusely in front of a group of eight-year-olds, Sneha Keshav, a 27-year-old branding student from the New York School of Visual Arts, suddenly decided it was time to wash her mouth out with soap. Convinced that she was overusing the word ‘fuck’ on a daily basis, Keshav embarked on a 100-day project last month. Her goal? To create suitable easy-to-use substitutes for popular swear words and phrases. She called the project Taming of the Fuckery and has already come up with over a hundred new alternatives to the word in question. Now when they are in a bad mood, Keshav and her followers will immediately tell people to ‘go fly a kite’, ‘fork off’, ‘eat my shorts’ or ‘zip it’. And if they goof up, they hiss, ‘oh sugar’, ‘holy guacamole’, ‘ay caramba’,‘what the falafel’ or ‘doggone it’. For the moments when they are overcome with joy and excitement, Keshav has come up with a special set of words: ‘fudgenuts’, ‘holy moly’, ‘blistering barnacles’ and ‘amazeballs’. And in those rare situations where they find that they have no choice but to abuse, they have decided to make do with ‘you waste of space’, ‘piss off’, ‘Tilda Swinton’ and ‘you little maggot’.

“I have used the word ‘fuck’ so many times in my life, it became as natural as drinking water or breathing oxygen to me. I used it, I loved it and I definitely do not have a problem with it. But there are times when one has to mind one’s language such as at the workplace or in front of parents, younger siblings, children and so on. It shouldn’t come to a stage that cursing becomes so ingrained in our system that we forget how to speak any other word. I began to feel that abusing had become like an addiction and I really wanted to find a way to break free of it. But at the same time I knew that if I preached about the ‘right words’ to use, nothing would actually change. So I decided to club together design and a message in a way in which checking the words you use on a daily basis became enjoyable and amusing. My project is not moral policing, it is just a pleasing option to the norm,” says Keshav.

Inspired by Micheal Bierut’s 100 days project, she and her friends at university initially felt that going on a 100 day ‘clean language’ spree would be relatively easy. “My main aim was to stay true to an idea for 100 days straight, which is tougher than it seems. Most of us are so used to saying ‘fuck it’, ‘fucking crazy’, ‘fuck off’,‘what the fuck are you doing’ or ‘oh fuck’ that the word just slips through our mouth, often before we can even realise it or check ourselves. I was also intrigued by how unconsciously we resort to using it as a prefix to amplify the meaning of something, like ‘Are you fuckin’ kidding me?’ where the word just seemingly adds more weight to the sentence. In a way, our contemporary vocabulary is stunted, thanks to this convenient one word. My idea was to add some fun alternatives to our arsenal of colourful swear words. So this project is not a moral judgement nor do I want to eliminate the word. I would just love it if someone shrugged and said ‘hakunamatata’ instead of ‘fuck that’. Abuses can have substitutes,” she says, adding that using close synonyms like the ‘F word’ was ruled out as part of the project.