The SHAPE of the Soul 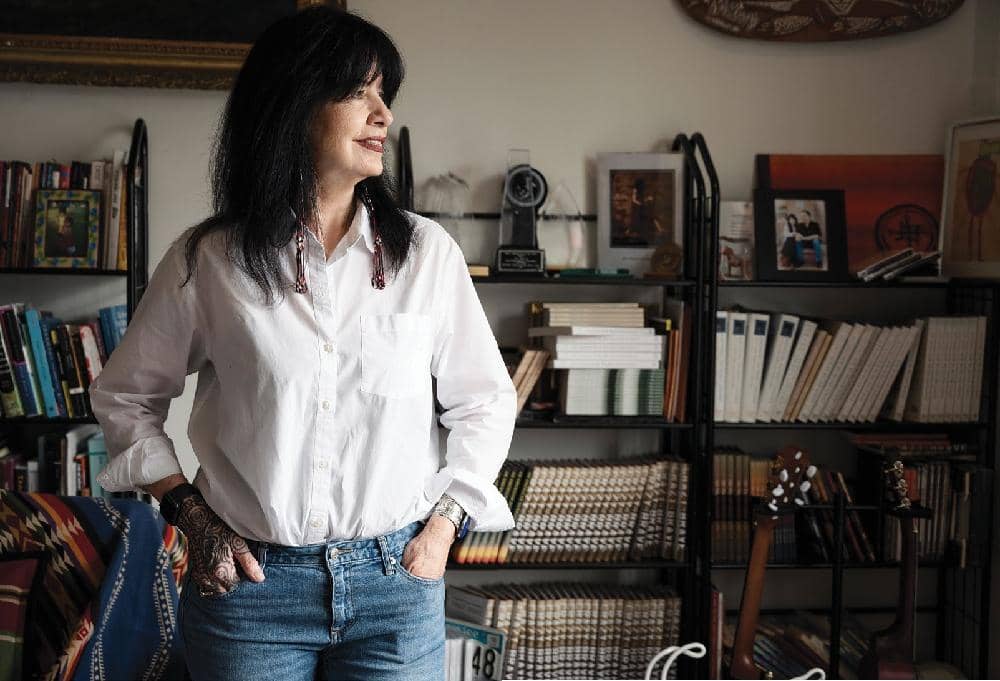 IN SEPTEMBER 2019, Joy Harjo was named the twenty-third United States Poet Laureate. A member of the Muscogee/Mvskoke (Creek) Nation, she is the first Native American United States Poet Laureate as well as the first from Oklahoma. Harjo grew up in Tulsa and recently returned to her home state after a long absence, a move that coincides with her current tenure as a 2019 Tulsa Artist Fellow. She also is a chancellor of the Academy of American Poets and a founding board member of the Native Arts and Cultures Foundation.

Harjo’s first publication, The Last Song, a chapbook of poetry, was released in 1975. Her most recent collection, American Sunrise, was published in August 2019. Her awards include the Ruth Lilly Prize from the Poetry Foundation, the Wallace Stevens Award from the Academy of American Poets, and a Guggenheim Fellowship. Her memoir Crazy Brave won the PEN USA Literary Award for Creative Non-Fiction. Harjo has published two picture books for children—For a Girl Becoming and The Good Luck Cat—and she has recorded four award-winning albums of music including Winding Through the Milky Way, for which she was awarded a NAMMY for Best Female Artist of the Year. Harjo is a founding member of For Girls Becoming, an arts mentorship program for young women of her tribal nation.

Q: Your writings often are referenced by scholars of environmental writing—the theme of taking care of the earth and all its inhabitants run throughout your work. Oklahoma has suffered many environmental insults—from Tar Creek to fracking to injection-disposal of waste drilling fluids to poultry waste polluting the Illinois River Watershed. Your elegy for Mvskoke poet Louis Oliver, “Fishing,” is one of my favorites of your natural world poems. Would you speak about your approach to writing about the natural world?