In The Long Run 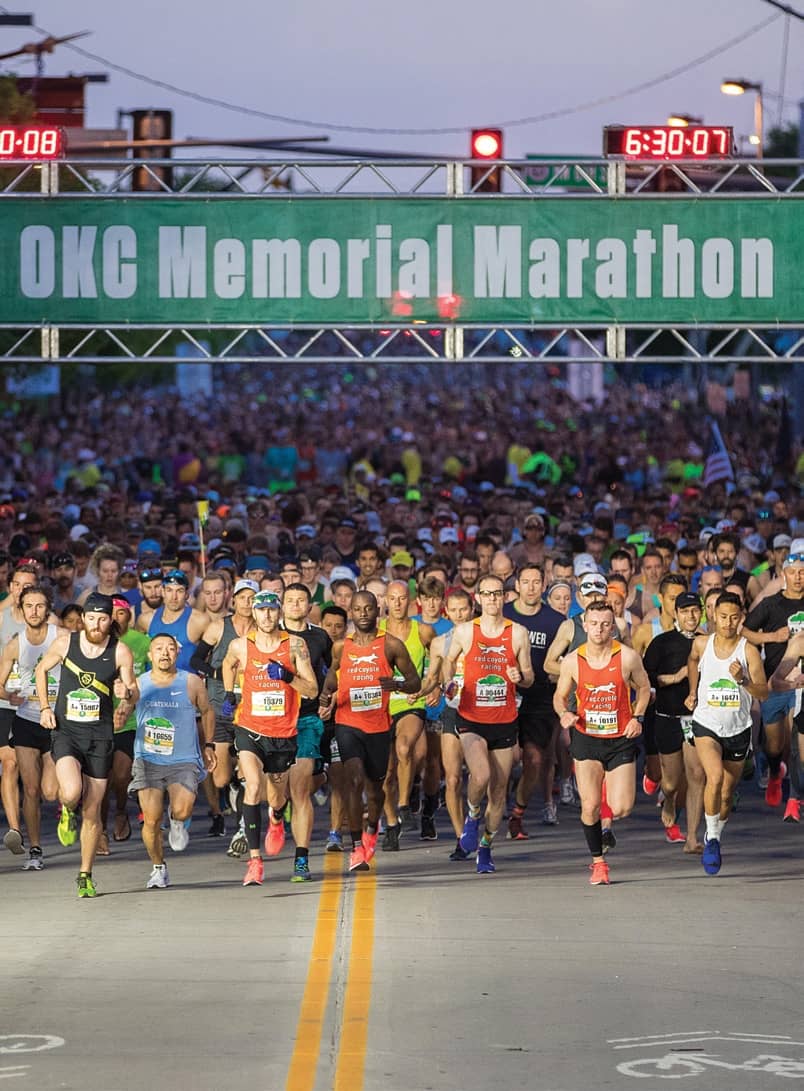 THE STEPS OF EACH OKLAHOMA MEMORIAL MARATHON RUNNER ECHO HEALING AND HOPE THROUGHOUT THE CITY.
Nathan Cunter

IT WAS COLD at the starting line. I jumped in place, stretched, and tried to stay warm, but it was April 28, and the plains had yet to fully wake from winter. But I stood still before the race’s start as we waited for 168 silent seconds to remember why we were there. This year in particular, 2013, that silence was heavier than usual. Thirteen days before, terrorists had detonated bombs at the finish line of the Boston Marathon, and now, tens of thousands of us were about to run in the Oklahoma City Memorial Marathon—including me, running the half for the first time. I’d been training since January in my neighborhood in northwest Oklahoma City, hundreds of miles behind me and only a little more than thirteen ahead.

I was back with the ten-minute milers—optimism embodied. When you’re that far back and hear the starting gun, you still don’t move for about five minutes as the crowd of athletes ahead of you sets off. But soon, we started to walk, then to walk fast. At the starting line, I was able to break into a rhythmic run, watching my breath, trying to meditate.

We passed downtown buildings, the Myriad Gardens and the ’Peake, through Bricktown and Deep Deuce and toward the Capitol. The sun came up. I started to sweat.