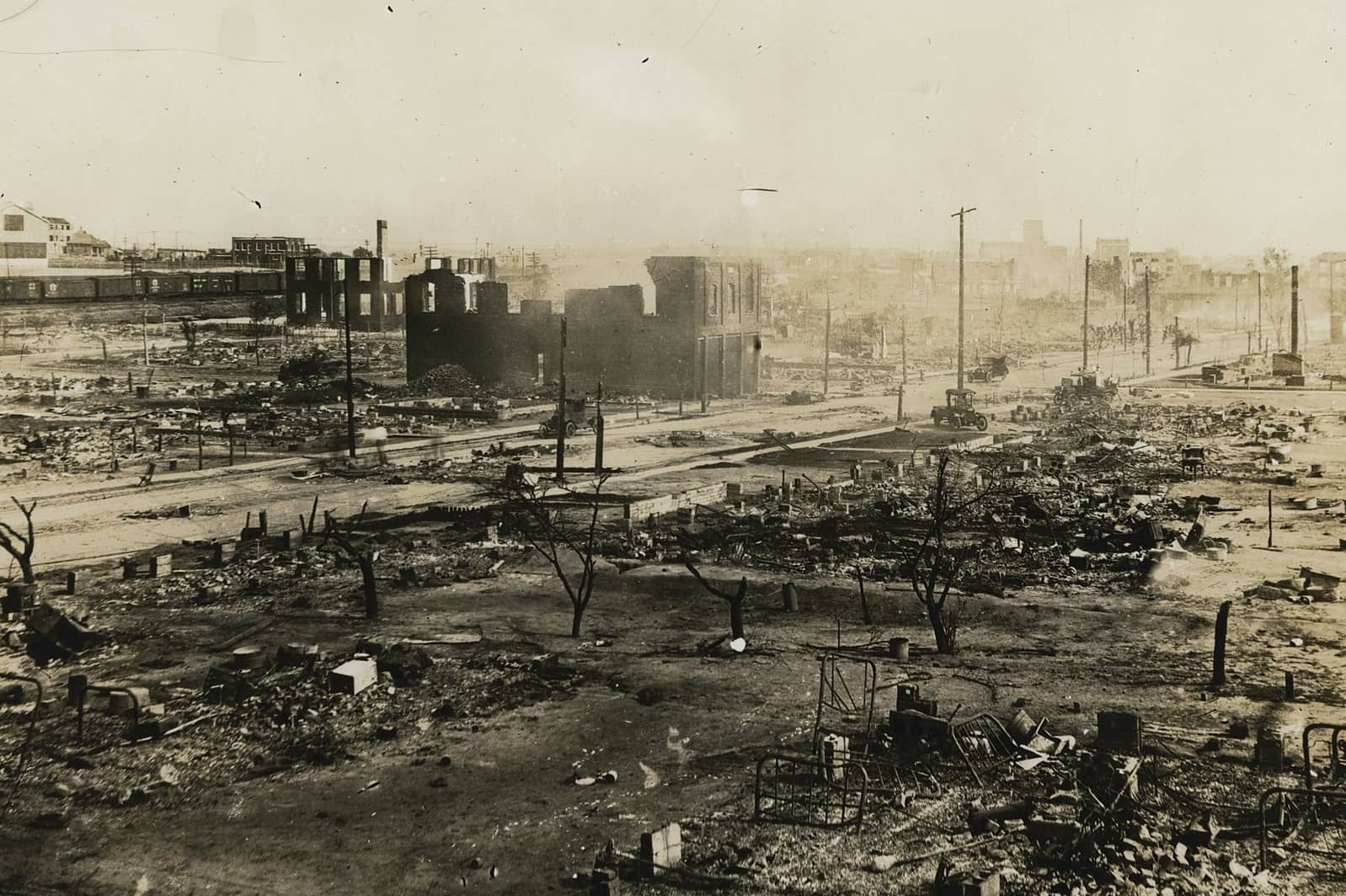 NINETY-NINE YEARS AGO, TULSA SAW THE OUTBREAK OF ONE OF THE WORST INCIDENTS OF RACIST VIOLENCE IN AMERICAN HISTORY. TOO LONG UNTOLD IN OKLAHOMA HISTORY CLASSROOMS AND TEXTS, THE STORY FINALLY IS SEEING THE LIGHT OF DAY.

Americans in Oklahoma Territory arrived on the Trail of Tears with the forced removal of the Chickasaw, Choctaw, Cherokee, Creek, and Seminole tribes during the 1830s and 1840s. All five of these nations owned African Americans as property, though many Freedmen lived among the tribes, and some blacks and tribal citizens intermarried. The Creeks and Seminoles supported the Union during the Civil War, while the Choctaw and Chickasaw fought on behalf of the Confederacy, and the Cherokee were engaged in an internal conflict over which side to support.

Following the Civil War and the passage of the Thirteenth Amendment, federal treaties granted freedom to enslaved blacks, and these Freedmen were adopted into tribes. These treaties also included large allotted parcels of land. African Americans in Oklahoma and Indian Territory owned more land than anywhere in the nation prior to statehood, including twenty-eight all-black towns starting with Tullahassee, which was founded in 1850. Black entrepreneurship was as important as land ownership in the rise of Tulsa’s Greenwood District.

Extreme racism and deep segregation were the way of things in the midst of Tulsa’s oil boom. While many white Tulsans prospered—and both whites and blacks flocked to the “Magic City”—the business district centered at the intersection of Archer Street and Greenwood Avenue became the hub for the city’s black entrepreneurs and homeowners. A commitment to buying black was critical to the community.

Built in 1905, businessman O.W. Gurley’s grocery store and one-story rooming house served as the catalyst for the growth of other enterprises in the district. Black Wall Street flourished economically and culturally, preceding New York’s Harlem and Pittsburgh’s Hill District communities in black business development and vitality. Though black Tulsans took their political and cultural cues from Harlem and Chicago’s Bronzeville, what they built by their own hands evolved prior to the neighborhoods in those cities. Black Tulsans’ success was rooted in land ownership and a spirit of independence despite hatred both vigilante and legislated.

By 1907, the year Oklahoma was granted statehood, “Little Africa,” as it was called by whites, was home to the Tulsa Star newspaper, two black physicians, three grocery stores, and many other businesses and establishments. Schools, churches, and elegant houses dotted the bustling streets. Nightclubs, then Prohibition-era speakeasies, provided venues for the blues and jazz musicians who made Greenwood a regular stop.

THE POLITICAL CLIMATE in the nation during the early twentieth century was a complex mixture of volatility, uncertainty, and patriotism. Nearly 4.7 million Americans fought in World War I, including more than 350,000 African Americans. Though black people were allowed to serve in the United States military, they worked largely in segregated units.

But the Second Industrial Revolution already was transforming American society by the time the war began in 1914. The expansion of steel, electricity, and petroleum jobs led to accelerated urbanization and the first of two significant migrations of African American people as blacks were recruited to leave the South for work in Northern cities. The large number of African Americans in Chicago, Philadelphia, and elsewhere gave rise to great anxiety among many white people, who feared their shelter, jobs, and safety were at risk. The end of the war in 1918 and state-side efforts to unionize black workers did not diminish these concerns.

African American veterans came home to more severe racism and rampant lynching than they’d left behind—but with a new resolve to battle segregation. Many whites saw them as a threat to the status quo of Jim Crow laws. Twenty-five riots, eighty-three known lynchings, and the massacre of two hundred African Americans in Elaine, Arkansas—a mere six hours from Tulsa—occurred between April and October of 1919. The Red Summer, as this period is known, was a time of brutal assaults generally initiated by rogue white civilians and veterans upon black veterans. These white servicemen had help from a reinvigorated Ku Klux Klan, and their victims also included African American women and children. Tulsa’s city government contained many Klan members, and the city was a buzzing hive of KKK activity, inflaming racial tensions. 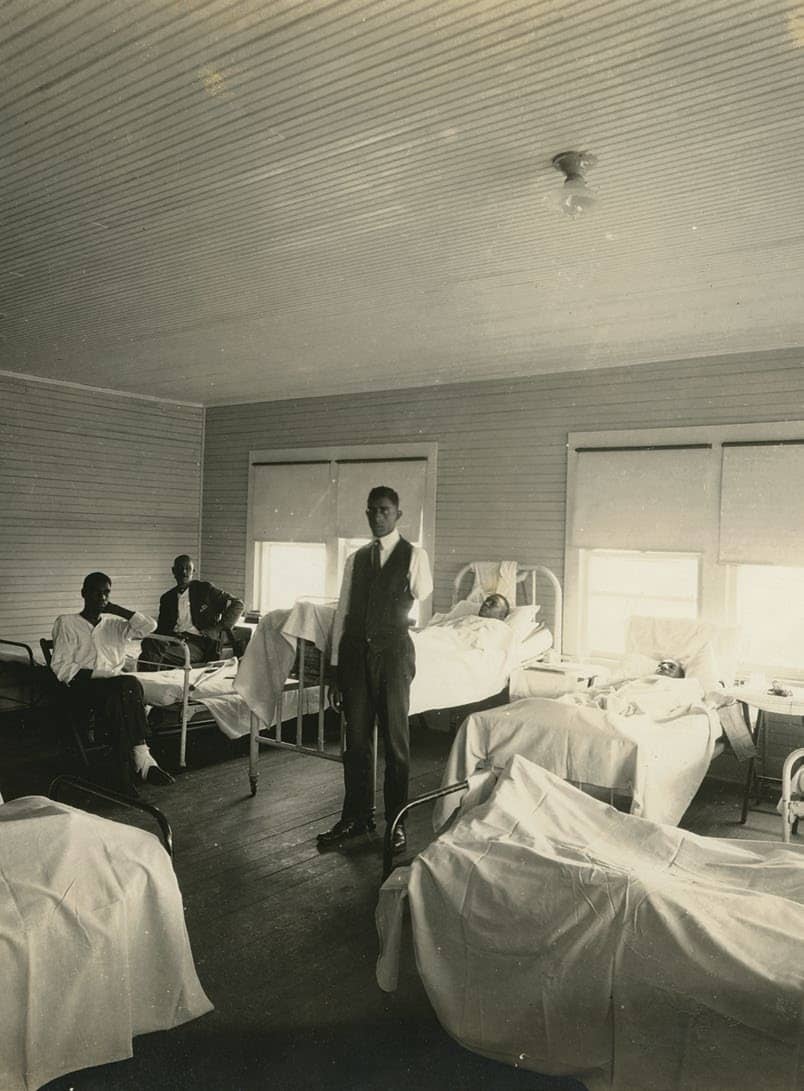 The American Red Cross set up temporary emergency wards, including this one known as the Maurice Willows Hospital, after the massacre. The Red Cross was the only organization that provided relief to victims of the violence in Greenwood.

NINETEEN-YEAR-OLD DICK ROWLAND shined shoes at the Ingersoll Recreational Parlor at Third and Main streets. The owner arranged for his employees to use the bathroom on the top floor of the Drexel Hotel across the street. Elevator operators usually were white women, and seventeen-year-old Sarah Page ran the lift at the Drexel.