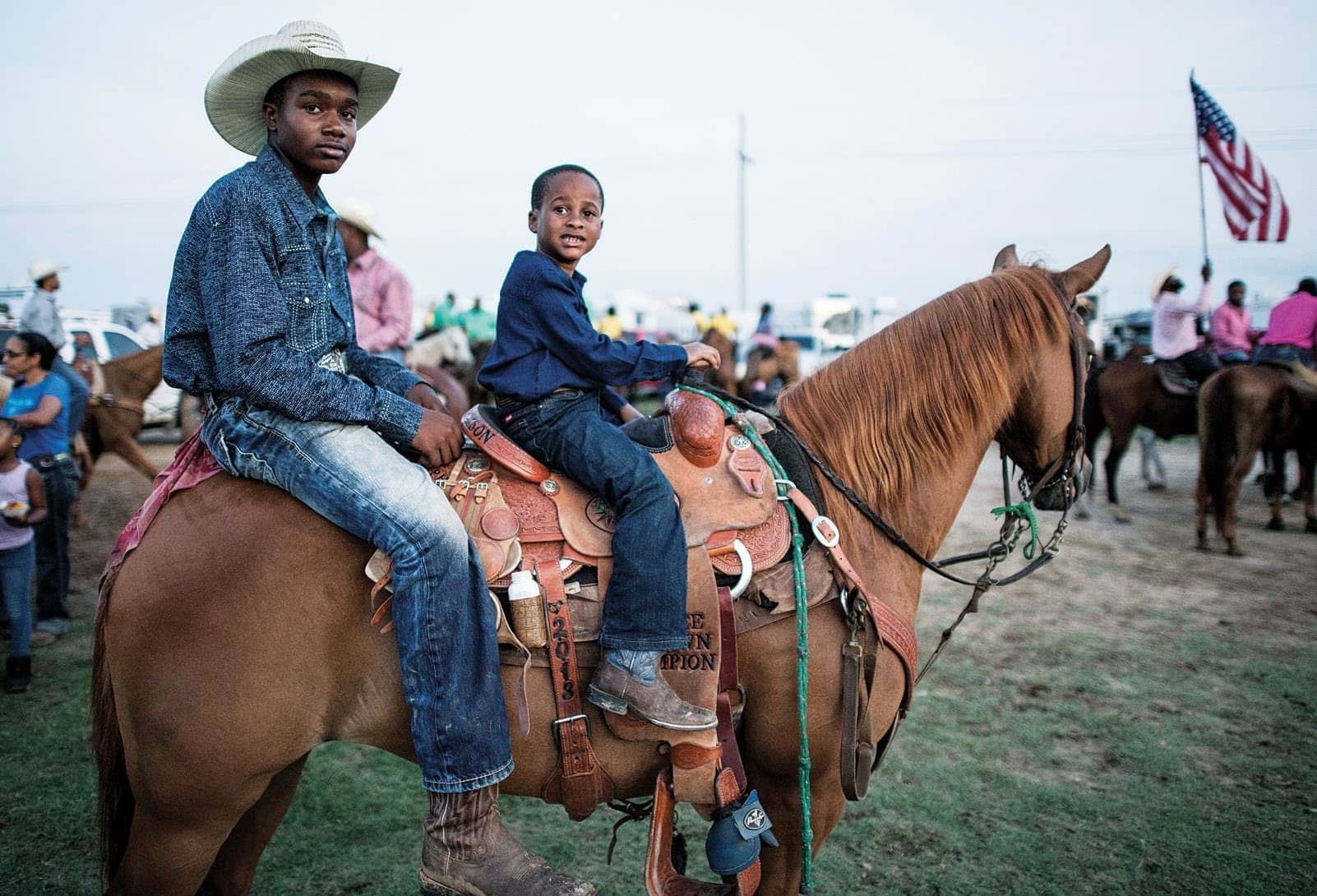 UPHOLDING THE LEGACY OF FAMOUS BLACK COWBOYS LIKE BILL PICKETT, THIS OKMULGEE RODEO SHOWS THAT SKILL KNOWS NO BOUNDARIES.

TIARA BLUE
America’s oldest black rodeo, the Okmulgee Roy LeBlanc Invitational Rodeo has been a local tradition since Roy LeBlanc and his father Charles started it in 1955. These days, more than 1,500 people gather every August to watch cowboys strut their stuff in the arena.

Red dust flying in his wake, the horse’s hoofbeats like a pulse in his ears, galloping alongside a five-hundred-pound steer, until the moment came—a fraction of a second—when Clarence bolted through the air guided only by reflex and momentum. He’d jump on the steer’s back, seize the horns, and bow the steer’s head so its legs rose from the ground. And that’s when he’d grab the steer by the nose for a good throw.

Clad in a starched pearl-snap shirt and Wranglers cinched with a World Championship belt buckle,the sixty-eight-year-old LeBlanc walks with a slight limp as he recalls his notable career, a veined hand tilting his black Stetson. He is a third-generation cowboy alongside his brother Kenneth—both retired steer wrestlers—and a two-time winner of the International Professional Rodeo Association World Steer Wrestling Championship. Now, the LeBlanc brothers continue a legacy forged by their forebears: organizing and promoting the Okmulgee Roy LeBlanc Invitational Rodeo, the longest continuously running black rodeo in Oklahoma—and in the nation. 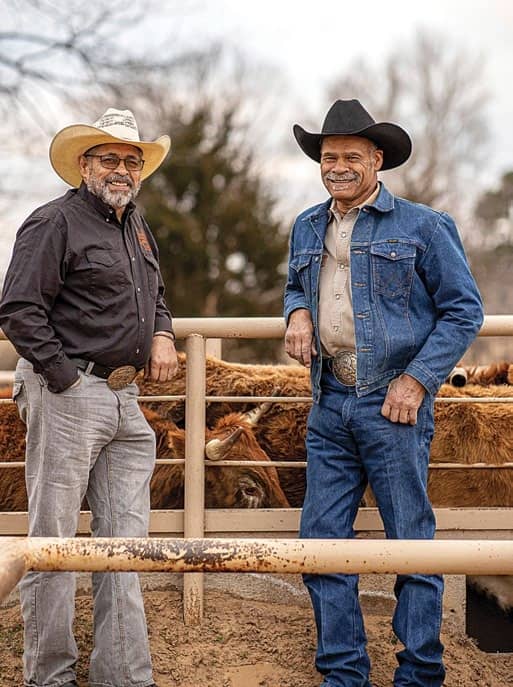 Though the cowboy is ubiquitous in American lore, in Western mythology, he’s almost always white. History tells a different story. According to Smithsonian Magazine, one in four cowboys was black, a number confirmed by Tricia Martineau Wagner, author and historian, who wrote in Black Cowboys of the Old West: True, Sensational, and Little-Known Stories from History, “. . . of the estimated thirty-five thousand cowboys that worked the ranches and rode the trails between 1866 and 1895, researchers have calculated that the number of black cowboys ranged from five thousand to nine thousand, with the high number representing 25 percent.”

Kenneth W. Porter, the late esteemed scholar of the American West, claimed cowboys worked in an industry deemed inclusive for its time. In a typical outfit of ten or so rugged cattlemen driving huge herds across dusty plains to the meathungry Northern markets, seven may have been white, two black, and others also may have been Latino or Native American. The men usually were paid equally, though black cowboys often were relegated to lesser desired chores. But these men rode, roped, and fought harsh trails together, drinking and gambling side-by-side in saloons eager to lighten their coin purses.