WHAT IF? Your'e Attacked by a Wild Animal 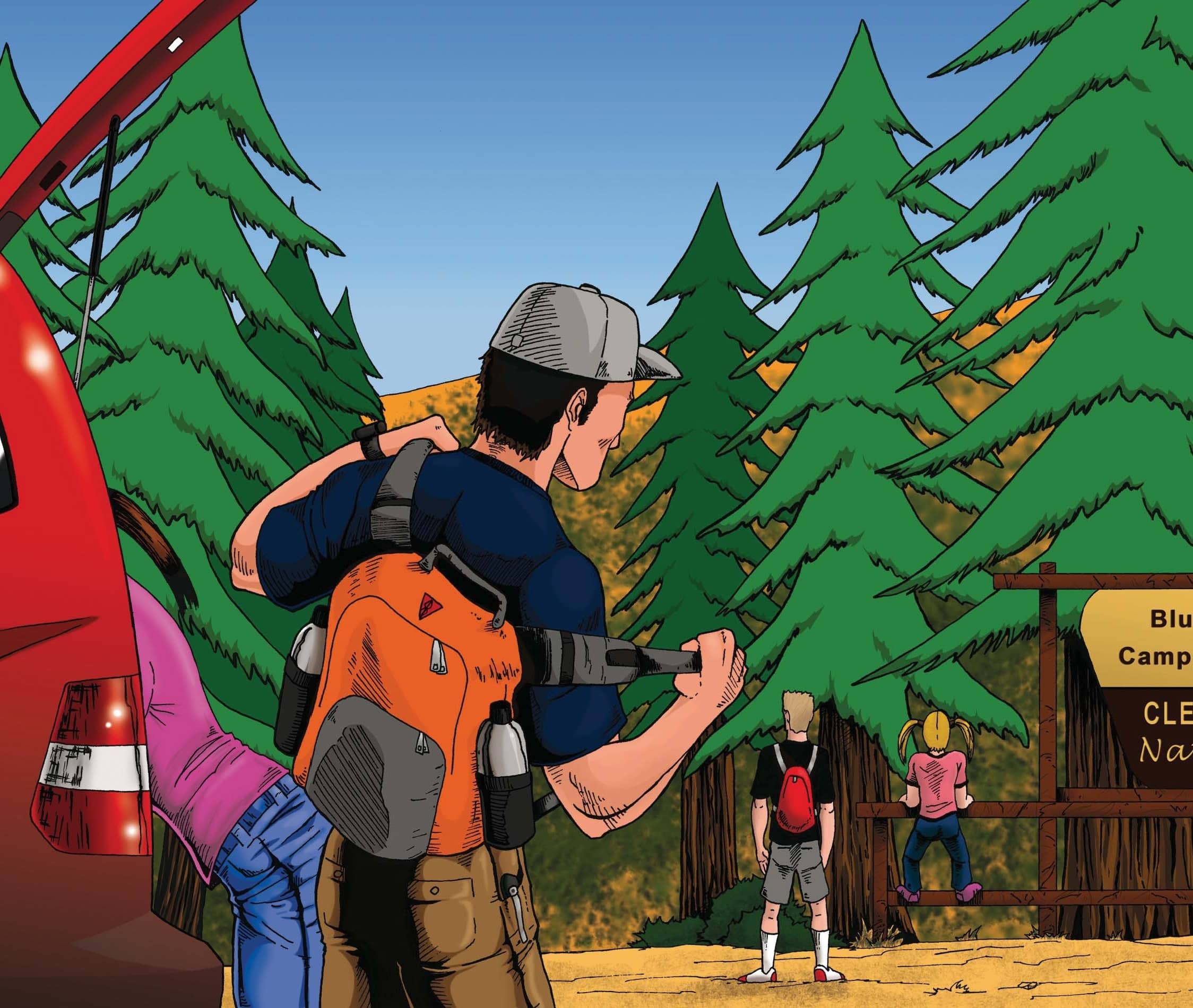 It’s a beautiful summer day, so you decide to go for a family hike/picnic in the nearby Cleveland National Forest with your spouse and two children (ages 10 and 7).

You’ve hiked this area before and are relatively familiar with the various hiking paths that lead to scenic areas with natural hot springs, where you plan to stop for a picnic. The hike out and back with a stop for lunch should take about four hours total. You pack plenty of water, an insulated bag full of food, and comfortable clothing before heading out to a trailhead off Ortega Highway between San Juan Capistrano and Lake Elsinore, California.

This area of the Cleveland National Forest is vast, and although you have a cell phone, reception is spotty in many areas, U.S. Forest Service and park ranger presence is limited, and you’re at least a 45-minute drive from any hospitals. You’re also aware there have been recent mountain lion attacks in the area, so you’re conscious of the location of nearby Forest Service fire stations in case something should happen and you end up in desperate need of medical attention.

The Setup: It’s early afternoon when you arrive at your destination. You decide to hike through a known, but uncommonly traveled trail that goes to the San Juan Hot Springs, a relatively secluded area. The hike will take you inland by a few miles, but you feel the beauty of the destination is worth the extra effort. After walking for about half an hour, you stop to take a breather and rest your feet.

The Complication: As you gaze around and estimate how much farther you have to travel, suddenly you hear a blood-curdling shriek from your youngest child who had been standing a short distance away. As you turn in that direction, you see a large mountain lion walking off into the brush carrying your child by the neck in its jaws. It climbs an oak tree about 150 yards from where you are and settles on a branch about 7 feet off the ground with your child gasping for air.

In a panic, you reach for your phone to find that it says, “No service.” Calling for help from this location isn’t an option. What do you do? Should one person run for help while the other attempts to free your child? Will attempting to confront the animal and free your child risk greater trauma or possibly death, making a bad situation worse? If you had a weapon, would it be too risky to use it? What steps can you take to protect your child and escape?

Having spent the first three of my 28-year California Department of Fish and Wildlife (CDFW) game warden career patrolling this region within the Cleveland National Forest, I’m intimately familiar with mountain lion presence and encounters in western Riverside County and throughout the rest of California. The CDFW reports there are between 4,000 and 6,000 mountain lions residing in California and have verified 17 mountain lion attacks on humans between 1986 and February 2020.

An additional four fatal attacks occurred around the turn of the previous century. Of the modern era’s 17 attacks, 3 were fatal, and 8 victims were children under the age of 11. While these statistics are alarming, the relatively low number of attacks over this 34-year period tells us the likelihood of getting attacked by a mountain lion is extremely low, especially given the millions of outdoor recreationists adventuring throughout mountain lion habitat on a daily basis throughout the Golden State.

Adequate first-aid supplies (in both your pack and vehicle) for any outdoor contingency are critical, especially when going into an area known for lion attacks. Trauma gear for gunshots, broken bones, and deep puncture wounds that generate heavy arterial bleeding are a must. The following essential trauma items are always in my pack and vehicle for redundancy to cover any trauma medicine contingency: hemostatic gauze (QuikClot/Celox) pack, at least one Israeli bandage, two C.A.T. tourniquets, 4x4 gauze bandages, and a roll of first-aid adhesive tape. Having these supplies on hand is critical, as is the knowledge to deploy them efficiently and correctly should the need arise. Well before this hike, I’ve trained the entire family how to use these tools properly and refreshed them again on these skills since we’re going into a known lion habitat.

Other essential items in our vehicle are plenty of water; electrolytes and two water purification devices; an emergency space blanket; food (at least two days’ worth in the event of an unplanned overnight stay in the backcountry); a fire-starting tool; a sharp multipurpose knife and sharpener; a compact semi-auto pistol with integrated white light and laser combination (chambered in a caliber adequate to stop a wild animal attack with controlled expansion hollow point bullets); an extra pistol magazine; a handheld GPS device with onX Hunt topographical map program installed; a flashlight/ headlamp; extra lithium batteries for all the devices carried; sunscreen; a wide brim “boonie” style hat; light jackets; and other layering clothing. I also carry an Iridium satellite phone in my pack for remote backcountry areas without cell coverage.

Food storage in both our vehicle and especially in our backpacks while in the field is of concern in this region not only for mountain lions, but other wild animal species too. Breaking food items down into quart or gallon Ziploc bags significantly dampens, if not eliminates, fresh food smells on the trail. Remember most wild animals’ sense of smell is exponentially better than humans, so eliminating this preventable animal attractant where possible is essential.