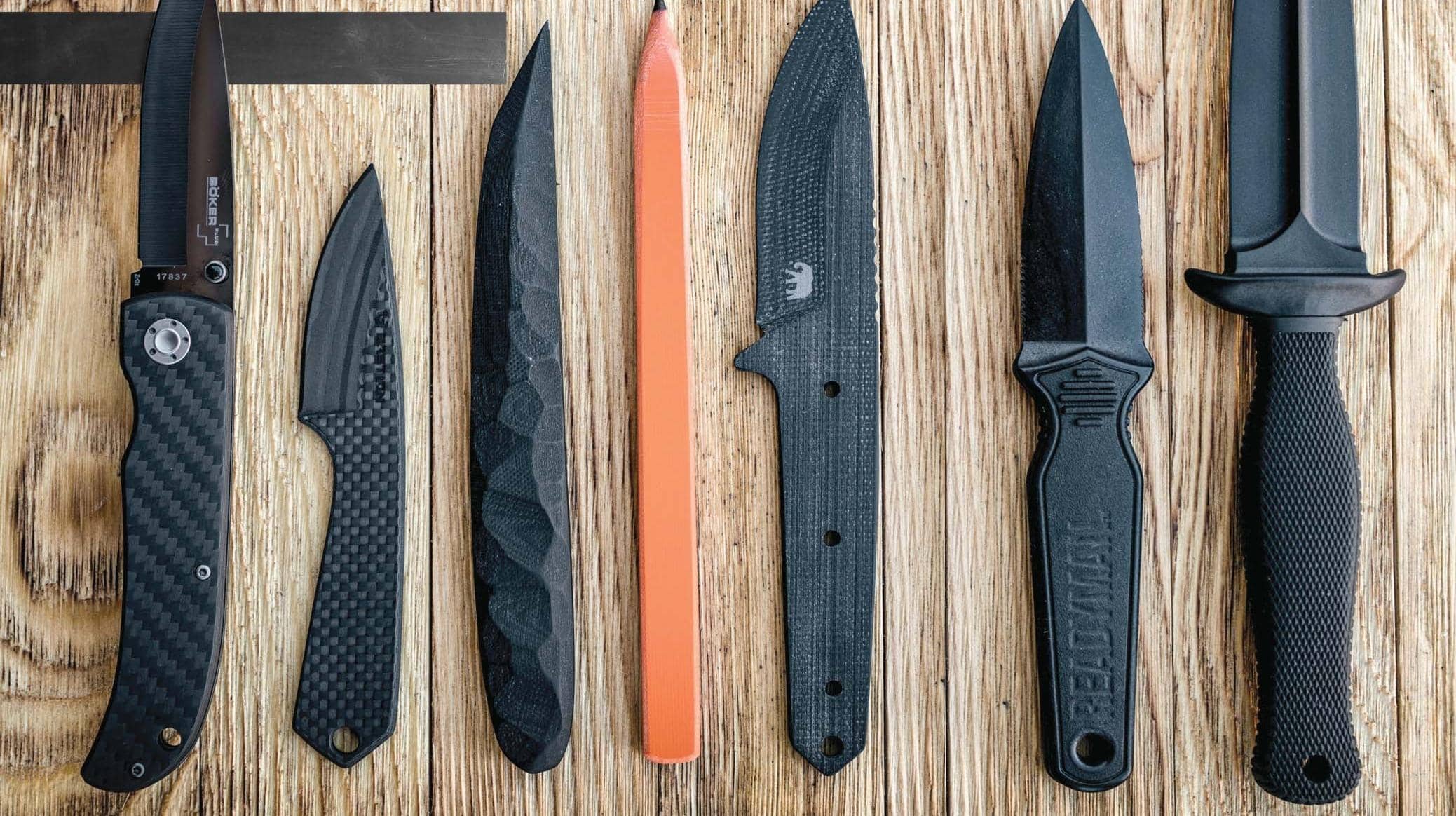 Nonmetallic knives aren’t a new phenomenon. Man’s earliest weapons consisted of pointed staves and sharpened stone, which were quite effective for hunting, skinning, carving, and fighting. Today, nonmetallic edged weapons have benefitted greatly from durable and lightweight modern materials, making them more accessible and easier to carry and conceal.

Human trafficking is a thriving criminal enterprise in the United States and abroad, making forceful abduction one of the many possible scenarios the modern prepper needs to be ready for. Escaping unlawful custody requires preplanning, training, and the ability to conceal a means of escape and defense. In many cases, discreet, nonmetallic tools may be the only thing one can get past an initial security sweep conducted by a criminal element during this type of incident.

In the aftermath of events like Sept. 11, where box cutters were used to hijack and weaponize commercial aircraft, there has been a legitimate concern over edged weapons that can be smuggled past security checkpoints. Having recognized that fact, we want to be clear that our objective here isn’t to encourage our readers to break the law, but to educate you about the real capabilities of nonmetallic edged weapons. Remember that the bad guys won’t hesitate to disregard laws and carry out attacks in so-called “weapon-free” zones, so it’s wise to be ready to defend yourself, regardless of the time and place.

To that end, we acquired samples of a few popular nonmetallic edged weapon designs composed of various materials, and established an informal yet realistic testing protocol to measure their performance in several key areas.

Our testing protocol consisted of three categories: 1)Metallic Signature, 2) Cut and Puncture, and 3) Durability. For the metal signature test, we used a Super Omni metal detecting wand to scan the test samples. Some of the sheaths contained metal components, so for those samples that included a sheath, we tested them with and without the sheath against the metal detector.

For the cut and puncture testing, we used a large pork rump to provide an organic medium that would closely simulate the bare flesh of a human being. All tools were first tested using a slashing cut against the pork rump covered with a white cotton undershirt, then stabbed into the rump through the T-shirt. The same two tests were again conducted against the meat with the T-shirt removed. A pressure cut, where the edge of the blade was first pressed against the meat then drawn through, was also performed with all the samples that had a cutting edge. Finally, a stab into the meat followed by a withdrawal cut was attempted with each sample.

We understand there are limitations to nonmetallic edged weapons, so to keep the testing within a reasonable level of expectations, our durability testing involved targeting the bone inside the meat, twisting the blade while it was inside, and removing it with a levering action from a 90-degree angle to a 0-degree angle.