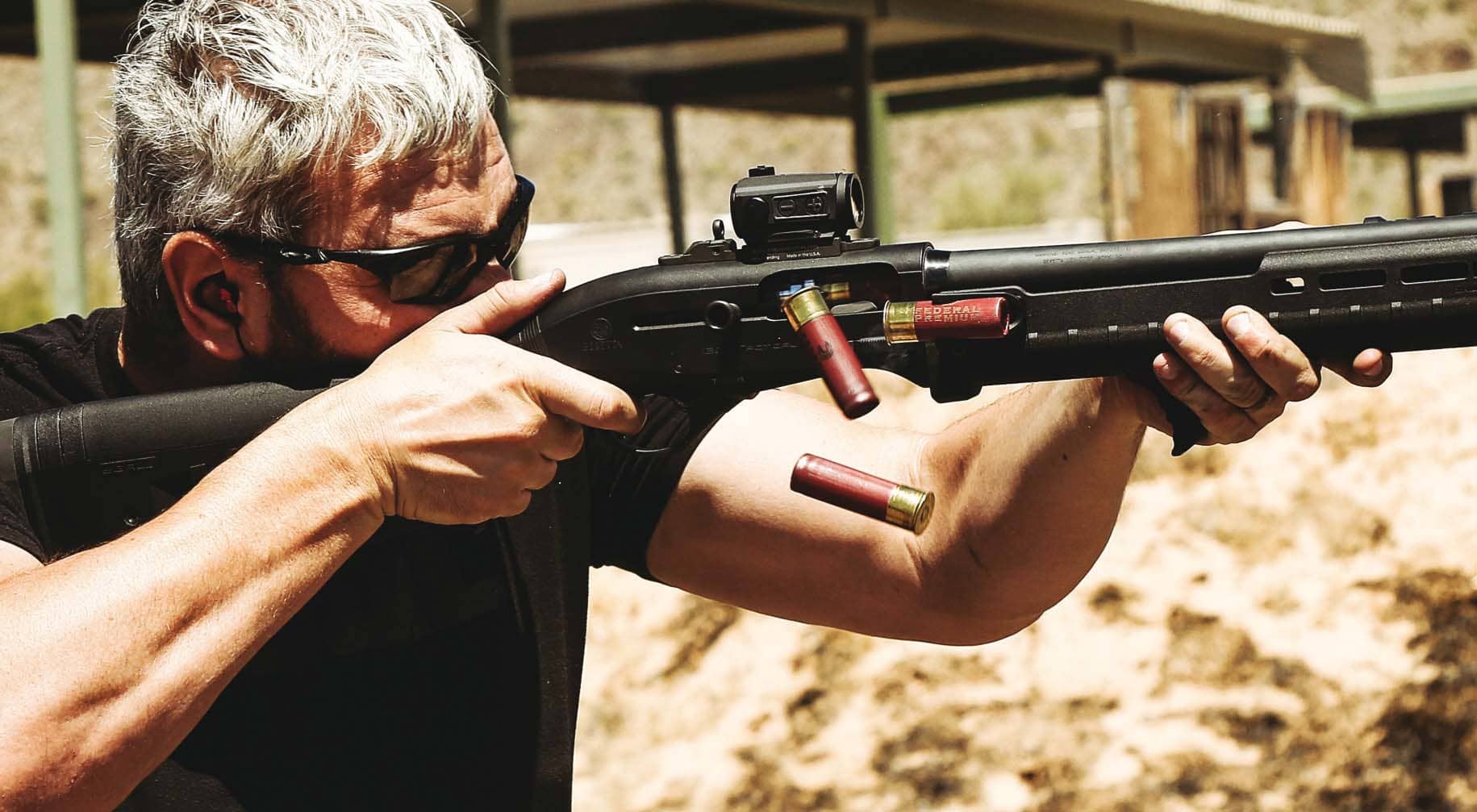 Street Howitzer. Room Broom. Scattergun. Gauge. Twelve Iron. Brixton Typewriter. These are just some of the slang terms for one of the most misunderstood defensive weapons of the 21st century — the self-defense shotgun. For many younger or newer shooters, this class of firearm has been almost entirely written off in favor of short-barreled rifles, rifle-caliber “pistols,” and pistol-caliber carbines. This phenomenon isn’t without good reason. Low recoil, high capacity, faster reloads, and a myriad of aftermarket accessories make these alternatives highly attractive to both the novice and aficionado alike. When measured against pump-action guns, the rate of fire also becomes a factor.

But the shotgun isn’t without its own advantages. Firepower per trigger press is going to be hard to beat. There’s also the ability to run buckshot, birdshot, slugs, and almost anything in between depending on your needs and ballistic preferences. Finally, the ability to put multiple “rounds” on target at once is a highly attractive proposition. To put this last point in concrete terms, a standard law enforcement duty load of 00 buckshot is nine pellets. Each pellet is .36 caliber, or just over 9 millimeters at a muzzle velocity typically between 1,100 and 1,200 feet per second. That means each time you fire a shell, you’re sending nine rounds of 9mm — more than a full magazine out of some micro-sized carry pistols — to the target at the same time.

Like the rest of the firearms industry, shotgun technology hasn’t stood still. While often overshadowed by rifle and pistol news, there are companies out there putting hard work into innovating the fighting shotgun. One of these is Beretta — a cornerstone of the high reputation that Italian shotguns have garnered across the globe. We were able to get our hands on a sample of their current premier entry in the tactical shotgun market, and put it through its paces, not just for performance, but for potential customization as well.

While primarily known for their competition shotguns,Beretta’s no stranger to police and military arms. In the late 1980s, they came out with the 1201FP as a law enforcement-specific variant of their earlier model 1200 sporting shotgun. The 1201FP used an inertia driven design that’s still seen in combat shotguns today. Then, around 2009, they introduced the TX4, which featured the longer receiver of the 1301 Competition but the sighting configuration of the 1301 Tactical — that wouldn’t actually come to the market until 2013. One of the most attractive features of the 1301 is its BLINK gas system. As previously stated, most semi-automatic shotguns destined for the duty market use inertia-based cycling systems. Conventional wisdom is that gas systems on shotguns are picky and unreliable and cannot handle transitions between lightweight training or less-lethal loads and full-power buckshot, slug, or door-breacher loads. The trade-off is that inertia systems transfer the bulk of recoil directly back to the shooter. Recoil is a hefty shove and multi-shot strings can lead to muzzle rise that has to be wrestled back down.