When Will The Planet Be Too Hot For Humans? 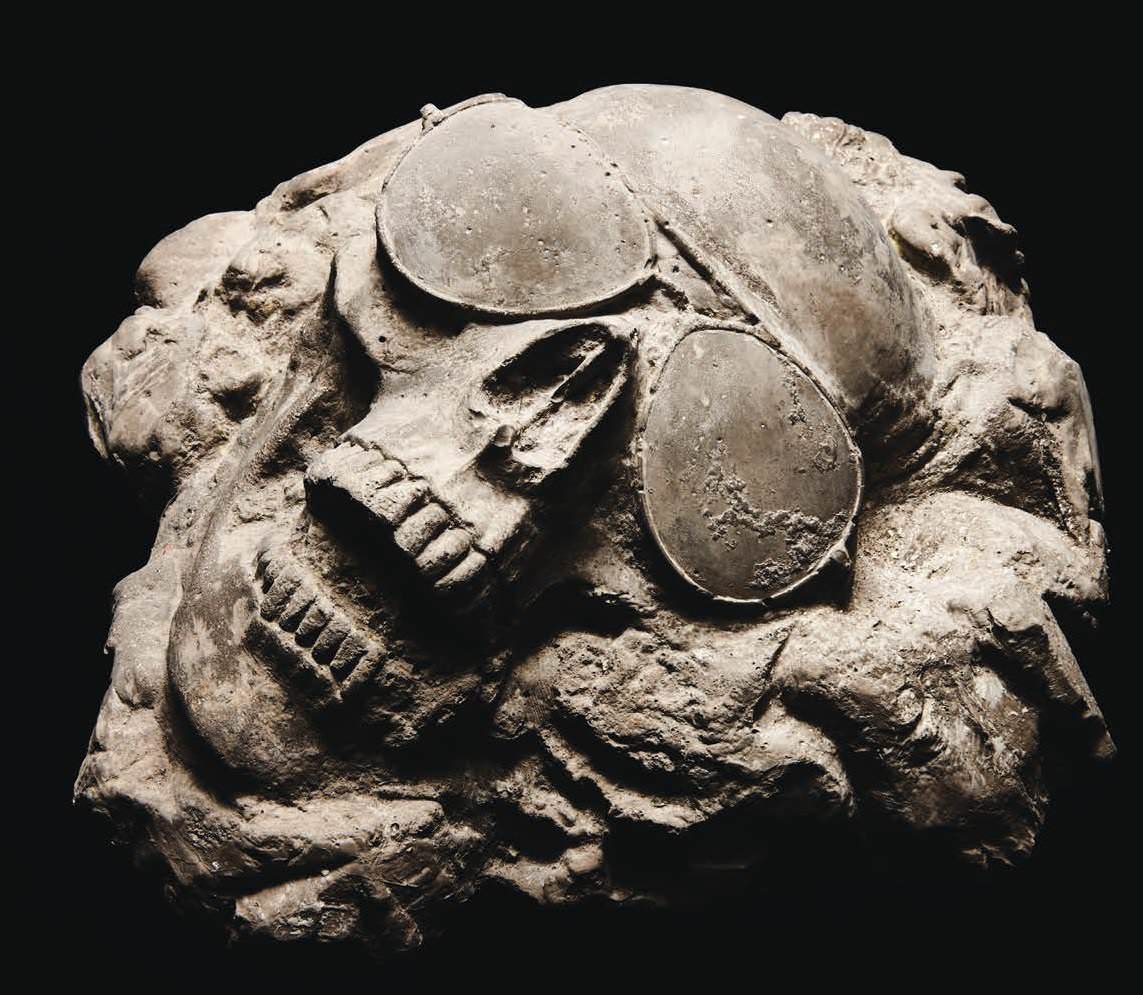 Plague, famine, heat no human can survive. This is not science fiction but what scientists, when they’re not being cautious, fear could be our planet’s future—far sooner than we think.

IT IS, I PROMISE, WORSE THAN YOU THINK. If your anxiety about global warming is dominated by fears of sea-level rise, you are barely scratching the surface of what terrors are possible, even within the lifetime of a teenager today. And yet the swelling seas—and the cities they will drown—have so dominated the picture of global warming, and so overwhelmed our capacity for climate panic, that they have occluded our perception of other threats, many much closer at hand. Rising oceans are bad, in fact very bad; but fleeing the coastline will not be enough.

Indeed, absent a significant adjustment to how billions of humans conduct their lives, parts of the Earth will likely become close to uninhabitable, and other parts horrifically inhospitable, as soon as the end of this century.

Even when we train our eyes on climate change, we are unable to comprehend its scope. This past winter, a string of days 60 and 70 degrees warmer than normal baked the North Pole, melting the permafrost that encased Norway’s Svalbard seed vault—a global food bank nicknamed “Doomsday,” designed to ensure that our agriculture survives any catastrophe, and which appeared to have been flooded by climate change less than ten years after being built.

The Doomsday vault is fine, for now: The structure has been secured and the seeds are safe. But treating the episode as a parable of impending flooding missed the more important news. Until recently, perma frost was not a major concern of climate scientists, because, as the name suggests, it was soil that stayed permanently frozen. But Arctic permafrost contains 1.8 trillion tons of carbon, more than twice as much as is currently suspended in the Earth’s atmosphere. When it thaws and is released, that carbon may evaporate as methane, which is 34 times as powerful a greenhouse-gas warming blanket as carbon dioxide when judged on the timescale of a century; when judged on the timescale of two decades, it is 86 times as powerful. In other words, we have, trapped in Arctic permafrost, twice as much carbon as is currently wrecking the atmosphere of the planet, all of it scheduled to be released at a date that keeps getting moved up, partially in the form of a gas that multiplies its warming power 86 times over.

Maybe you know that already—there are alarming stories every day, like last month’s satellite data showing the globe warming, since 1998, more than twice as fast as scientists had thought. Or the news from Antarctica this past May, when a crack in an ice shelf grew 11 miles in six days, then kept going; the break now has just three miles to go—by the time you read this, it may already have met the open water, where it will drop into the sea one of the biggest icebergs ever, a process known poetically as “calving.”

But no matter how well-informed you are, you are surely not alarmed enough. Over the past decades, our culture has gone apocalyptic with zombie movies and Mad Max dystopias, perhaps the collective result of displaced climate anxiety, and yet when it comes to contemplating real-world warming dangers, we suffer from an incredible failure of imagination. The reasons for that are many: the timid language of scientific probabilities, which the climatologist James Hansen once called “scientific reticence” in a paper chastising scientists for editing their own observations so conscientiously that they failed to communicate how dire the threat really was; the fact that the country is dominated by a group of technocrats who believe any problem can be solved and an opposing culture that doesn’t even see warming as a problem worth addressing; the way that climate denialism has made scientists even more cautious in offering speculative warnings; the simple speed of change and, also, its slowness, such that we are only seeing effects now of warming from decades past; our uncertainty about uncertainty, which the climate writer Naomi Oreskes in particular has suggested stops us from preparing as though anything worse than a median outcome were even possible; the way we assume climate change will hit hardest elsewhere, not everywhere; the smallness (two degrees) and largeness (1.8 trillion tons) and abstractness (400 parts per million) of the numbers; the discomfort of considering a problem that is very difficult, if not impossible, to solve; the altogether incomprehensible scale of that problem, which amounts to the prospect of our own annihilation; simple fear. But aversion arising from fear is a form of denial, too.

In between scientific reticence and science fiction is science itself. This article is the result of dozens of interviews and exchanges with climatologists and researchers in related fields and reflects hundreds of scientific papers on the subject of climate change. What follows is not a series of predictions of what will happen—that will be determined in large part by the much-less certain science of human response. Instead, it is a portrait of our best understanding of where the planet is heading absent aggressive action. It is unlikely that all of these warming scenarios will be fully realized, largely because the devastation along the way will shake our complacency. But those scenarios, and not the present climate, are the baseline. In fact, they are our schedule.

The present tense of climate change—the destruction we’ve already baked into our future—is horrifying enough. Most people talk as if Miami and Bangladesh still have a chance of surviving; most of the scientists I spoke with assume we’ll lose them within the century, even if we stop burning fossil fuel in the next decade. Two degrees of warming used to be considered the threshold of catastrophe: hundreds of millions of climate refugees unleashed upon an unprepared world. Now two degrees is our goal, per the Paris climate accords, and experts give us only slim odds of hitting it. The U.N. Intergovernmental Panel on Climate Change issues serial reports, often called the “gold standard” of climate research; the most recent one projects us to hit four degrees of warming by the beginning of the next century, should we stay the present course. But that’s just a median projection. The upper end of the probability curve runs as high as eight degrees—and the authors still haven’t figured out how to deal with that permafrost melt. The IPCC reports also don’t fully account for the albedo effect (less ice means less reflected and more absorbed sunlight, hence more warming); more cloud cover (which traps heat); or the dieback of forests and other flora (which extract carbon from the atmosphere). Each of these promises to accelerate warming, and the geological record shows that temperature can shift as much as ten degrees or more in a single decade. The last time the planet was even four degrees warmer, Peter Brannen points out in The Ends of the World, his new history of the planet’s major extinction events, the oceans were 260 feet higher, and the warming wiped out all but one species of European primates.

The Earth has experienced five mass extinctions before the one we are living through now, each so complete a slate wiping of the evolutionary record it functioned as a resetting of the planetary clock, and many climate scientists will tell you they are the best analog for the ecological future we are diving headlong into. Unless you are a teenager, you probably read in your high-school textbooks that these extinctions were the result of asteroids. In fact, all but the one that killed the dinosaurs were caused by climate change produced by greenhouse gas. The most notorious was 252 million years ago; it began when carbon warmed the planet by five degrees, accelerated when that warming triggered the release of methane in the Arctic, and ended with 97 percent of all life on Earth dead. We are currently adding carbon to the atmosphere at a considerably faster rate; by most estimates, at least ten times faster. The rate is accelerating. This is what Stephen Hawking had in mind when he said, this spring, that the species needs to colonize other planets in the next century to survive, and what drove Elon Musk, last month, to unveil his plans to build a Mars habitat in 40 to 100 years. These are nonspecialists, of course, and probably as inclined to irrational panic as you or I. But the many sober-minded scientists I interviewed over the past several months—the most credentialed and tenured in the field, few of them inclined to alarmism and many advisers to the IPCC who nevertheless criticize its conservatism—have quietly reached an apocalyptic conclusion, too: No plausible program of emissions reductions alone can prevent climate disaster.

Over the past few decades, the term “Anthropocene” has climbed out of academic discourse and into the popular imagination—a name given to the geologic era we live in now, and a way to signal that it is a new era, defined on the wall chart of deep history by human intervention. One problem with the term is that it implies a conquest of nature (and even echoes the biblical “dominion”). And however sanguine you might be about the proposition that we have already ravaged the natural world, which we surely have, it is another thing entirely to consider the possibility that we have only provoked it, engineering first in ignorance and then in denial a climate system that will now go to war with us for many centuries, perhaps until it destroys us. That is what Wallace Smith Broecker, the avuncular oceanographer who coined the term “global warming,” means when he calls the planet an “angry beast.” You could also go with “war machine.” Each day we arm it more.

THE BAHRAINING OF NEW YORK. 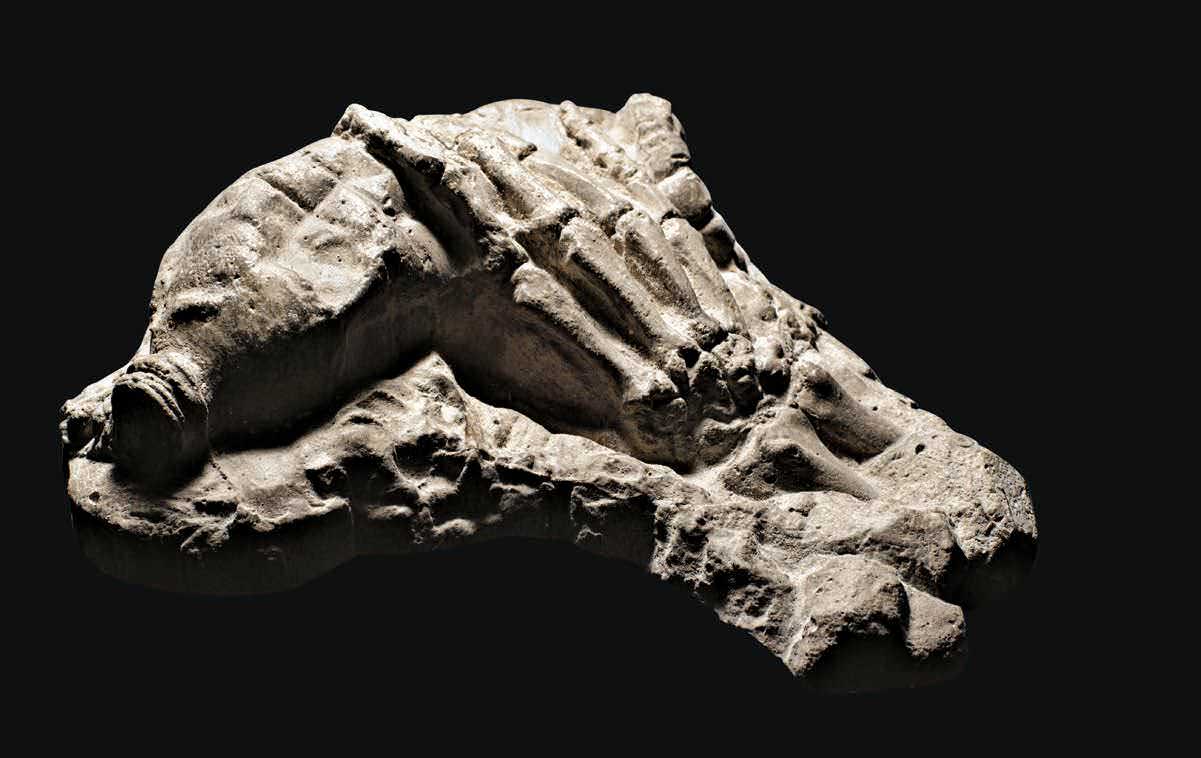 HUMANS, LIKE all mammals, are heat engines; surviving means having to continually cool off, like panting dogs. For that, the temperature needs to be low enough for the air to act as a kind of refrigerant, drawing heat off the skin so the engine can keep pumping. At seven degrees of warming, that would become impossible for large portions of the planet’s equatorial band, and especially the tropics, where humidity adds to the problem; in the jungles of Costa Rica, for instance, where humidity routinely tops 90 percent, simply moving around outside when it’s over 105 degrees Fahrenheit would be lethal. And the effect would be fast: Within a few hours, a human body would be cooked to death from both inside and out.

Climate-change skeptics point out that the planet has warmed and cooled many times before, but the climate window that has allowed for human life is very narrow, even by the standards of planetary history. At 11 or 12 degrees of warming, more than half the world’s population, as distributed today, would die of direct heat. Things almost certainly won’t get that hot this century, though models of unabated emissions do bring us that far eventually. This century, and especially in the tropics, the pain points will pinch much more quickly even than an increase of seven degrees. The key factor is something called wet-bulb temperature, which is a term of measurement as home laboratory-kit as it sounds: the heat registered on a thermometer wrapped in a damp sock as it’s swung around in the air (since the moisture evaporates from a sock more quickly in dry air, this single number reflects both heat and humidity). At present, most regions reach a wet-bulb maximum of 26 or 27 degrees Celsius; the true red line for habitability is 35 degrees. What is called heat stress comes much sooner.