What is College Without The Campus? 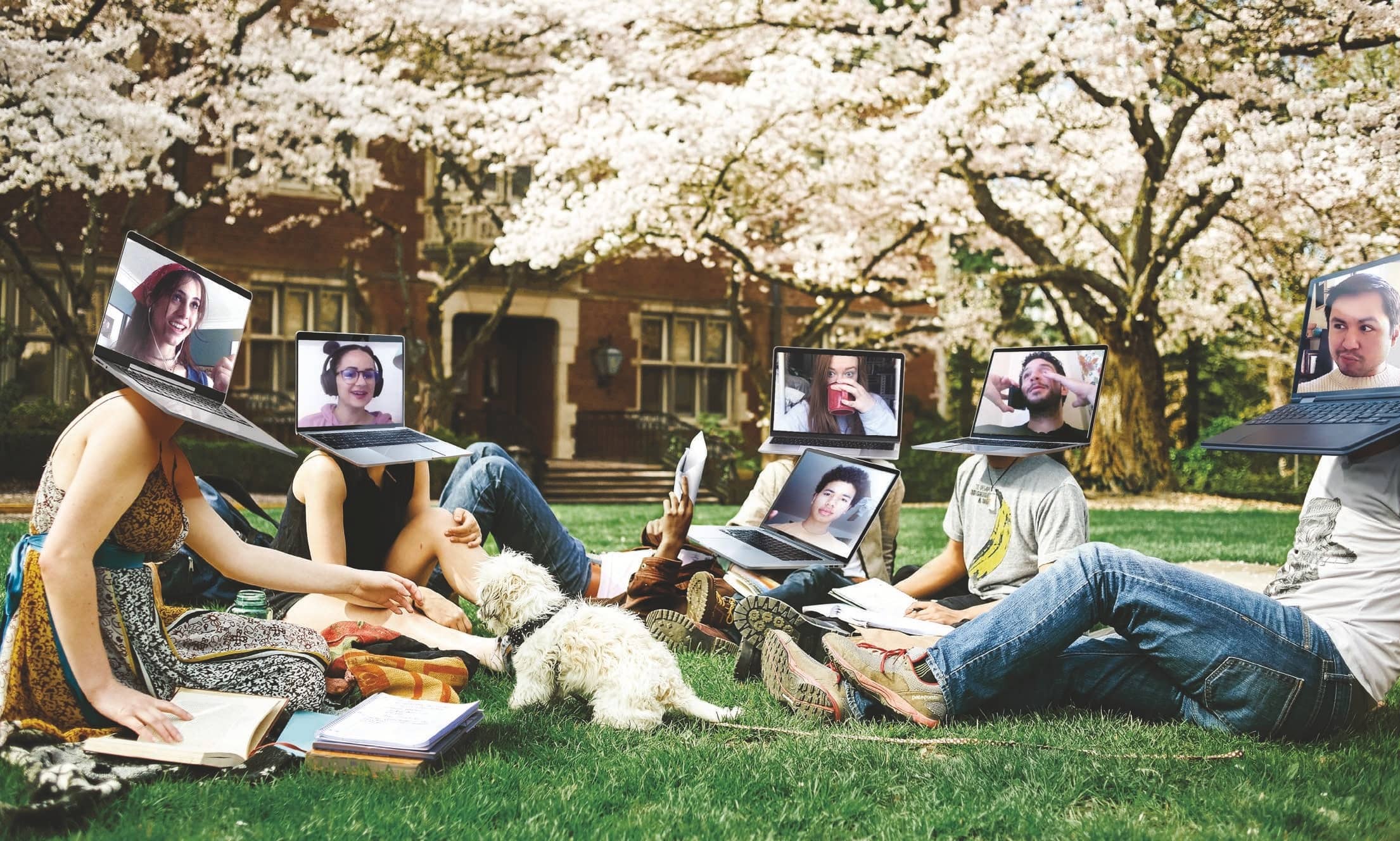 No one knows what the university experience will look like in the fall, but millions of college students are having to decide this month whether it will be worth the price tag.

The mythical American curtain-raiser to adulthood, the four (or so) years of finding yourself freedom and higher learning, is having a reckoning.

May 1, the date when most colleges ask that the students to whom they’ve offered admission declare their intentions for the fall, has come and gone with many students (and their parents) unsure of what they should do. Facing the prospect of mass deferrals, many schools are granting families extra mull time because nobody, not the schools, not the families, not public-health experts or politicians, knows whether it will be safe or wise (or legal) to be on campus in September.

The financial wreckage from that uncertainty could be massive. Already, the University of Michigan anticipates losses of $400 million to $1 billion this year across its three campuses. California’s university system suffered $558 million in costs due to the coronavirus in March alone. Meanwhile, the number of students pursuing a college degree could be the smallest in two decades. According to an April survey of 1,100 high-school seniors and current college students by SimpsonScarborough, which specializes in higher-education research, domestic undergraduate enrollment for four-year institutions could decline by 20 percent. One out of ten high-school seniors report that they no longer plan to attend a four-year institution. A quarter of current college students say they wouldn’t return or it is “too soon to tell,” and 12 percent of high-school seniors are thinking they’ll take a gap year, as opposed to the normal 3 percent. And this is still with the possibility of campuses being open in the fall; if college remains purely an online pursuit come September, those numbers will almost definitely grow.

Even before the pandemic, college seemed on an unsustainable path—tuition was rising, as was student debt. Many state schools never recovered the taxpayer funding lost during the Great Recession. The richest schools have become unimaginably richer, hoarding their endowments while educating a tiny, lucky elite, while the student masses, seeking the credentialing necessary to step behind the picket fence of a middle-class life, commute to nonresidential schools, often while working full time. Those are also the kids most likely to drop out under financial strain—and everybody is under financial strain right now—the thin membrane of space in their budgets that allows them to study suddenly gone.

The pandemic has not only exacerbated college’s underlying economic instability but has, at least for now, upended the form of the university itself, as student life is reduced to a pixelated screen and the college experience is stripped of its self-realizations and rites of passage, its a cappella groups and keggers, hookups and hacky sack. The question now is whether and to what extent those changes will persist beyond the current crisis. Will this mass experiment with online education turn more students on to lower-cost online degrees, or will it only make the in-person experience of college life seem all the more valuable? The pandemic is a monkey wrench dropped into the middle of our cobbled-together public-private higher-education machine, freezing it up and, just possibly, breaking it.

Colleges and universities are scrambling to figure out what to do next year if students can’t come back to campus. Half the schools have pushed back their May 1 deadlines for accepting seats. What do you expect to happen over the next month?

There’s a recognition that education—the value, the price, the product—has fundamentally shifted. The value of education has been substantially degraded. There’s the education certification and then there’s the experience part of college. The experience part of it is down to zero, and the education part has been dramatically reduced. You get a degree that, over time, will be reduced in value as we realize it’s not the same to be a graduate of a liberal-arts college if you never went to campus. You can see already how students and their parents are responding.

At universities, we’re having constant meetings, and we’ve all adopted this narrative of “This is unprecedented, and we’re in this together,” which is Latin for “We’re not lowering our prices, bitches.” Universities are still in a period of consensual hallucination with each saying, “We’re going to maintain these prices for what has become, overnight, a dramatically less compelling product offering.”

In fact, the coronavirus is forcing people to take a hard look at that $51,000 tuition they’re spending. Even wealthy people just can’t swallow the jagged pill of tuition if it doesn’t involve getting to send their kids away for four years. It’s like, “Wait, my kid’s going to be home most of the year? Staring at a computer screen?” There’s this horrific awakening being delivered via Zoom of just how substandard and overpriced education is at every level. I can’t tell you the number of people who have asked me, “Should my kid consider taking a gap year?”

What do you tell them?

I tell them it’s a great year to take a gap year. I think most 18-year-olds are not prepared for college. A combination of helicopter parenting and social media have stunted and arrested the development of America’s youth. University administrators have unwittingly become mental-health counselors. I think a lot of young people, especially boys, could use another year of seasoning experience, work experience, or some sort of service. A lot of these kids just aren’t ready for the competition and the kind of intense environment that is college.

When will there be a reckoning? It has to come before classes begin this fall.

Over the next six weeks, when we realize that the deposits and registrations for the fall are down 10 to 30 percent. The better universities are fine in the short term because they just fill spots from the waiting lists. The kid who’s going to Boston College will get into MIT. But if that snakes down the supply chain, and you start getting to universities that don’t have waiting lists, those are the ones that get hit.

How many schools will collapse between now and next year?