The Writer's Room: I Couldn't Make This Stuff Up 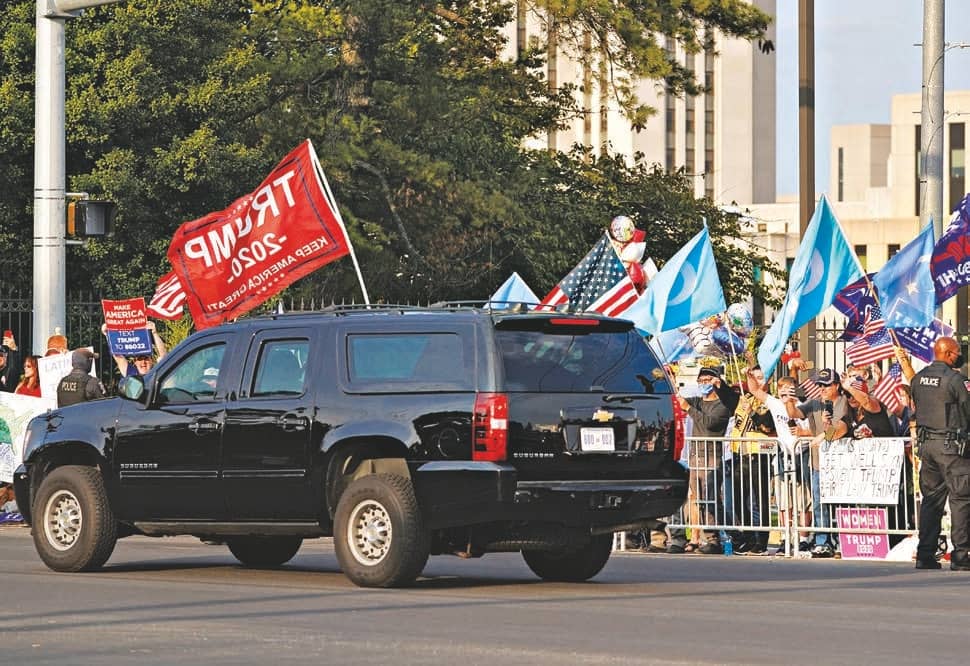 The creator of ‘The Death of Stalin’ and ‘Veep’ on a week that surpassed satire.

SOCIAL MEDIA HAS BEEN SPLIT on how to respond to Trump’s illness. Some people want him to die; others pray he will make a full recovery so he can go on to be regularly assaulted in prison by ex-colleagues. There is, however, one thing we all agree on: The collision of a deadly pandemic with a reality-show host on steroids has shattered all that’s left of our definition of reality.

For lo, He fell sick and seemed dead and buried. But on the third day, He cast off his bedsheets and rose again. And, lo, the door of the temple hospital was rent in twain, and He ascended into Heaven. Then He descended onto the White House Lawn and saluted for what seemed like 40 days and 40 nights. And verily, the prophets in white did come forth and say, “He hath conquered Death, though there are some residual breathing difficulties that still need monitoring!”

In reality, Donald Trump is still probably contagious and currently breathing on Republicans to death—but the vision of him defeating the virus has already been cut and pasted into a narrative rendered official. Even the White House website has footage of Trump declaring it a miracle, so who are we to question the veracity of these events?

On day one, doctors came out to tell us not all the facts we needed to know but only those facts that suited a narrative of recovery. This is in the tradition of dictators and authoritarians who fall ill—a host of doctors are drafted by a frenzied politburo, but only those who can be trusted to assure the people the Supreme Leader will get better.