The World Of Designer Rick Owens 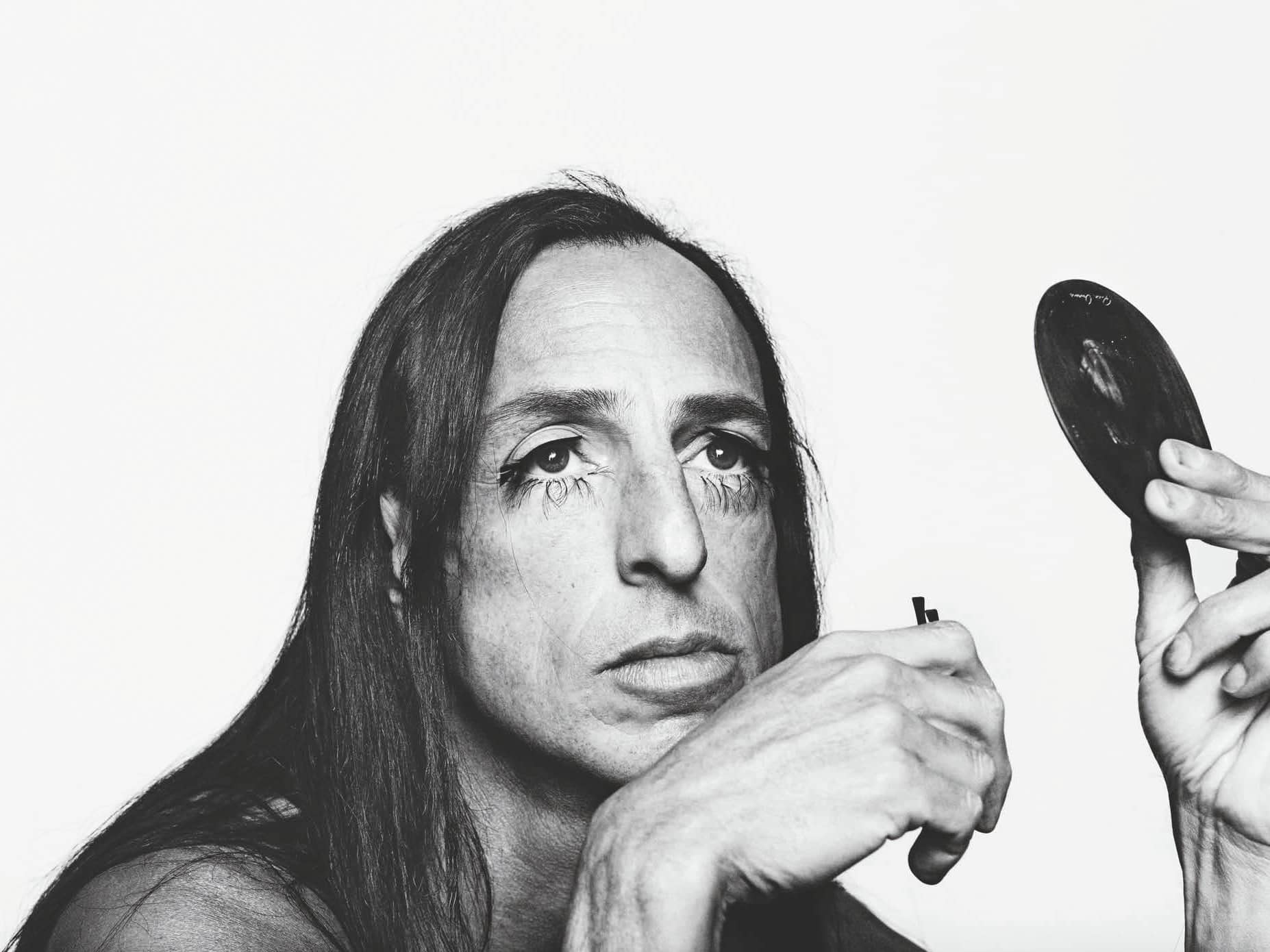 A career-spanning conversation with Rick Owens, the godfather of goth glam.

The world according to Rick Owens—punk brat of Porterville, California, turned health-goth of Paris—is at once brutal and beautiful. His clothes (like his Mad Max leather jackets and clomping megasneakers) and his stores (like the one in Paris that famously features a sculpture of the man himself urinating) have always insisted on it; it’s the world that has caught up. Now, at 57, the designer has a strong claim to be one of fashion’s éminences grises, bottle black locks notwithstanding. But as a rare independent in an ever more corporatized fashion world, Owens is far from going gentle into that good night: After winning the Council of Fashion Designers of America’s Lifetime Achievement Award in 2017, he was named its Menswear Designer of the Year in 2019. For the Cut’s new interview series with fashion’s most formative voices, Owens spoke about aging, pleasure, and the radical power of ’70s shock rock.

Am I catching you at a good time?

I just got up. We went to the House of Yes in Brooklyn. Have you been there? It was really cute. It was a voguing ball.

You are one of the few successful fashion designers to have remained independent all these years. You’re just about the only one.

I don’t know how that happened—actually, I do know how that happened. I had fantastic partners who allowed me to develop my voice longer than the three seasons they usually give designers. I always joke with them that they could have done this with anybody. Being able to get stuff—I don’t mean to be crass—at the right price at the right place at the right time, that’s the trick. It’s not the concept so much, though that helps. Getting it executed is what it’s all about. It doesn’t sound that poetic, but it can be.

But the cycle just goes faster and faster, and people want more and more.

I have only four collections a year, four runways on which I’m judged. I have a very different perception of the speed than guys that work at those houses do. I don’t have it that hard at all. There is a certain amount of pressure, but what else would I be doing with my life? It keeps you on your toes. And stimulated. And it gives this brand a sense of purpose, which everybody could use.

Many of your colleagues are reconsidering if runway shows are the best way to show fashion at the moment. Are you committed to them?