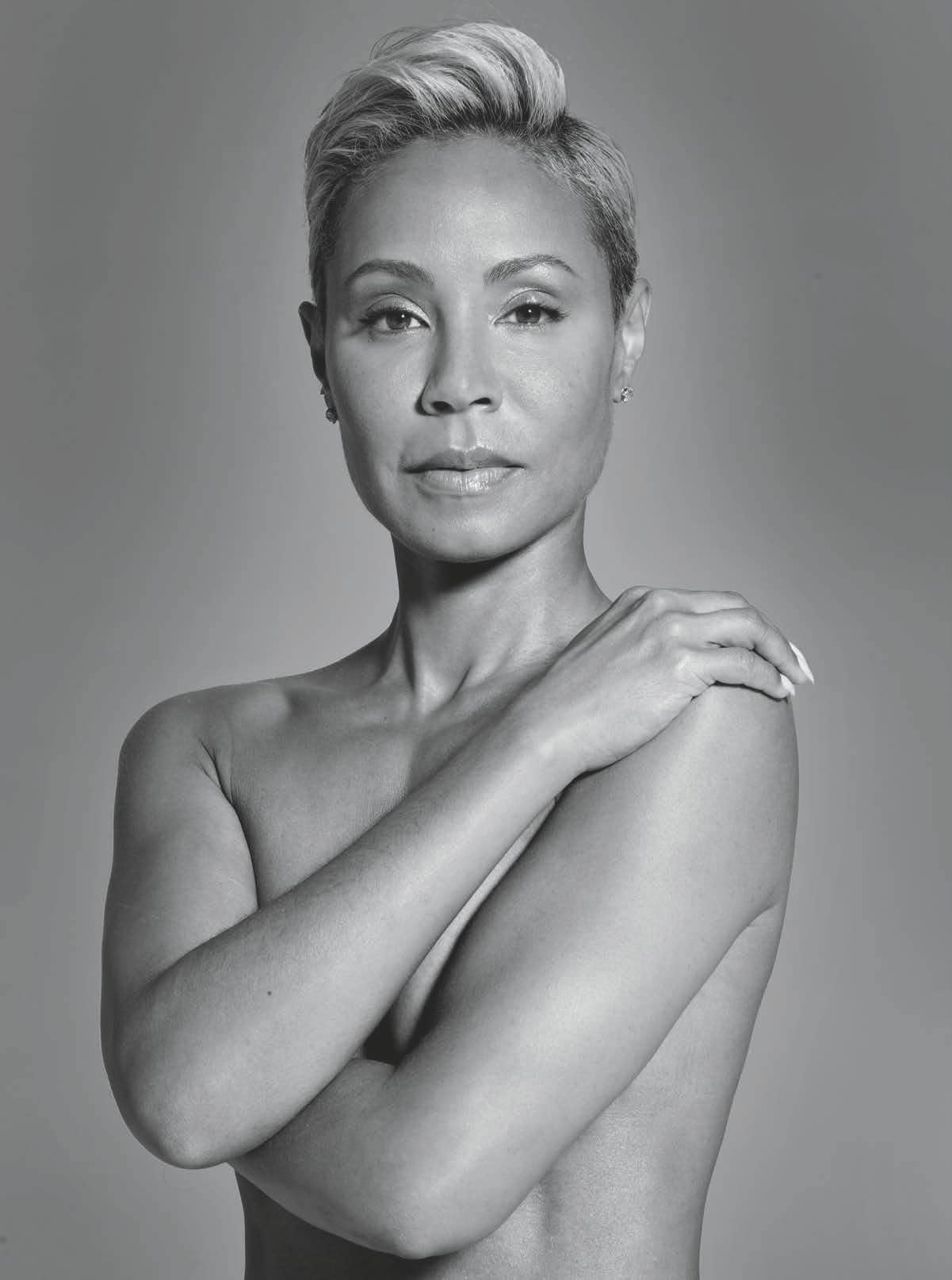 Ciara’s publicists suck in their breath and grab each other’s forearms in the slightest of panics. Jada Pinkett Smith has just asked the singer a question about “blended families,” wondering if things are harmonious now between Ciara; Ciara’s husband, Seahawks quarterback Russell Wilson; and rapper-producer Future, Ciara’s former fiancé and father of her 5-year-old son, also named Future.

“Is she gonna go there?” Publicist No. 1 whispers to Publicist No. 2, anxiously leaning toward the monitor in video village. We’re all watching a taping of Red Table Talk, the Facebook Watch show Pinkett Smith hosts with her 18-year-old daughter, Willow, and her 65-year-old mother, Adrienne Banfield Norris, in which they sit around a … red table in their Calabasas, California, home.

Ciara arranges her face into a big, gleaming smile. She looks down and pushes back her faux-locks. She’s deciding how to answer. She and Future had a notoriously sour split in 2014, and Ciara rarely gives updates. Will she reveal some damning, or even virtuous, truth about Future that would get the episode trending on social media? All three hosts wait with their eyes trained on her.

It’s less than 15 seconds, the waiting—and when the episode airs, all discomfort is cut-and-spliced away—but right now time feels suspended like globules in a lava lamp. “I don’t think she’s gonna go there,” Publicist No. 1 whispers again. Her tone has now reached mild panic.

Pinkett Smith, 47, has only one rule for guests who “come to the table,” as she likes to say: They have to be willing to “go there.” There being the deep end of their truth and vulnerability. Her guests have to ignore the busy production team, the cameras, the fact that it’s her and her husband Will Smith’s actual mansion and Will Smith himself might very well amble past the living room to get to the kitchen or a barking dog might derail an emotional breakthrough. Going there means unearthing some treasure to share with the audience, watching at home via Facebook on smartphones or laptops, that they’ll tweet or post about. Because there is also Facebook Watch, the upstart internet-TV network, on which it is very surprising—yet somehow inevitable—to find the biggest A-list stars on a talk show hosted by a bona fide movie star.

Technically, Ciara’s team requested an appearance at the table; the singer has a new album, Beauty Marks. Typically, Pinkett Smith doesn’t want to have celebrities on just to promote a new project. “There’s gotta be a journey,” she explains, and she senses Ciara has one to talk about. Gammy, as Pinkett Smith’s mother is known, admits that “when we were discussing the show, I wasn’t really sure what she would talk about. Music?” But, she says, after listening to Ciara’s album, she thought, Oh, girl. You got something to work though.

The women of Red Table Talk each have a distinct listening face. Pinkett Smith’s is composed and analytic. She indicates compassion with a micro-squint. Willow’s bears the weight of her third eye, her forehead so furrowed with understanding it’s as if her brows are racing toward a head-on collision. Gammy sits back, looking lightly curious, her eyes smiling. But when they agree on something someone says, what Pinkett Smith calls “the Universal Truths” of the show, they all join in a chorus of “Yeaaaaahs” and head nods like a congregation receiving the Word. “To love me is to love my son,” Ciara says, and Pinkett Smith gives an affirming yesssss, while Gammy responds with a perky yyyyes and Willow yowls a long, rounded yeaaaaaaasss.

Other people have gone there. Ayesha Curry, cookbook author and wife of Golden State Warriors demigod Steph Curry, came to the table and talked about the insecurity she feels because she gets “zero male attention” while her husband has scores of groupies. Comedian Tiffany Haddish revealed that Drake asked her out on a date, then canceled at the last minute. Will Smith appeared for a two-part episode about his 21-year marriage to Pinkett Smith, and he cried, even though he’d promised he wouldn’t let her break him. On the show’s very first episode, Pinkett Smith sat down with Will’s first wife, Sheree Zampino, to go there about the two women’s once-rocky, now-healed relationship, one that started out with screaming matches between them on the phone. Willow admitted to a period during her preteens when she self-harmed, an on-air revelation that caught her mother by surprise. Gammy went deep about her abusive first marriage and overcoming her 20-year heroin addiction. (Gammy goes there off-camera, too: Before the show, taking in her grand daughter’s tie-dyed stretch pants and cropped T-shirt that read join the vulvalution, she tells her, “Willow, I just love the cardigan part of your outfit.”)