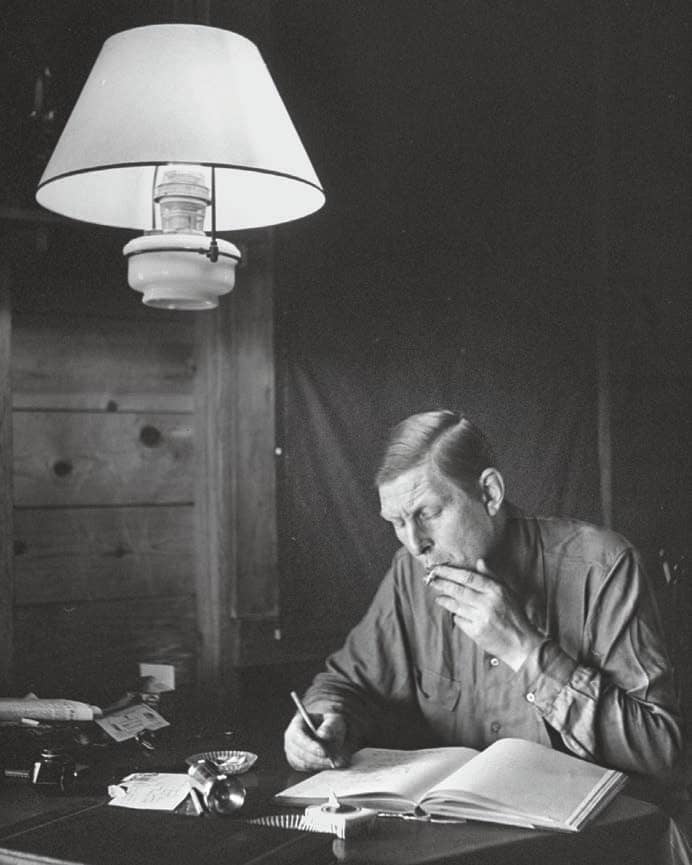 Now Is the Perfect Time to Memorize a Poem Give yourself over to a rhythm that is not your own.

ONE OF MY ENDURING party tricks—not terribly well loved, though forever delightful to me—is my habit, when drunk, of reciting the opening 18 lines of the prologue to The Canterbury Tales. “Whan that Aprille with his shoures soote, / The droghte of March hath perced to the roote”: the beginnings of the pilgrimage to Canterbury, when April showers bring the spring after March’s drought. I don’t know if the practice remains, but when I was in high school, it was taught to us by rote, the better for us to get a feel for the cotton-mouth cadence of Chaucer’s Middle English, a language that is legible and incomprehensible at once. Shakespeare’s English, 200 years later, was thorny and gorgeous, riddled with unfamiliar vocabulary, but with the help of endnotes and patience, you could find your footing on the balance beam of its enjambed passages. Middle English was a step further into the shadows. You could sound it out, and trip gratefully over cognates half-buried throughout, but it was headachy to parse. Our red-bordered paperback edition, with its burghers on the march, offered a side-by-side translation into modern English.

After learning a chunk of the prologue by heart in the original Middle English, we read most of the actual Tales in the modern. I remember fragments of it: that the Wife of Bath had a gap between her teeth like I do, and it is a sign of lustiness; that the comic potential of kissing someone’s ass is timeless, ageless, and eternal (someone sticks her “nether ye” out a window to receive). But mostly, it is gone, passed out of my mind like a pilgrim picked up and headed to the next town. The prologue in Middle English, syllable by syllable, line by line, remains. Get me a drink and I’ll show you.