The Impossibility Of A New Port Authority 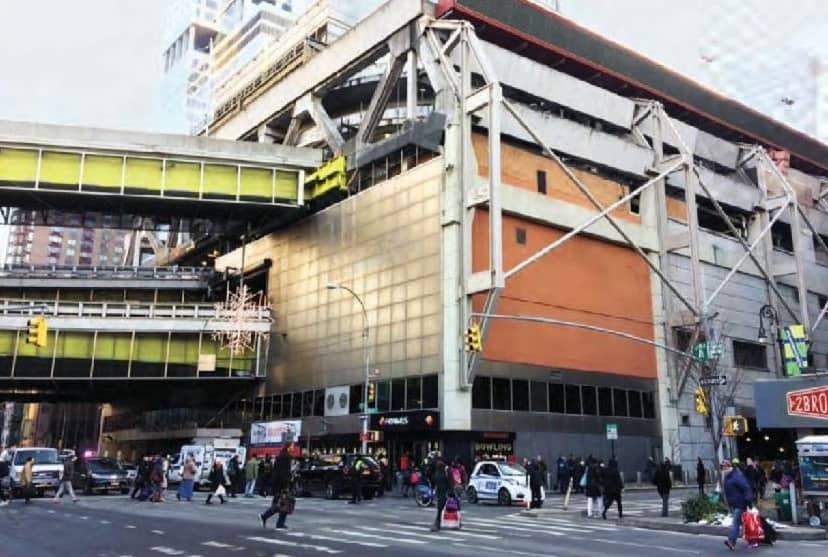 Red tape is keeping the Port Authority, and New York’s landscape, stuck in the past.
Justin Davidson

To remind myself why New York has so much trouble growing into the modern city it should be, I find it helpful to follow my dog down the block. If he urinates on the trash bags that get strewn on the curb as per our primitive waste-collection system, he’s committing an outrage against the Department of Sanitation. If he waits for a hydrant, that’s the Fire Department’s turf. Sometimes he targets a bus stop, in which case he’s hitting a jurisdictional twofer: the Department of Transportation and the New York City Transit Authority, a division of the MTA. An orange traffic cone is another favorite, and that might be taken as a gesture of affection for the Department of Design and Construction or possibly the NYPD. He might also cross the street into Parks Department territory or decide to go back indoors where the Department of Buildings rules. And if his license has expired, that’s an issue for the Department of Health.

Now, if my pup can run afoul of that many city agencies in a two-minute stroll down the block, imagine the head- spinning bureaucratic maneuvers involved in, say, achieving safer, quicker, and more comfortable commutes for millions of New Yorkers. All cities apportion the elements of urban life among different branches of government, but New York’s agencies, authorities, departments, and public corporations have evolved into billion-dollar fiefdoms with their own cultures, goals, and instincts for self-preservation. Some intramural conflict is a given in government, and democracy depends on competing visions slugging it out for a spot atop the agenda. Hammering separate bureaucracies into a collaborative enterprise is the job of the city’s chief executive. (Doing it would require a full-time mayor, though, preferably one who’s not bored by the task.) The result is a ganglion of conflicting agendas, exemplified by the city’s shambling approach to traffic safety: No sooner has the Transportation Department built a bike lane, for example, than cop cars and garbage trucks block it.