The Girl With the Midas Touch 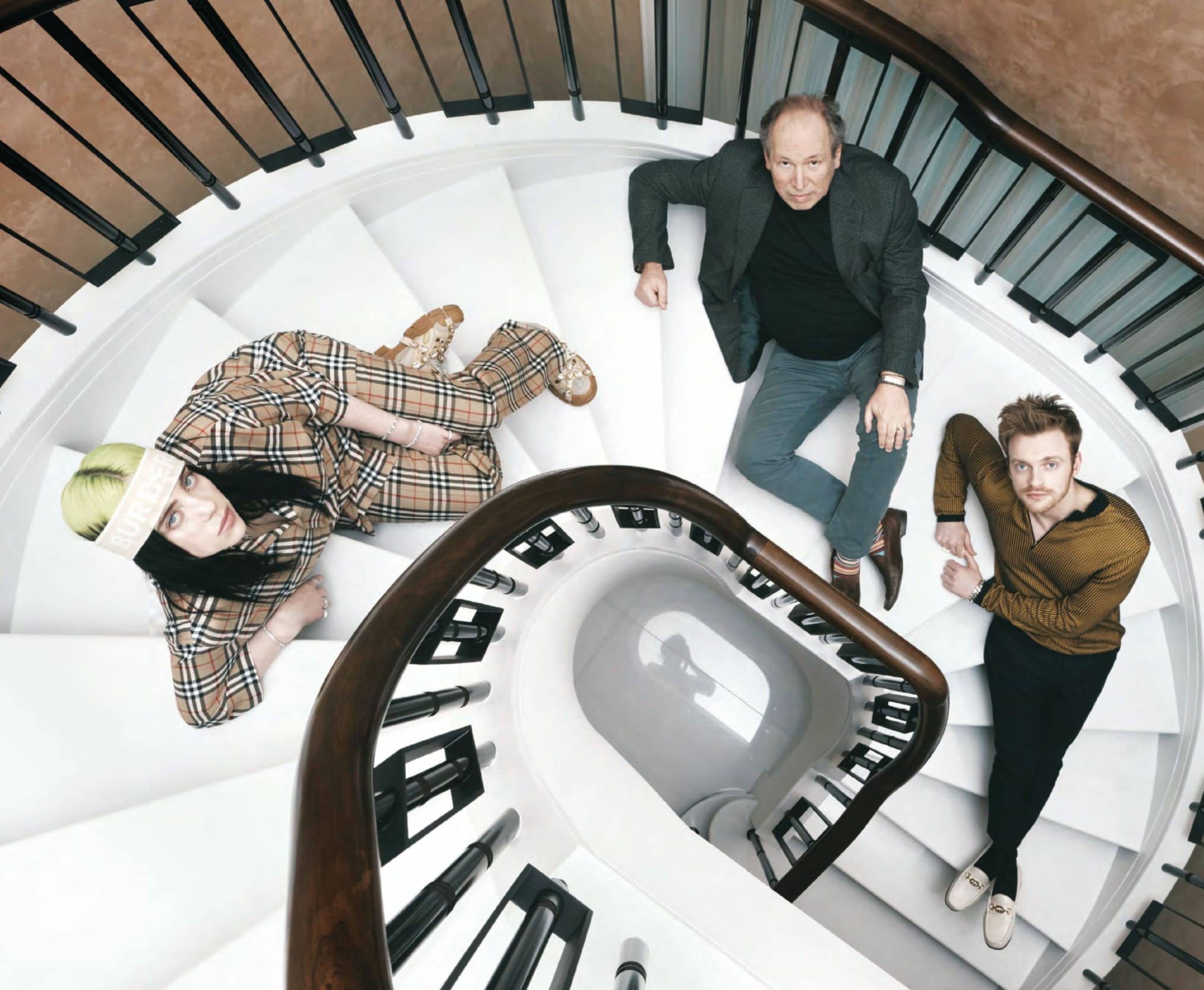 How Billie Eilish, Finneas, and Hans Zimmer rethought the James Bond theme for a new generation.

NO TIME TO DIE opens November 25.

BILLIE EILISH BUILT a blockbuster in a bedroom, so it makes sense she’d record a Bond song on a tour bus. “We recorded the vocals in a bunk in the dark on the bus in a basement in Texas,” she recalls of the creation of “No Time to Die,” her song for the James Bond film of the same name, set to be released later this year. “It was pitch black. No movement. I was just, literally, holding a mic.”

This is nothing new for Eilish, 18, and her older brother, Finneas, 22, who recorded her 2019 debut, When We All Fall Asleep, Where Do We Go?, in their parents’ Southern California home. The album netted billions of streams and almost as many Grammys and cemented Eilish as a generation-defining pop act. So when the duo tackled the particular cultural institution of the James Bond theme, they again sought intimate settings. The result is “No Time to Die,” a big, big ballad. For all her outward signifiers of Gen-Z genre clash, Eilish proves herself to be a throwback powerhouse vocalist on the track.

She’ll need that power, too. Not long after the song came out, concerns about the coronavirus prompted the producers of No Time to Die to delay the film’s release until November. (It was originally set to open worldwide in April.) That means that Eilish’s track will be out there, by itself, for months, a theme song to a movie nobody can see just yet.

As she explains the process behind the song, Eilish is sitting on a couch in a cloistered London hotel penthouse. (Before gaining access to the correct exclusive elevator, I was checked by three separate, stiffly smiling members of the staff.) She is flanked by the endearingly polite Finneas and the endearingly excitable Hans Zimmer, 62, the iconic soundtrack composer (Thelma & Louise, Inception, the Dark Knight trilogy) who wrote the film’s score and added string orchestration to “No Time to Die.” She is in Burberry to the headband.