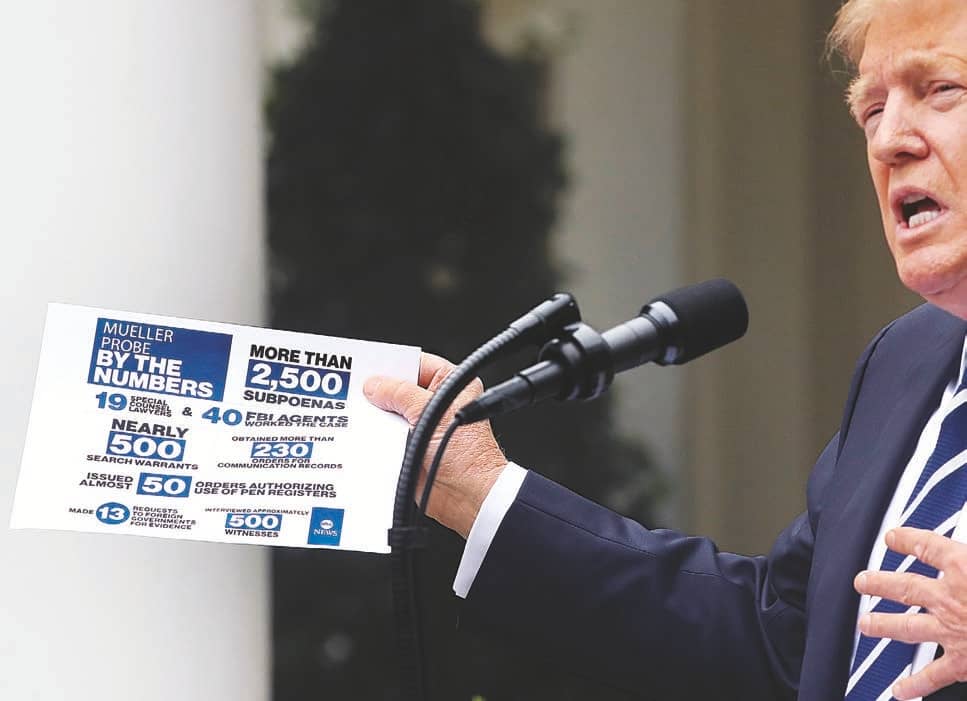 Laugh at our president, sure—but also watch what he’s doing.

In the Trump era, the abnormalities stack up on each other in so many layers it becomes difficult to recall what normal looks like. From time to time, it is worth pausing to reorient yourself. One such moment occurred on May 20, near the one-hour mark of a rally President Trump held in Montoursville, Pennsylvania.

Before going further, bear in mind how unusual the mere existence of this rally is. The custom for presidents is to stop campaigning after the election and use their public remarks to address the country as a whole, before—should they decide to seek reelection—shifting back into campaign mode during their fourth year. Trump has never observed any such distinction. He has continued holding campaign rallies throughout his term, presenting himself as a champion of his supporters, engaged in total, endless war with their enemies in the Deep State, the news media, and other hostile bastions.

“You joined our movement,” he said to the crowd, making clear which subset of the country he was speaking to, “because you rejected the failures and betrayals of the past … You reclaimed your destiny, you defended your dignity, and you took back your country.” The clanging, ethno nationalist oratory felt weirdly out of time and place. “Joined our movement”? “Reclaimed your destiny”? “Defended your dignity”? It sounded less like a speech by an American president than like lines uttered by one of the leaders of the Axis powers.

The president then began riffing on the investigation into his campaign’s connections with Russia, which he repeatedly referred to as “treason.” By “treason” he did not mean his encouraging a foreign power to intervene in an American election but rather the investigation into the crime, turning the normal definition of patriotism on its head. The crowd broke into the trademark chant “Lock them up!” which began in 2016 as a supposed endorsement of email-security-protocol enforcement and has morphed into a generalized demand to imprison Trump’s opponents. Trump’s critics have grown increasingly numb to this chant, even as its meaning has grown in menace.