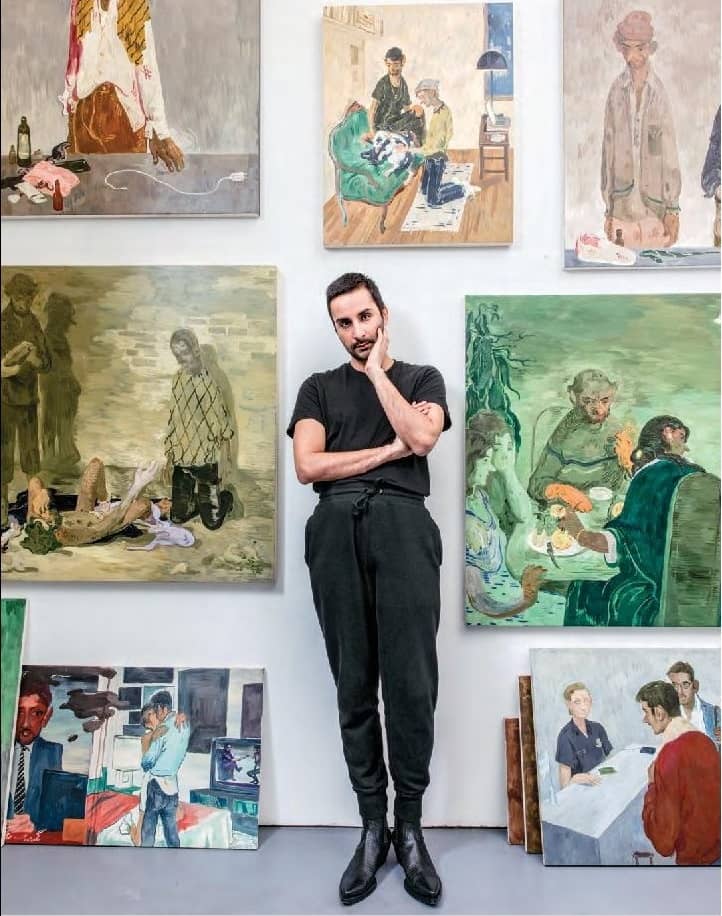 The new Bob Dylan musical Girl From the North Country sinks like a stone.

A couple of years ago, when Bob Dylan won the Nobel Prize, a lot of us thought carefully about whether a Dylan song is “literature.” Dylan was surprised to find his work evaluated in that light, so he and we spent a while pushing around ideas about his approach to text and the nature of a lyric without its tune. In Conor McPherson’s play-with-music Girl From the North Country, now on Broadway, you get to have an upside-down version of that conversation all over again. The Irish playwright was given carte blanche to use Dylan’s songs in a theatrical treatment, and the not-exactly-jukebox result is an Americana-flavored atmospheric. So what’s left when Dylan’s literary lyrics are abraded by deliberate misreadings? What’s left when all those wildly varying songs are smoothed into pretty, same-sounding mood pieces? Dylan without the music wins a Nobel—but Dylan’s music without the meaning wins … less.

McPherson, who also directs and co-arranged some songs, responded to the Dylan corpus by dumping all elements of biography but one: his birthplace of Duluth, Minnesota. He then concocted a soap-opera version of Great Depression-era Duluth, extremely hard up yet surprisingly diverse and rich in complication. The staging itself evokes a radio drama:

As the company fills an empty stage with pieces of mismatched ’30s furniture, Doc (Robert Joy), a knockoff of the Stage Manager from Our Town, grabs a microphone to give us the character rundown. We’re in a hotel run by Nick Laine (Jay O. Sanders), who is perilously close to foreclosure and ruin, constantly distressed by his wife, Elizabeth (Mare Winningham), who has dementia, and mildly involved with a boarder, Mrs. Neilsen (Jeannette Bayardelle). He’s also keenly irritated with his children, the drunk writer- wannabe Gene (Colton Ryan) and pregnant but unmarried Marianne (Kimber Elayne Sprawl). The hotel and town have their own crooks and seekers too, but despite the many satellite narratives McPherson throws up in orbit, Nick is clearly his central point. Don’t worry about that title—swap out that “Girl” for a Man.

Doc, when he gets on that Garrison Keillor mic, talks very quickly. It’s the winter of 1934, and the economy is about to tear all these people apart. Before that, he’s got to download whole life stories, like how a young black Marianne wound up the white Laines’ adopted daughter, how she got pregnant (a hint that it might be a supernatural child goes nowhere), and whether a new arrival, the boxer Joe (Austin Scott), might be a good or a bad suitor for her. There are ten other characters jockeying for our attention who often rally together for foot-stomping’ arrangements of Dylan songs from deep down in the catalogue. You will not hear “Blowin’ in the Wind,” my friends. You will hear “Idiot Wind” instead; you will hear “True Love Tends to Forget.”

McPherson can cram a dozen stories into two and a half hours because he works in sketches, using quickly recognizable clichés that let us fill in the outlines for ourselves. The Bible salesman (Matt McGrath) with the greasy hair? A villain, obviously, no need to show us why. The tall, strong man (Todd Almond) with the mind of a child? Don’t bother explaining that he’s got terrible violence in him, because we all read Of Mice and Men in junior high. McPherson’s plays, many of them spectacularly good, have sometimes used these thick crayon strokes—those self-deceiving, gamble-happy drunks in The Seafarer are recognizable when they walk onstage too. But when McPherson writes in Irish stereotype, American eyes smile. When he rocks up trying to deploy our stereotypes? My eyes got very narrow indeed.

McPherson’s main dramaturgical problem here is magnitude. The size of the show is wrong, the size of the stories, the scenes, everything. It’s simultaneously too long and too short—at times, so many people are getting introduced, it feels like a pilot setting up a ten-episode season. We know McPherson, when undistracted by songs, has one of the great senses of theatrical balance: He wrote plays like The Weir and The Night Alive, so perfect they seem to continue on even after they’re over, like a bicycle wheeling along with the rider gone. That equilibrium abandons him in this his first musical—he hasn’t worked out how to get into songs gracefully nor how to disguise that repetitive, get-to the-next-number structure.

And there’s something perverse about the way Dylan’s lyrics are handled. We are kind of meant to pay attention to them, kind of not. For instance, the boxer Joe sings a galeforce version of “Hurricane,” which is indeed about a boxer. Those parts, you’re allowed to process. But you should also be cool enough to ignore all the lyrics about “the hot New Jersey night,” since that part’s not applicable. The push-me-pull-you annoyance of it leaves you unwilling to parse the lyrics at all. This reaches its absolute peak when the wonderful Luba Mason—a hotel tenant with secrets and woes to spare— wanders onstage during “Señor.” She’s just been wounded to the bone—but “Señor, señor,” the others croon, as she scuffs the floor with her shoe. What? You have to laugh.