The Art World's Mini-Madoff And Me 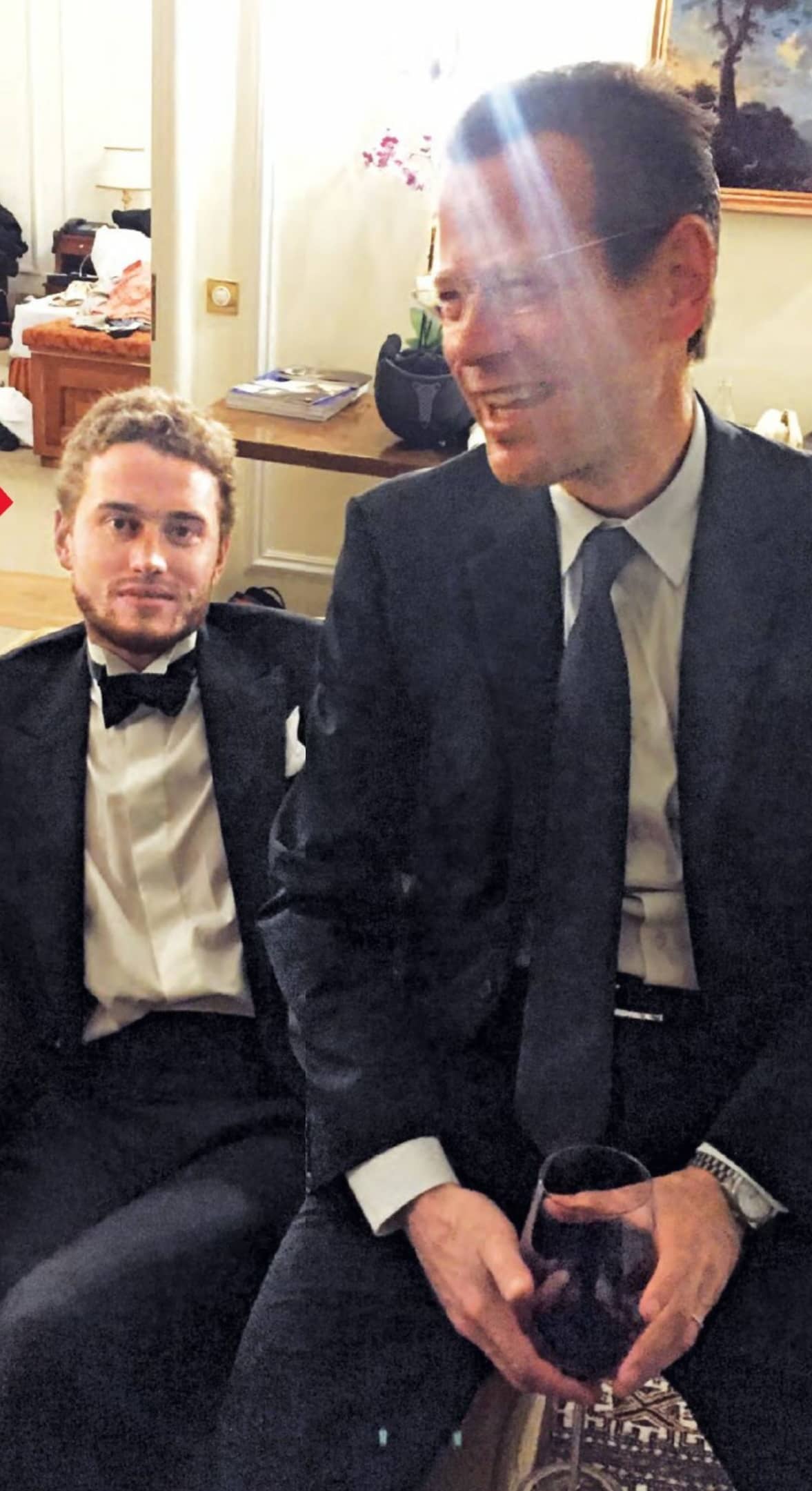 For a few years, Inigo Philbrick and I were inseparable. And then it turned out he was running a con. Not that he thinks he did anything wrong. But did I?

WHEN I FIRST MET INIGO Philbrick in 2012, he was all of 25, looked an awful lot like Justin Timberlake, and was running an art gallery called Modern Collections in London’s Mayfair district. Despite sounding like a spinoff of Bed Bath & Beyond, it was backed by the astute and prescient art insider Jay Jopling, who’d founded White Cube gallery and helped give the world the careers of Tracey Emin and Damien Hirst—for better or worse. I was immediately smitten, professionally and personally; Philbrick was sharp, fun, and funny.

He was slim, neither short nor tall, with closely cropped gingerish curls and carefully manicured stubble to the point just shy of reaching a fully-fledged beard. He was American but vaguely posh accented, with an English-educated art-museum-curator father, Harry Philbrick, whom he’d followed to Goldsmiths, University of London, as a fine-arts student. The sort of person who fit in seamlessly among the well-educated, well-tailored, well-traveled tribe that populates the art world, even if, unlike so many of them, he didn’t happen to have the inherited funds. Already, however, he had the airy arrogance and profound self-assuredness you find in the smoothest and most convincing of art dealers.

And for a long time, I thought that was one of the most fortunate days of my life, since, soon after I bought a Nate Lowman painting from Modern Collections, we became friends and art-world wingmen for each other in life and business. Though I’d been making art, teaching, and curating as well as buying and selling art at auction and brokering sales between art dealers for more than 20 years by then, the last eight while living in London—all the while writing about the trade from an insider’s perspective—I’d never made all that much money off it all. The art world seems like it’s flooded with dough, and it is, but its best-publicized assets (pricey name-brand artworks) are for the most part bid up and exchanged among a rather limited number of people, most of whom are already deeply entrenched in the market. It’s a game easy to gawk at but not as easy to be dealt into. And Philbrick was determined to be a player.

For a few years, we drank a great deal of very expensive wine and ate obscenely priced sushi rolls. We took trips together: New Year’s in St. Moritz, summers in Spain (not Ibiza; he was too busy, he told me, when he was with the “clients” he never wanted me to interact with), and art trips to Dijon, Milan, Paris, and even Crystal Bridges in Arkansas, frequently on jets he’d chartered for the occasion. Between competing for steps on the iPhone Health app and drinking institutional amounts of red wine and Monkey 47 gin, we talked shop. We were friends. We loved art. He was a key source of information for my column on Artnet; a character I invented called Deep Pockets was an amalgam of insiders but primarily Philbrick. My kids would always say, “Inigo is either the next Larry G. [Gagosian] or a future jailbird,” years before any major red flags arose—little geniuses that they are.

Friends would accuse me of loving him, and I can’t deny that. Not in a physical way so much, though there was admittedly a lot of horsing around, especially under the influence, which we often were. He’d frequently slip my glasses on when I’d remove them to text. He even grabbed me once following an afternoon consumed by consuming a few bottles and put me into a violent bear hug on a London street corner that I had to struggle my way out of.

Through all of this, he helped me make a good deal of money, I’ll admit. He’d sell me, say, a Christopher Wool work on paper for around $800,000 or a Rudolf Stingel on canvas for around a million dollars, then he’d resell it to another client and we’d both pocket a few hundred thousand. Philbrick sauntered into the salesrooms like a seasoned veteran beyond his years with balls of steel. I used him to get access to evening auction tickets, as I was blacklisted from time to time for my writing, and he liked the breadth of my experience and the profile that my writing enjoys. As recently as December 2018, I wrote on Artnet News that “the young dealer … has kept a low profile as a secondary trader well known among the cognoscenti for being shrewd and having a mind of his own … a rarity in the market.”

I didn’t realize how he might be in over his head—or the extent of it—until six months or so after I wrote that. It was around then that he was accused of selling art that wasn’t his to sell in elaborate transactions and trying to hide that even more elaborately. Philbrick, it seemed, was a mini-Madoff of the art world.

It appears he could have cheated people out of $70 million or more. I wasn’t immune either; he took me—his friend!— for $1.75 million when we (or so he told me, anyway) bought a Stingel copper cast together with another partner.

As all of this came to light, last November, he vanished.

AS AN ART DEALER, he had few rivals, from his generation or beyond. He had an uncanny knack for finding the very best examples of a select group of artists who were in demand (or would soon be) and knowing the minutiae of those markets better than anyone I’ve met. It was his facility for finding great examples of highly sought-after art, and the well-endowed homes and art storages to park it in, no matter how temporarily, that attracted the deep-pocketed, from Jopling to a coterie of the young, privileged, and entitled.

He was a key source of information for my column on Artnet; a character I invented called Deep Pockets was an amalgam of insiders but primarily Philbrick.

Here’s how it worked: Philbrick made his money betting big on a rise in price for a few artists, notably Stingel, who is known for his seemingly endless series of indistinguishable paintings of wallpaper (I’m not kidding, though I admit to liking them), and Wool, whose most famous text painting fittingly spells out the word fool. It worked so well for a while—Stingel’s prices went as high as $10.5 million in May 2017— that he called himself “Stingeldamus.”

Philbrick had a close-knit group of friends and supporters he regularly traded with who were steadily driving up prices from one deal to the next. Often it was “secondary market” works (what car dealerships might call “pre-owned”), since galleries in various ways make it difficult to buy works of coveted “primary market” art (art that has not been previously sold, sometimes hot off the easel) by giving early access to their established collectors. These are people trusted not to flip the art and instead play along to the subtle and incremental holding game lest its value shoot up unsustainably quickly and then deflate. In practice, this often means that only insiders can reliably make money in an art market.

Sometimes you’d have to do clever things to get access. Philbrick would use a network of art advisers and proxies—even actual actors playing an art-interested version of their recognizable selves to starstruck gallerists—to buy works that might not be for sale directly to him, only to flip them.

The flip is what mattered, the prices going ever higher. If this sounds like the condo market in Miami Beach in 2007, there’s a reason for that.

The art market was estimated at $64 billion last year. But the value of art in existence is much more. Art is an asset class, but one that offers no dividends or income by hanging on the wall or, as is so often the case, being jammed into Fort Knox–like storage facilities in places like Geneva, designated “free ports” that function as government-sanctioned holding pens where, if the art is never hung on the walls, the owner doesn’t have to pay taxes on it. There it sits, hopefully maturing in value like a vintage wine. (There’s also wine and even cars parked in these facilities.)

How do you take advantage of that? The past decade has seen an avalanche of banks and finance companies offering easy credit collateralized by fine art and spurred by low-interest rates and the highly publicized spike in art prices. Basically, you’d borrow against your holdings and do what you could to ensure that the values rose, including selling off shares of the artworks and teaming up with others to spread the risk of artificially bidding up the prices.

With the greater expansion in the global art market in the past 25 years, things soon got a little too easygoing. Lenders once mandated that art collateral be held in neutral storage facilities they controlled, but over this time the requirements were loosened and borrowers were allowed to hang on to the art, giving some the opportunity to unscrupulously deal it (or to borrow more against the same collateral), supposedly to contribute to paying back the initial debt.