THE SWAMP: The Entire Presidency Is a Superspreading Event 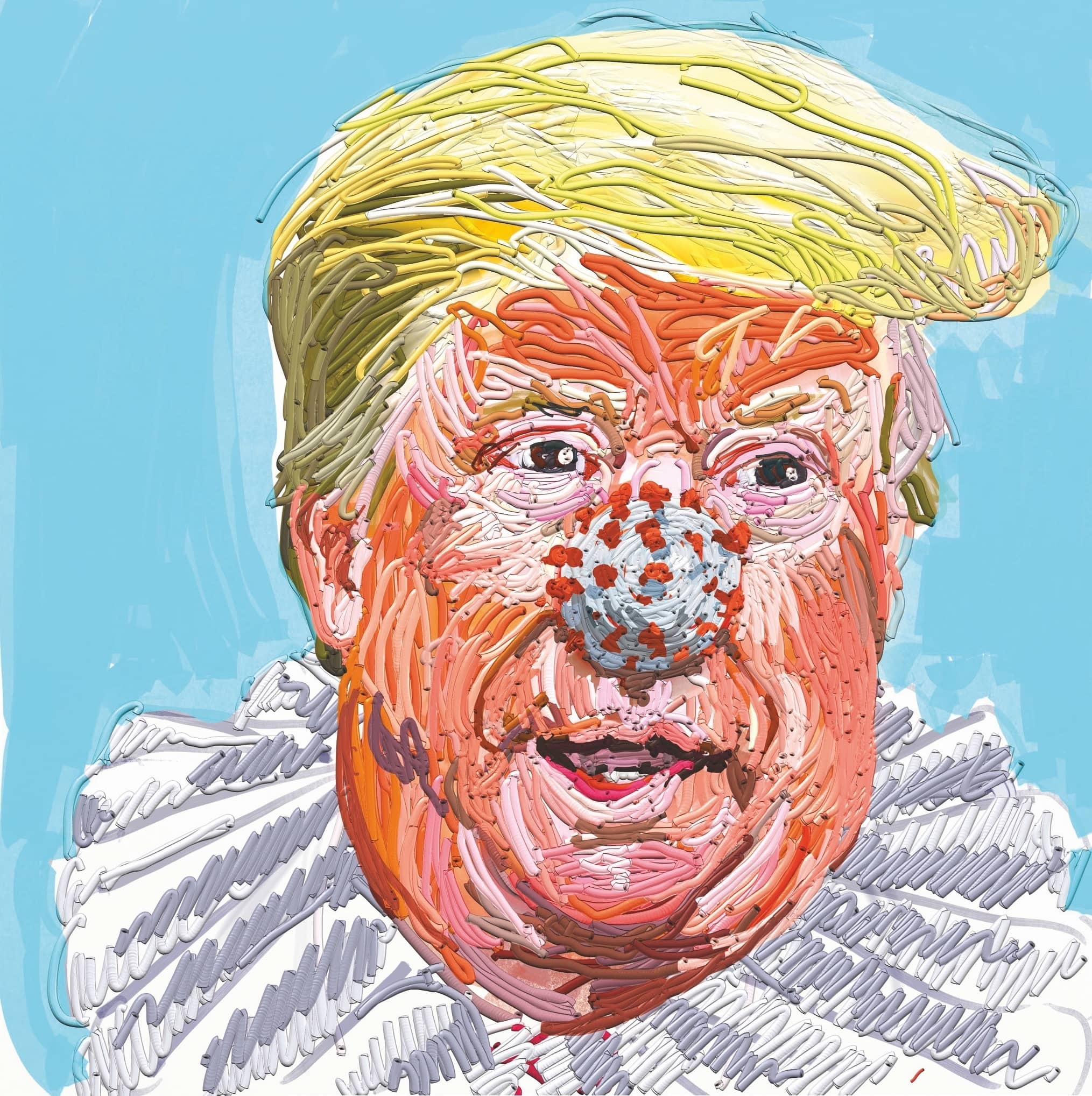 Down in the polls, high on steroids, and clinging to good health while endangering everyone else’s.

DONALD TRUMP was on the phone, and he was talking about dying. It was Saturday, October 3, and while his doctor had told the outside world that the president’s symptoms were nothing to worry about, Trump, cocooned in his suite at Walter Reed National Military Medical Center in Bethesda, Maryland, was telling those close to him something very different.

“I could be one of the diers,” he said. The person on the other end of the line couldn’t forget that unusual word the president used: dier. A seldom-said dictionary standard, it was a classic Trumpism, at once sinister and childlike. If being a loser was bad, being a dier was a lot worse. Losers can become winners again. Diers are losers forever. But aren’t we all diers in the end? Donald Trump, the least self-reflective man in America, was contemplating his own mortality.

He said it again: “I could be one of the diers.” The previous day, at 12:54 a.m., he had announced that he and the First Lady, Melania, had tested positive for covid-19 in an outbreak that would sideline dozens across the West Wing, the East Wing, the highest levels of the federal government, the military ranks, Trump’s 2020 campaign team, and prominent supporters in the religious community. The virus had barreled into the very White House that allowed its spread throughout the United States, where 213,000 were dead and 7.6 million more were infected amid the biggest economic collapse since the Great Depression.

As infections swelled nationwide, the virus made its way inside the president himself—an epic security failure with no modern analog. It was over a century ago, amid a pandemic in 1919, that Woodrow Wilson got sick in Paris. His White House blamed what it called a cold and a fever on the dreary weather. But, in fact, Wilson was sick with the virus now known as the Spanish flu, which killed hundreds of thousands of Americans as his administration looked away. One hundred and one years later, the story of Trump’s “mild symptoms” became less and less true as the hours ticked by. His fever crept up. His cough and congestion grew worse. Doctors gave him oxygen and administered a high dose of an experimental antibody treatment unavailable to the ailing masses and made using fetal tissue, a practice his administration opposes, from the drugmaker Regeneron. Still, he resisted going to Walter Reed. “I don’t need to go,” he said, according to a person who spoke to him. “I’m fine. I’m fine. We have everything we need here.”

Persuading him to leave the White House required an intervention from his doctors, members of the White House operations staff, the Secret Service, and his son-in-law and senior adviser, Jared Kushner. They had failed to stop the mass deaths of highrisk Americans, but they were going to save Trump, the most important high-risk American of them all. They told him, “This isn’t just your choice. This really isn’t about you. It’s about the presidency. Our job is to protect the presidency, and you occupy it.” They asked him to think about the military and everyone else whose life would be upended if the state of the country’s leadership was in doubt. 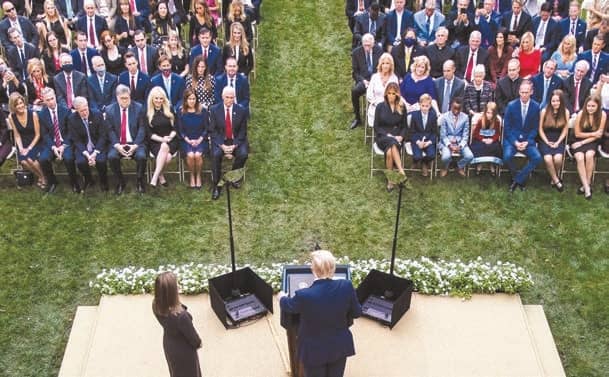 Fine. He agreed to walk across the South Lawn and board Marine One. The White House said the move was made “out of an abundance of caution.” In a video posted on social media, the president hinted that things weren’t so great. He put it this way: “I’m going to Walter Reed hospital. I think I’m doing very well, but we’re going to make sure that things work out.”

In the hospital, Trump’s world shrank overnight in a way it hadn’t since he arrived in Washington from New York to be sworn into office nearly four years ago. Contagious and isolated from his family and closest aides, he was accompanied by Dan Scavino, the social-media director who had first been his caddie and had survived at his side longer than anyone who wasn’t blood, and Mark Meadows, his highly emotional chief of staff, who slept in a room nearby, and was attended to by a team of camera-conscious doctors. In this sterilized confinement, he tried to distract himself from his illness. He plotted his escape, planned public-relations stunts, watched TV, and took calls from friends, members of his staff, and Republican lawmakers. But he remained consumed by what the doctors told him about his chances of survival. It wasn’t a sure thing.

Nine months into the pandemic and one month away from Election Day, the president considered for the first time that the disease killing him in the polls, threatening his political future, might just kill him, too. On the phone he remarked sarcastically, “This change of scenery has been great.”

He asked for an update on who else in his circle had contracted the virus, though he expressed no regret, no indication that he understood his own decisions could have led to the infections. Unable to process the irony of his own misfortune, he tried his best to find the Trumpiest spin. Looked at one way, he was having the greatest and most important illness of all time. He had the best care in the world, and he raved about the virtues of the drugs the doctors had him on, including dexamethasone, a steroid pumping up his lungs that can induce euphoria. He was awed by the wonders of modern medicine. He said he was feeling really good, and it didn’t sound like he was lying. Then he admitted something scary. That how he felt might not mean much in the end.

STATISTICALLY, the coronavirus is more likely to cost Donald Trump the White House than his life, though the threat to the latter isn’t helping the former. Three weeks before the election, potentially contagious and freaking everybody out, Trump faces what looks like the end of his presidency. “He’s mishandled the coronavirus, he’s never been popular, and he’s gonna lose badly. I think it’s pretty simple,” a senior Republican official said. “Of course he was going to say, ‘Oh look, I feel great! Look how badly I beat this puny little virus!’ Meanwhile, it touches every American’s life every day in multiple different ways, and he’s handled it badly and people don’t forget that.” Or, as ex–Trump adviser Sam Nunberg put it, “Everything has just completely gone to shit.”