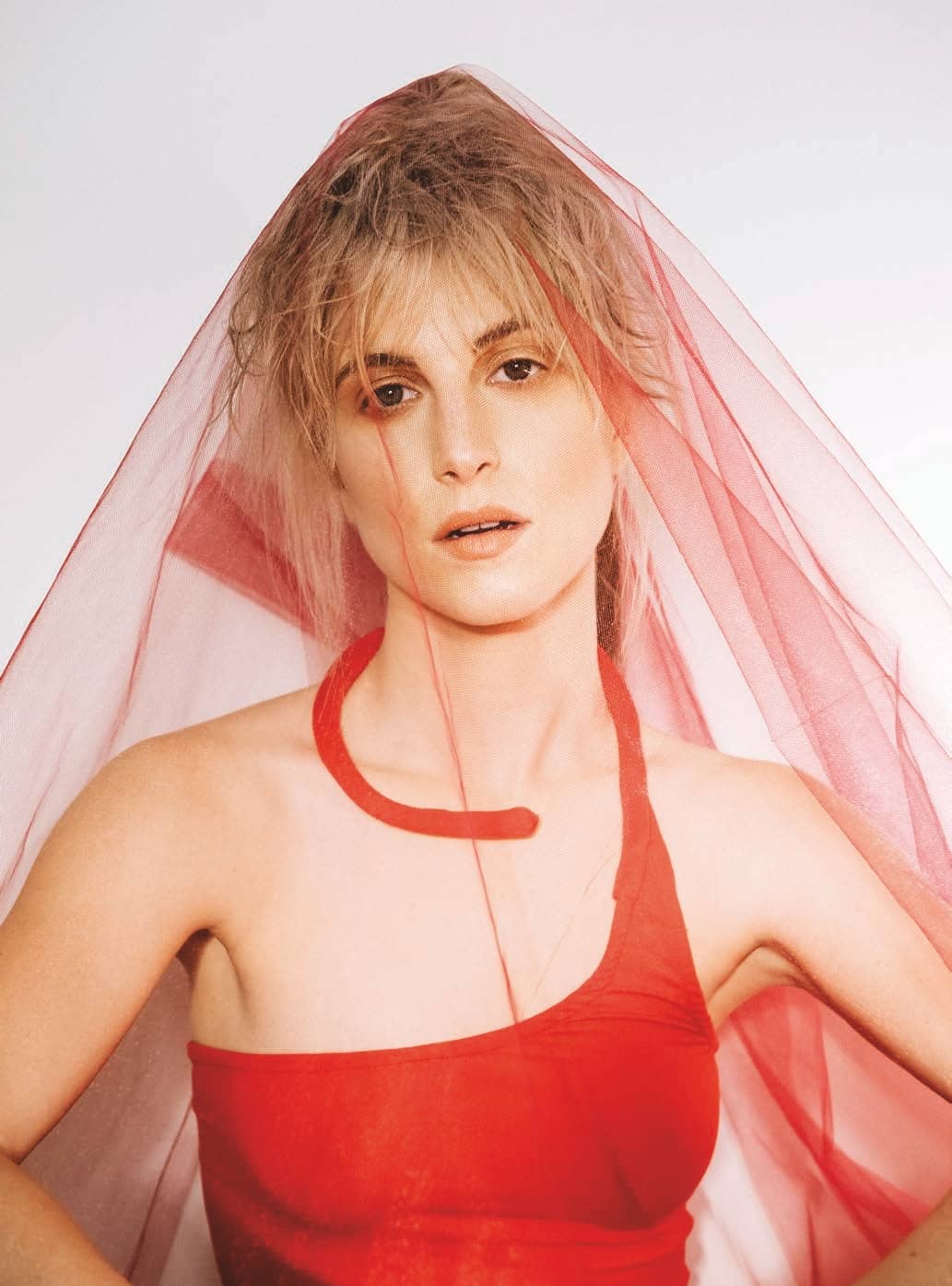 WHEN HAYLEY WILLIAMS started the pop-punk group Paramore at 15, all she wanted was to be in a band with her best guy friends. And for a while, that’s what she did. But as she grew into an icon for emo kids, releasing platinum albums with her band, Paramore was disintegrating. The narrative circulated by former bandmate Josh Farro, and favored by music trades, was that Williams was a domineering leader. “I could have had a dick and the story wouldn’t have gotten any traction,” Williams, now 31, said. Farro and his brother Zac left the band in 2010, and over the years Paramore went through multiple member changes. After a tour in 2018, Williams decided that she, too, needed a break. She was going through a divorce, and her depression had become unmanageable. She admitted herself to an intensive therapy clinic. And in 2019, she began writing the thing she swore she never would: a solo album, Petals for Armor, released in three parts.

Over Skype, Williams is beneath a weighted blanket; her dog, Alf, is goading her for attention. “Welcome to my bed,” she says, smiling. “It usually takes more than a couple meetings before I get someone in here.”

Paramore is almost two decades old. In those early days, you were always the only female in male spaces.

I did not know how toxic that world could be. The first time we got offered Warped Tour [in 2005], I’d been waiting. The guys and I didn’t listen to pop-punk [at that point]. We wanted to be darker. We wrote “Pressure,” and that was it—we were gonna write emo bops! Sick! I’m psyched that happened. But suddenly the type of attention we were getting was different.

The pop-punk and emo scene in the early 2000s. It was brutally misogynistic. We got offered Warped Tour, and there was a caveat: “It’s a stage called the Shiragirl Stage. It’s all-female.” I was pissed! I wanted to qualify for a real stage. That summer we went out, and I’ll never forget it. We played in Florida, and the stage was a truck that had a flatbed on it. It was so flimsy it would shake and fall apart. There might have been one other female in a band, and people were gawking. They were confused, like, What’s she singing about? I’m a guy—how do I relate?

You think it was that overt?

I purposely wrote without pronouns for years because of it. I would spit farther, yell louder, and thrash my neck wilder than anyone. The next summer, we moved up to a slightly bigger stage. That was the year of the fucking condoms.

The year of the condoms?