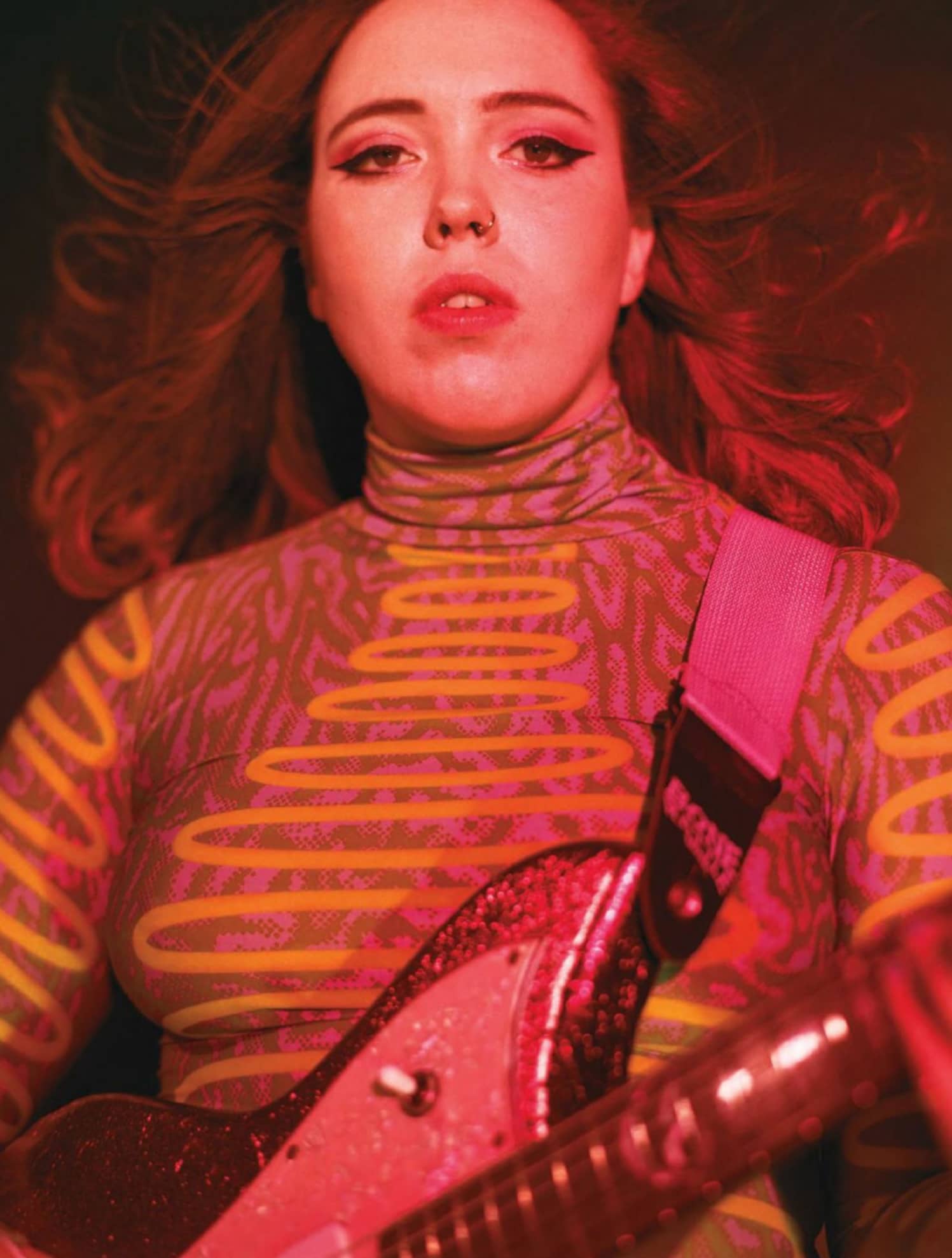 Outfitted in grungy fishnets, an array of glittery hair clips, and a black satin slipdress layered atop a long-sleeved T-shirt, Sophie Allison keeps the dream of the ’90s alive—never mind that the 22-year-old musician, who records as Soccer Mommy, was alive for only about two and a half years of that decade. Actually, maybe that’s the point.

“I love ’90s stuff, I love early 2000s stuff,” she tells me one drizzly Thursday in midFebruary before we head out to go antiquing at Furnish Green, this shop that’s hidden away on the third floor of an old building near Herald Square. “I feel like that’s because that was the culture when I was, like, a 5-year-old,” she adds. “I was imagining being a teen and being a young adult and how cool it was going to be. So I feel like that’s why I, and a lot of people my age, have this attachment and nostalgia for that kind of stuff. It’s what we looked up to when we were kids.”

It’s also a time in her life that Allison found herself reflecting upon when writing the songs on her new album, Color Theory (which, like her look, harks back to the days of dreamy, female-driven alternative rock à la the Breeders and Liz Phair). “I was thinking about being younger and how I’ve changed, how I might have thought I’d be and how I didn’t turn out that way,” she says. The ten songs that compose the record are even more ambitious and panoramic than those on her 2018 breakthrough, Clean, toggling from her childhood to her current reality and plumbing the depths of her family history to better understand her own mental health. “It’s a half-hearted calm, the way I’ve felt since I was 13,” she sings on the opener, “Bloodstream,” a tuneful and raw reflection on depression and self-doubt.