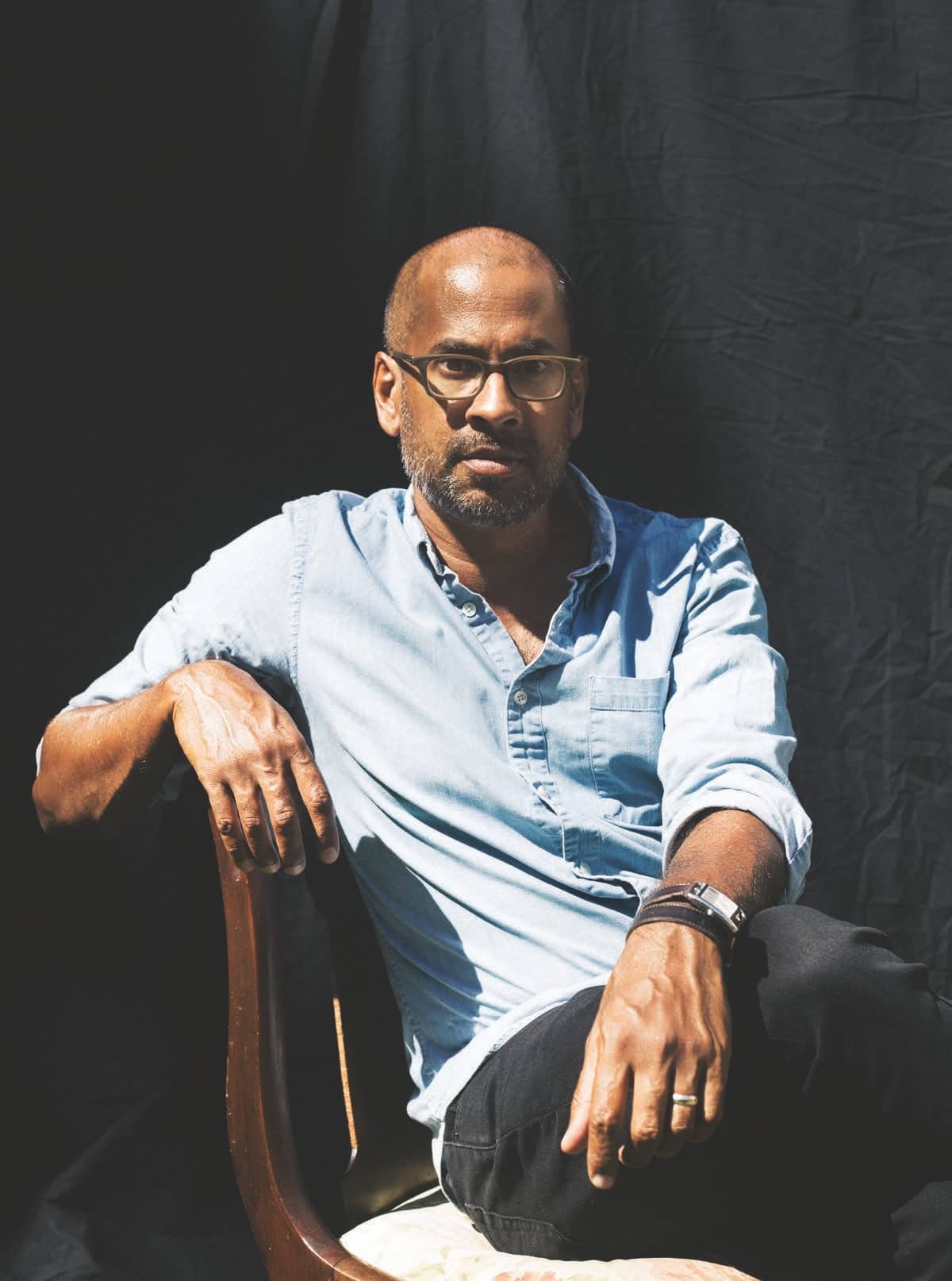 In Rumaan Alam’s new thriller, a white family staying at a Hamptons Airbnb is startled when the Black owners knock on the door.

LEAVE THE WORLD BEHIND is out on October 6.

A LITTLE MORE THAN two years ago, the novelist and critic Rumaan Alam landed a job as the editor of special projects at The New York Times Book Review. It was a dream job—of course it was—and he pictured himself working at that hallowed institution for the rest of his career. But a few months into his tenure, he began to feel he was failing. Was he just not good enough to make it work? A troubling thought crept into his mind, one that had dogged him throughout his years working at prestigious New York media institutions: What if the Times had hired him not because it valued his mind but because it wanted to prove it cared about diversity? He was so disturbed by this possibility that he quit the job before the year was out.

This thought had haunted his life as a novelist as well. For as long as he had been a writer, Alam imagined that certain people, including editors and publishers, expected him to write about people he outwardly resembled. They didn’t say it outright, but he sometimes felt their faces or tones betrayed that they found him interesting less because of anything he said or wrote than because of where his parents happened to be from. This perception had partly shaped his first two novels, which he’d written from the perspectives of wealthy white women, a choice that felt to him like a quiet act of rebellion. The winter he left the Times, he secluded himself from his family in Brooklyn hotel rooms and poured his existential dread into his writing.

The resulting book, Leave the World Behind, is poised to be one of the biggest titles of the fall. Netflix has already snapped it up after a heated bidding war, with Sam Esmail directing and Julia Roberts and Denzel Washington set to star. An unsettling and seductive literary thriller, it begins with an upper-middle-class white family vacationing at a luxurious Airbnb in the Hamptons. In the middle of the night, a wealthy Black couple show up, declare that they are the homeowners, and bring news of a mysterious apocalyptic event. When they ask to be let in, the uncomfortable prejudices lurking beneath the guests’ nice white liberal façade rise to the surface. “This didn’t seem to her like the sort of house where black people lived,” Alam writes of Amanda, the white woman; immediately after, she wonders what she meant by that.

As in his earlier books, Alam displays a gift for writing about wealthy white people, capturing white women in particular with cutting precision. “My work is autobiographical,” he told me the other day over vodkas-on-ice in his Brooklyn backyard. “But no one can see it.”

THE DETAILS OF ALAM’S life, both large and small, are hidden throughout his novels. Like the protagonist of his second book, That Kind of Mother, he grew up in an affluent suburb of Washington, D.C., “which is like growing up nowhere,” he says. His parents moved there from Bangladesh in the ’70s in pursuit of higher education and a stable life. His mother became a doctor, his father an architect, and together they built an upper-middle-class life for their children. Alam says he had no sense that he was different from his classmates at school, who were nearly all white. “My parents really valued assimilation,” Alam tells me. “They were leaving a political system that had failed, and there was no desire on the part of either of my parents to look back with any rose-colored perspective. We were there to be American. They were extremely clear about that.” The second of four children, Alam recalls a childhood devoid of any remnants of his heritage. They went to the country club, ate tuna casserole and Kix cereal, didn’t go to a mosque, and had few South Asian friends. “I was raised like any other white kid in any other nice house in any other fancy American suburb,” he says.

An obsessive reader, he exhausted the children’s branch of the local library when he was 9 or 10 and moved on to adult material—Agatha Christie, Robert Ludlum, and Tom Clancy. He already knew he wanted to be a writer. His formative years were spent trying to emulate works by white authors because that was what he understood literature to be. At Oberlin, where he studied creative writing, he began work on a novel about a rich white woman studying at a midwestern liberal-arts college. In 1997, after his sophomore year, The New Yorker published a special fiction issue dedicated to Indian writers. “This had a huge effect on me,” Alam says. The effect wasn’t, as some might imagine, a widening of possibility, a blueprint for how he might approach his own career. “It underscored the way in which an Establishment that judges what fiction is will always append that modifier,” he says: Indian fiction. As a child of high-achieving immigrants growing up in Reagan’s America, Alam did not want to be niche. “I wanted to succeed at a game I didn’t devise but whose rules I was able to read and internalize.”